Bitcoin (BTC) breaks US$12,000 to continue its blistering rise

There's a little bit of everything behind Bitcoin's massive price rise this week. 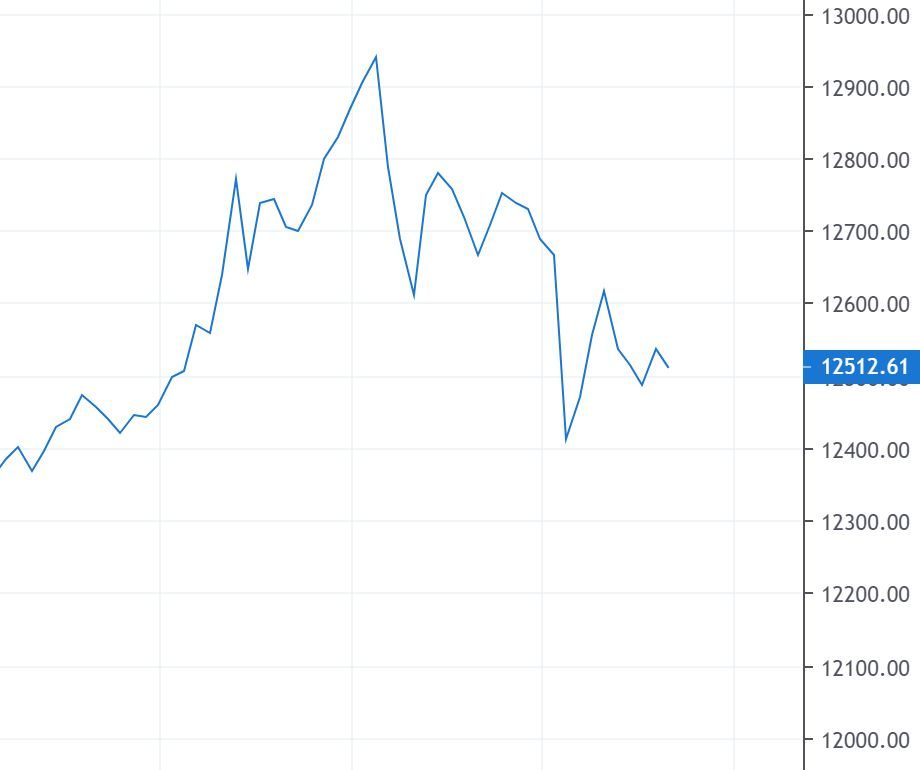 This continues the pattern seen since around $10,000, and Bitcoin appears to be pinballing between $1,000 price increments now.

The markets are evidently feeling quite twitchy right now.

So, is anything in particular causing this rise, or is it just Bitcoin having another fit of price hysteria?

Is Libra causing the rise?

The most obvious commonly credited cause of this rise is probably the Facebook-affiliated Libra cryptocurrency. It's a polarising project, but it's also widely held that it will be good for Bitcoin by serving as an on-ramp.

"Whether people realise it or not, crypto is now the third asset class, in addition to property and shares. The arrival of Facebook's Libra will assist to promote greater awareness of crypto and help to encourage greater use of digital currencies across society as part of everyday life," said Ajeet Khurana, CEO of Zebpay, formerly one of India's leading cryptocurrency exchanges before the ban, and currently a global exchange in countries including Australia.

"With Facebook's Libra, a billion new people will understand the obvious benefits of electronic (blockchain-based) money. And when people make that leap forward, digital currencies such as Bitcoin will be easier to appreciate by a much wider audience," Khurana continued.

Of course, Libra isn't out yet, so it's hard to attribute the current rise to a newfound public appreciation of digital assets.

That said, Libra's reveal almost certainly acted as a stamp of approval of sorts for crypto and blockchain more generally. When you have people on one side of the fence saying crypto is all a big scam, and people on the other side loudly talking about how Bitcoin is the greatest thing ever, a grand gesture like Libra is likely to shunt some of the fence-sitters onto the crypto side.

So far, Libra by itself probably isn't having much of a direct impact on Bitcoin prices.

That "institutional money is coming" trope has been bandied around the crypto markets for a while now, but it's also very true, and given the magnitude of institutional interest in Bitcoin and crypto, a sharp rise is not entirely unexpected.

Beyond Facebook, you also have Bakkt, Fidelity and Nasdaq, a host of under-the-radar projects and a whole army of well-heeled private buyers and investment funds. According to at least one informal survey from eToro senior analyst Mati Greenspan, this is what most people think is primarily driving the current price action. 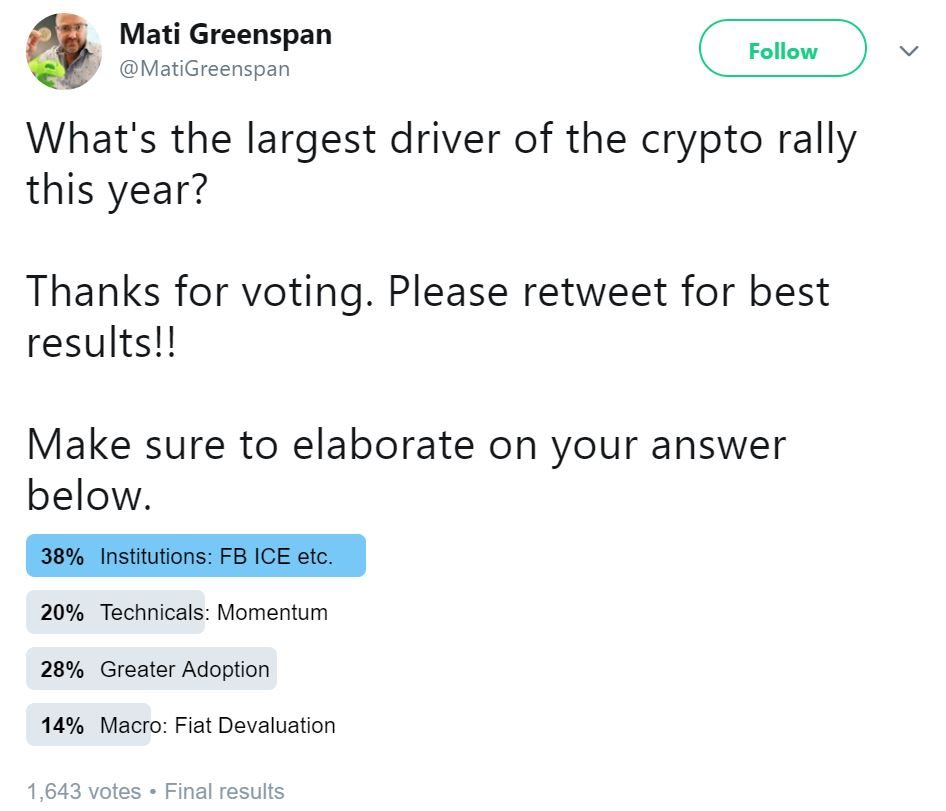 "The number one write-in answer to the poll though was 'all of the above'," Greenspan noted. "A rally of this magnitude doesn't usually happen based on one catalyst. It's a general change in sentiment in a market with extremely limited supply."

Bitcoin's smashing of the psychological $10,000 barrier could be part of the reason for the current wild ride, but it's tough to ascribe too much significance to those kinds of purely symbolic developments. The best explanation for the ongoing rise today might be found by going back to the bowels of crypto winter and examining the factors behind the emergence of the first buds of crypto spring.

And the picture was the same then as it is now.

The big rises of the last few months were preceded by a range of technical indicators, and the price rises right now are well in keeping with Bitcoin's long-term historical performance dating back to 2015. It's also a near-perfect match for next year's "halvening," when the amount of new Bitcoin created by each block will be cut from 12.5 to 6.25.

Essentially, the halvening means the supply of Bitcoin will drop sharply, which means prices should go up, assuming you subscribe to the usual theories of straight-up supply and demand in Bitcoin. Historically, the markets have started pricing in each halvening about a year in advance, and the next Bitcoin halvening is due on 21 May 2020. It's a near-perfect match-up.

The most reassuring part of that theory is that it implies Bitcoin really is responding to something like normal, rational economic rules.