Bitcoin bloodbath: Step-by-step explainer of what just happened to the crypto market 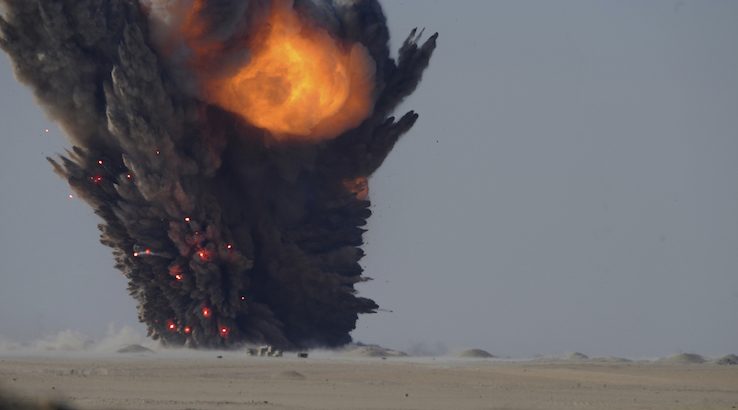 It's a cryptocurrency bloodbath. Bitcoin prices fell by 15% in the space of a few minutes, and the rest of the crypto markets are similarly experiencing a great deal of pain today.

Let's walk through what happened, step by step.

At precisely midnight (UTC) on whatever day it is that lies exactly between 22 and 23 September, the highly-anticipated Bakkt Bitcoin futures platform opened for trading. It didn't go well.

Trading volumes were miserable, which was quite problematic seeing as the whole point of Bakkt was to gauge Bitcoin appetite among serious investors in a transparent, well-regulated market. As the hype was replaced by disappointment, prices started sinking as traders started pricing the Bakkt lift out of the market.

While it may not look like much, the change caused by Bakkt's flop of a launch was quite stark.

Bitcoin's volatility was at its lowest point since April right as it launched. Then as soon as it did, prices started trending downwards, visibly departing from the $10,000 range it had been living in.

Prices continued slumping, but this time some of the sophisticated traders on BitMEX had their enormous open long positions squeezed out of existence. This seismic event was captured by sophisticated analytics services such as Datamish and the BitMEX Rekt Twitter account. 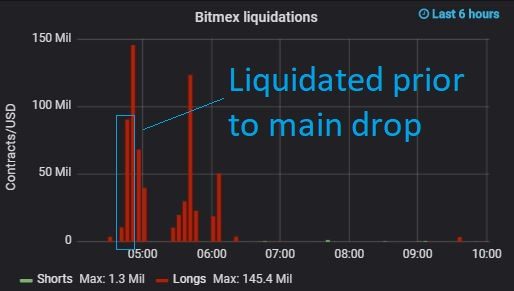 The kicker is that these liquidations – about $100 million all up – happened before the main price drop. They would start a chain reaction though, the impact of which would be felt all around the entire small part of the world that pays attention to cryptocurrency prices.

It was the start of a quintessential long squeeze.

This is when a price decline triggers a chain reaction of panic selling. In this case, the mass liquidations caused traders to sell big in an effort to cut their losses, which triggered a further price drop.

All that selling pushed prices down, which resulted in another bout of liquidated longs, which once again triggered the same chain reaction of even more selling and more liquidations.

The chain reaction was now out of control. The die had been cast and prices were now in freefall. Buyers withdrew from the market, recognising that they could do naught to staunch the bleeding and that they're better off waiting for things to settle down before buying.

Fifteen minutes of terror passed, and when the dust settled onlookers realised that Bitcoin prices had fallen to critical levels, of only $8,500.

If you haven't already, you should watch HBO's Chernobyl. It does a really good job of explaining what happened to the crypto markets today.

Following the initial blast, onlookers and paramedics gathered around Bitcoin prices in an effort to help the wounded. Buyers shoved wads of cash into mortal wounds, and long positions re-entered the market.

Tragically, these good Samaritans had unknowingly moved into the blast radius of a second explosive price drop. The second explosion was smaller than the first, but the gathered crowds meant the toll was similar, with another $200 million liquidated on BitMEX.

In more tasteful and less analogous terms, what basically happened is that traders stacked up the longs in expectations of a rebound, but then things went the other way instead and there was a second long squeeze right after the first.

Other cryptocurrencies felt the pain too and in most cases had it even worse than Bitcoin did. Bitcoin Cash, Bitcoin SV and EOS all ended up over 20% smaller after the drop. Overall, double-digit losses were the norm.

There are two reasons the broader crypto markets also caught the fallout from this Bitcoin long squeeze.

The first is because BTC is the main coin against which all other cryptocurrencies are traded. When everyone is selling another cryptocurrency for 0.002 BTC each, and BTC prices drop, that means the value of that other currency has also dropped.

The second reason is that everyone knows the crypto markets follow BTC, and in many cases are even more volatile. Bitcoin dropping is a pretty good reason to sell just about any other cryptocurrency.

Hopefully, this step-by-step explainer helps when your kids ask what happened to their college fund.