On 19 July, Binance reached an agreement with the Malta Stock Exchange to move towards security token offerings, but the only publicly known timeline was that the pilot would commence sometime in 2018. Now Binance has further cemented the deal by signing a memorandum of understanding (MOU) with the digital-asset-focused subsidiary of the Malta Stock Exchange, according to a new press release.

The MOU itself doesn't have any immediate implication for anyone watching from the sidelines, but it does indicate a more concrete plan of action for security token listings and a formalising of the relationship between the two parties.

It's also a great photo op. 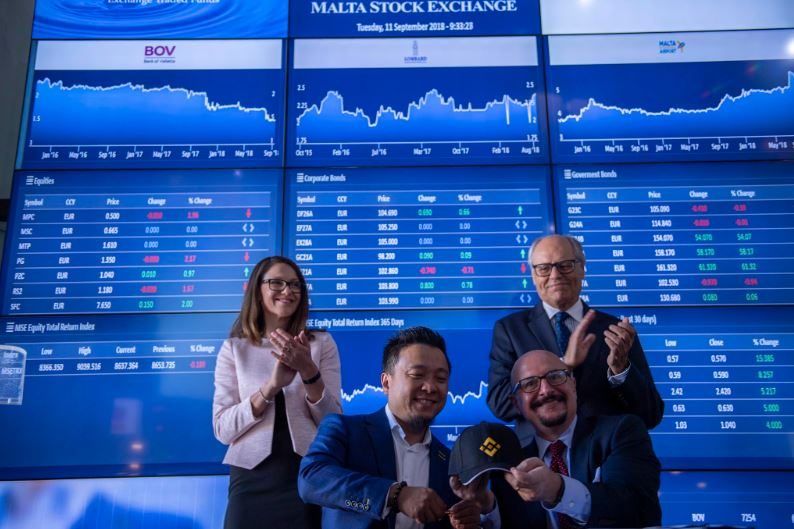 Malta has dubbed itself "blockchain island" following moves to update its financial regulations to better accommodate the upcoming age of digital assets. Binance was exactly the kind of company it wanted to attract with the shift, and the exchange has been closely involved in Malta's quickly growing cryptocurrency space since its arrival.

Binance landed in Malta in March and hit the ground running in pursuit of fiat currency pairs. Along the way, it got hold of a stake in the upcoming Founders Bank, a kind of decentralised credit union for digital assets.

It's also been keenly eyeing a practical way of legally listing security tokens and is clearly well on the way.

The answer came not long after, with US regulatory bodies deciding that existing regulatory frameworks were an adequate way of addressing the emerging asset class. From then on, the new question was how to list digital assets in a way that complies with existing regulatory standards that govern securities.

At the time, the decision had many predicting the death of the industry and other extreme outcomes. But just a few months later, it has turned out to be a relatively solvable problem.