Binance now lets you buy Bitcoin with Australian dollars in partnership with InvestbyBit.

This has already been possible for over a year, but it's a bit different when Binance does it. 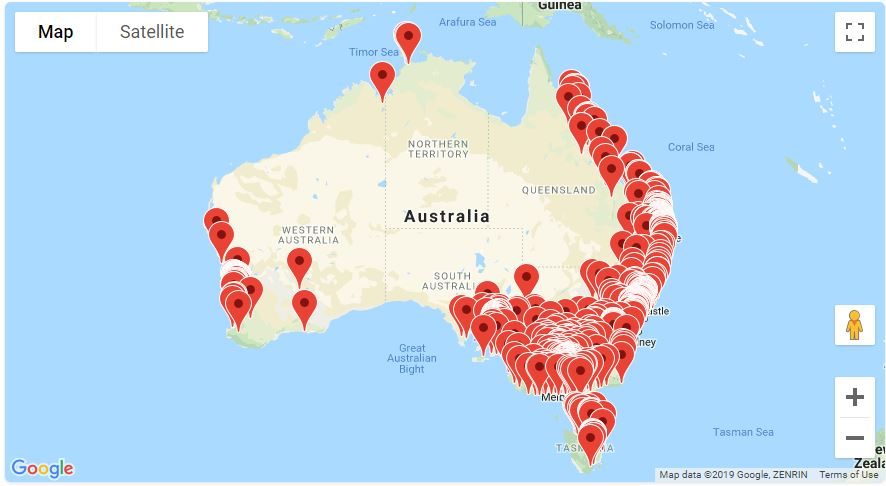 The move comes courtesy of a partnership between Binance and Australian company InvestbyBit.

"At Binance, we are committed to playing a part in helping to grow Australia's blockchain startup ecosystem," said Binance CFO Wei Zhou.

So far customers will only be able to buy Bitcoin, and purchases will attract a hefty 5% commission fee. The fee is identical to that charged when purchasing BTC or ETH at newsagents with Bitcoin Australia, although in this case you can only buy Bitcoin. Customers will also need to get verified before purchasing.

By itself Binance Lite is just one of several ways of buying cryptocurrency with cash in Australia, and with a 5% commission fee and nothing but Bitcoin it's not necessarily the most cost effective or versatile. But it might be one of the easier options, and it most definitely has the coveted Binance branding and the backing of the world's number one exchange by actual volume.

Most importantly, this is just the beginning. Binance says it has plans to support more digital currencies and fiat purchasing options in the future. At the same time, it may serve as an easy way of onboarding indirectly from AUD to Binance's crypto-to-crypto online exchange and facilitating deeper engagement in cryptocurrency after the first purchase.

"Australia has been at the forefront of blockchain innovation, and we hope Binance Lite Australia can play a role to help further this cause," said Binance CFO Wei Zhou. "We are excited to continue to roll out more fiat to crypto gateways around the world to support the growth of our industry."

"We firmly believe that more adoption will lead to more innovation and more economic opportunities," he added.

At first glance, an opportunity to buy Bitcoin with cash and a 5% commission fee, in a place where you've already been able to do the same thing for a long time, probably isn't a game changer by itself.

But in the context of Binance's wider global expansion and concerted moves to introduce more fiat links, it could prove to be a significant addition. Binance has opened divisions to accept fiat currency in Uganda and in Jersey, and now it's making inroads to Australia.

It's also a sterling example of regulatory arbitrage in action and how this has shaped cryptocurrency over time.

Attitudes towards cryptocurrency still vary widely by country, as you can see by mousing over the interactive cryptocurrency regulation map below. Note that Australia is regarded as a global leader in cryptocurrency, as Zhou noted.

Cryptocurrency regulation around the world

Part of the reason Australia is nearing the forefront of the industry is because it's passing workable regulations around the usage of cryptocurrencies, and delivering a level of clarity that allows overseas cryptocurrency companies to enter the market in a similar way to other money transmission services.

"Last month, the Australian Treasury proactively sought public feedback on blockchain and cryptocurrency related issues," Zhou points out. "We see this as a positive step and look forward to developing further partnerships in Australia."

This is important in the long run even if the initial service isn't a game changer by itself. The long term growth of the industry across a wider global footprint, and pre-emptively working across various jurisdictions, is probably more important than getting users onto the new service itself.

The BTC/EUR market on Binance Jersey, for example, is the biggest on the platform but is currently only showing a 24 hour trade volume of EUR€13,750. It's not exactly eating the world compared to the main crypto-only Binance platform which has about US$700 million in 24 hour trading volume at the moment.

It's probably more about decentralising the entire Binance brand across a wide range of jurisdictions in preparation for the future.

This is a lesson the exchange learned early in its life with China's cryptocurrency crackdown propelling Binance, which was based in Hong Kong at the time, onto much greater heights with an influx of users from mainland China.

Australia has been a hot destination for exchanges looking to diversify themselves. When Huobi opened its Australian arm it specifically cited the welcoming regulatory climate as one of the reasons. However, it's since closed its Australian operations due to the crypto winter.

Kucoin also came to Australia through a partnership with Bitcoin Australia, and similarly mentioned the regulatory environment as the reason it chose Australia for its foothold in the region.

And now Binance has arrived its own way, through a partnership with InvestbyBit. But it's obviously a much bigger fish than the others and so can be reasonably expected to make more of a splash in coming months.