From budget options to wireless gaming mice, we've got you covered with the 6 best wireless mice available right now.

The best wireless mice in Australia

Our editorial team selected the products on this list based on our own reviews, customer reviews and professional reviews weighted against each other to determine a consensus in each category. For each category, we carefully selected parameters based on our research and identified the products with the highest review score within those parameters. 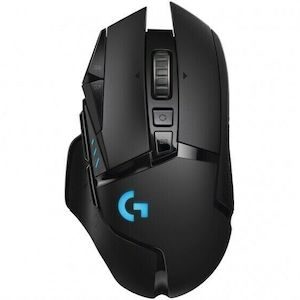 Logitech's G502 Lightspeed is a luxury buy, but it's a mouse with all the trimmings, including serious levels of customisation for the gaming crowd and robust responsive buttons and scroll wheel.

We rated it highly in our own review thanks to its superb tracking accuracy at up to 16,000DPI, comfortable grip and weight system that means you can make it as heavy or light as you want. Battery life is excellent and it's easy to recharge – you can even use it as a "wired" mouse while it's doing so.

Amazon reviewers praised its fast charging time and the option to use a wireless charging pad. 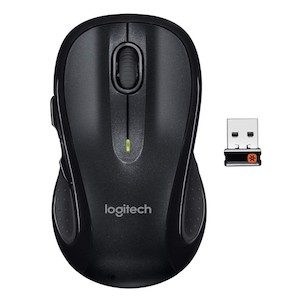 The Logitech M510 isn't a fancy wireless mouse, but it delivers value to those looking for just the basics. While you can get cheaper wireless mice than the M510, they have much worse tracking and lower quality builds, both of which are quite central to a good quality mouse.

At this price point, you are in the territory of using batteries – AA type to be specific. However, with a claimed two-year battery life, you'd be well sorted for your general mousing duties with the Logitech M510.

Online reviewers cite its comfortable hand grip and compatibility with Logitech's programmable G Suite as a big plus.

If you're after a luxury buy, your best choice is Logitech's exceptional G502 Lightspeed Mouse. You certainly do pay a premium for it, but it's a mouse with all the trimmings, including serious levels of customisation for the gaming crowd and robust responsive buttons and scroll wheel.

We rated it highly thanks to its superb tracking accuracy at up to 16,000DPI, comfortable grip and weight system that means you can make it as heavy or light as you like. Battery life is excellent and it's easy to recharge – you can even use it as a "wired" mouse while doing so.

Amazon reviewers praised its fast charging time and the option of a wireless charging pad if you want to get really fancy. 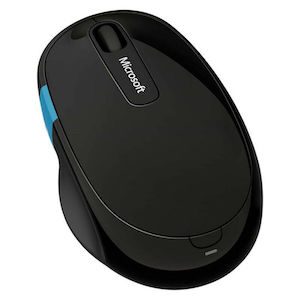 Buy at AmazonBuy at eBayBuy at the Microsoft Store

If you don't want to deal with USB dongles – or lose a port on your laptop or desktop to one – then a Bluetooth connected mouse makes a lot of sense. You can pay quite a lot for a Bluetooth Mouse, but for the basics, Microsoft's Sculpt Comfort Mouse has you covered for quick Bluetooth connectivity.

The shape allows for some ergonomic benefits, with online reviewers noting its fast connection to Bluetooth-ready laptops and the convenience of not losing USB dongles or knocking them out of place as key appeal points for the Microsoft Sculpt Comfort Mouse. It's very much built with the idea that you've already got a Bluetooth-enabled PC, though, so a Bluetooth dongle is not included. 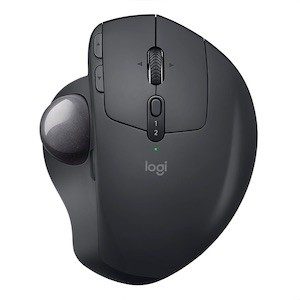 The Logitech MX Ergo Wireless Trackball Mouse is our choice for the best ergonomic wireless mouse. It scores highly with reviewers thanks to its support for both Bluetooth and 2.4Ghz connectivity via Logitech's included USB receiver.

Online users also generally praised the adjustable trackball angle, which can sit in two positions, and the use of a fully rubberised base, meaning that it won't shift on your desk even if you're heavily scrolling or moving around.

It also features adjustable DPI, so you can change how far a scroll movement goes to suit your individual needs, even if they change from adjusting an image with fine motions to more solid scrolling on, say, a web page. It also supports pairing to multiple devices – even across Windows 10 and macOS – if you work across multiple PCs on a regular basis too.

For more ergonomic options, check out our guide to the best ergonomic mice 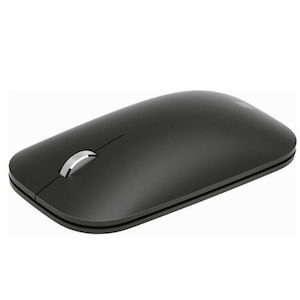 Buy at AmazonBuy at eBayBuy at the Microsoft Store

If you share your mouse with folks with left-handed sensibilities, or you just don't like the shape of specifically contoured mice – and that covers most gaming-specific mice for a start – then a more generally shaped mouse will be your best bet. There's a fair range to choose from – and sadly far fewer if what you want is purely a left-handed mouse – but Microsoft's Modern Mobile Mouse pares down an ambidextrous design to its very basic core.

You also get Bluetooth connectivity so there's no need for a receiver that could be easily lost. Online reviewers praised its quick wake from sleep and simple portable design as big plus points. Unlike many custom mice, it's also not particularly expensive.

If you're looking for more options, you can compare the price, specs and features of wireless mice in the table below.

How to compare wireless mice

There are many wireless mice to choose from, with pricing ranging anywhere from just a few dollars to well over $200 or more. When buying a wireless mouse, consider the following factors:

Basic laser optics are used in cheaper mice, and what they essentially do is capture a range of images of whatever's under the mouse, adjusting movement based on how much the image changes. The issue with cheaper laser optical mice is that they may work fine on a basic desk but struggle on any other kind of surface, which isn't always ideal. Equally, though, there's not much point in paying extra for a fancy sensor that works on surfaces such as glass if you're only ever going to drop it on your home office desk anyway.

Wired mice draw power from their USB connectors, but going wireless means you'll have to factor in recharging your mouse in some way. For cheaper mice, this is almost always a matter of popping in a new set of either AA or AAA batteries – you'd be smart to invest in some rechargeable batteries in that case – but higher-end models come with embedded rechargeable batteries to keep it simple. Either way, what you want is a mouse with good battery endurance, because there's little worse than your mouse dying on you when you need it most.

What buttons do you really need?

For many home office workers, your standard combo of left, right and scroll wheel will be more than enough. Gaming mice tend to go overboard – more than 10 buttons isn't uncommon – and while that may seem like overkill, it can have some good home office applications if you remap those firing buttons into helping you with commonly done mouse or keyboard tasks.

Top-flight gaming mice will boast of DPI (dots per inch) rates above 10,000DPI pretty casually, and that's important if you're after a gaming mouse, but much less so if all you're going to be firing around are spreadsheet cells.