The best Wi-Fi extenders in Australia 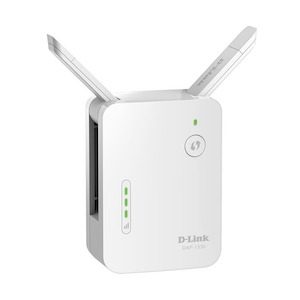 Buy at AmazonBuy at eBayBuy at The Good GuysBuy at Kogan

Holding a 4.3 out of 5 star rating from nearly 100 Google reviewers, the D-Link DAP-1330 N300 WiFi Range Extender is our pick for best budget Wi-Fi extender. It's simple to use, effective, extremely cheap, and will suit smaller homes. It also comes recommended by a number of reputable tech sites.

Given that we're at the budget end of the spectrum, it's understandable that it only has single band functionality. Still, its max speed of up to 300mbps is respectable enough that most Australian connections won't be able to come close to topping that out.

Its sleek profile doesn't protrude much from the power socket, making it easier than most to hide away in the home, and an ethernet port is a welcome addition. The Wi-Fi signal emitted doesn't have a huge range, though, so people with large homes should look elsewhere. But for those of us in small apartments wanting a quick, cheap fix, this is your best value option. 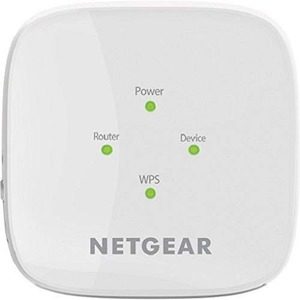 Reviewers often praise the speedy installation: it's up and running in just a few minutes. There's also a recurring theme of customers being impressed with the strength of the connection over large distances, around 45-50 metres from the router, and across multiple floors.

It boasts "FastLane" tech that allows a device to connect simultaneously to both the 5GHz and 2.4GHz bands, giving you a theoretical maximum speed of 1,200mbps. Again, you won't achieve this under typical Australian conditions, but it will go some way towards boosting speeds when compared with a single band connection. Buy at AmazonBuy at eBayBuy at The Good Guys

Netgear's AC2200 NightHawk X4S has received glowing reviews from TechGuide, PC Mag, Lifewire, T3 and countless other reliable tech sites. User reviews aren't quite as positive – in part because of its hefty price tag – but its strong reputation amongst professionals, combined with its impressive feature set, make it our pick for best premium Wi-Fi extender.

The biggest selling point: the NightHawk X4S functions like a pseudo mesh network (without the outlay), extending your existing network name and password across the house rather than adding a new network like most Wi-Fi extenders. This means you'll experience seamless connectivity as you traipse across your home without moments of dropped connections.

Tri-band connectivity allows for speeds up to 2.2gbps, and "smart roaming" tech automatically connects you to the optimal, least-bogged-down band. All this, of course, comes with a fairly significant price tag. 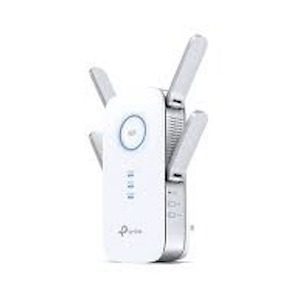 Buy at AmazonBuy at eBayBuy at The Good GuysBuy at Catch

The TP-Link RE650 AC2600 has secured best Wi-Fi extender accolades from PC World and Tom's Guide, among others. User reviews, similarly, are positive about the Chinese manufacturer's top-end range extender; it carries a 4.2 star rating on Amazon from more than 1,000 reviews, and 4.1 from more than 500 customers on AusPCMarket.com.au.

If you have a large home (and don't want to shell out for a mesh network), this is currently your best option. The four in-built antennas have a remarkable effective range of up to 1,300 square metres, so everyone with a house smaller than Jeff Bezos's should be completely covered.

It's capable of fast speeds, too: 800mbps on the 2.4GHz band and 1,733mbps on 5GHz, made possible with "4-Stream technology", which essentially doubles available data streams for each connected device. It also features the rare addition of a gigabit ethernet port, giving you added flexibility in how you configure your home network. 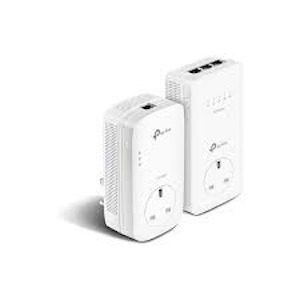 Wi-Fi powerline adapters have the same result as traditional Wi-Fi extenders, they just achieve it with a different approach: instead of connecting to the router via Wi-Fi, they join the network through standard powerpoint wall sockets. This can be useful for homes with lots of signal-blocking walls, stairs and heavy furniture between the router and the ideal spot for a Wi-Fi extender.

The TP-Link line of powerline adapters has earned praise from everyone from Techradar to the New York Times, and the TL-WPA8630P-KIT, our pick, holds a great 4.6 star rating from nearly 80 Google reviewers.

With speeds of up to 1,350mbps, it's one of the faster powerline adapters on the market. It comes with three ethernet ports for connecting stationary devices, too, and it emits a dual band Wi-Fi signal – which, be warned, isn't something all powerline adapters do.