We’ve rounded up the best virtual reality headsets in Australia for every budget.

The best VR headsets in Australia 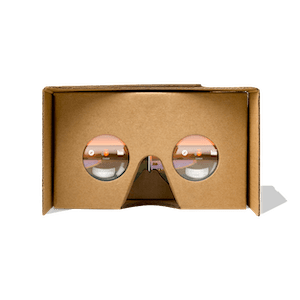 If you've never experienced virtual reality but are curious about whether it's for you, there's no better low-commitment way to dip your toes into the virtual waters than Google Cardboard. It's literally made of cardboard and two cheap plastic lenses, comes flat-packed in the mail and costs less than a cafe brunch.

Once the Google Cardboard has been assembled, you simply download a smartphone app and slot your phone inside the headset. The phone then serves as the screen and GPU powering the VR experience.

For a headset that resembles the result of a toddler's arts and crafts time, it does provide a surprisingly revealing and tantalising approximation of the real deal. You can't play the big-budget, high-profile VR games on it, but there are a number of interesting experiences available for free on the various app stores that will at least give you a decent idea of what the more expensive headsets are capable of. Proper VR enthusiasts should steer clear, but the hesitant/curious have very little to lose! 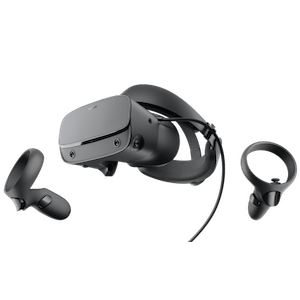 More often than not, the Oculus Rift S is given the edge by professional reviewers over its main direct competitor, the HTC Vive Cosmos Elite. It also holds a higher Google user score of 4.4 from more than 2,500 reviews. While the Cosmos Elite does have more impressive tech specs in a few key areas, on balance, particularly when price is factored in, the Rift S represents a better purchase for most people.

Oculus Rift S is a premium piece of kit. It has a great (but not best in class) 2560x1440 overall resolution, a good 110-degree field of view and a solid 80Hz refresh rate. Where it really moves ahead of the Cosmos Elite, though, is in the comfort department. I've found it noticeably lighter, with softer, more forgiving padding, making it far easier to wear for extended play sessions.

If you have a powerful PC and don't mind being tethered to it by a wire, Oculus Rift S is currently the best option available in Australia for playing high-end VR games. 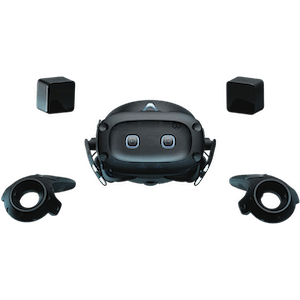 Buy at AmazonBuy at Mwave

If you want a wireless full-room standing VR set-up and are willing to sacrifice both the money and a not insubstantial portion of your living space, the Vive Cosmos Elite is the premium wireless high-end option available in Australia (though if you can manage to import a Valve Index headset from a reseller, consider doing that instead).

The Elite version of the Cosmos utilises external trackers, combined with handheld "wands", to capture your movements as you wander around a 3.5x3.5 metre play space, free to interact with your surroundings in whatever ways the software allows. It's a different, more immersive way of experiencing VR than the seated options, but it does require significant set-up and a decent amount of space in your home.

Under the hood, it packs an impressive punch: the 2880x1700 overall resolution, 90-Hz refresh rate and 110-degree field of view are top-of-class specs. The flip-up screen, which allows you to switch between virtual reality and actual reality in an instant, is also more practical and helpful than you'd imagine without having experienced it – few things are more disconcerting than not being able to quickly work out what just brushed past your arm while you're in VR!

There are more convenient, better value options available, but if you want to experience the VR effect in its most powerful and convincing form – standing, without a wire, powered by a high-end PC – this is a solid choice. 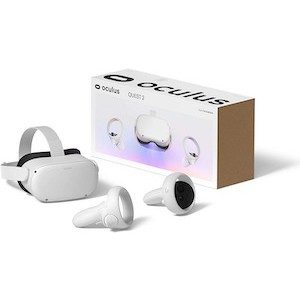 The Oculus Quest is far and away the best standalone VR headset. It sits on 4.8 stars from more than 5,000 Google reviews and has secured countless accolades from professional critics. The bad news: it's officially discontinued. The good news: Oculus has just announced the Quest 2 for this year and pre-orders are open now.

Quest headsets are as close as VR gets to being convenient: no wires and clutter, no cameras to configure and no expensive PCs or consoles to maintain. This might seem like a trivial concern, but, speaking from a lot of personal experience, the single biggest barrier to using VR regularly is the hassle of setting it up each night.

The Quest 2 improves upon the specs of the original, with 1832x1920 pixels per eye (up from 1440x1600), and a 90Hz refresh rate (up from 72Hz). It still isn't as powerful as Oculus's premium Rift S but that requires a beefy gaming PC to operate. However, the Quest 2 can be given a bit more grunt via the "Quest Link" function, which allows you to tether it to a PC, which then lets you play more graphically demanding games, making the experience more comparable with the Rift S. PlayStation VR takes this category practically by default on account of being the only dedicated console VR headset. Fortunately, for PlayStation 4 owners, it's a fun, relatively affordable option for diving into VR.

PlayStation VR's ace is that it's significantly cheaper than PC VR or standalone VR (provided you already own a PS4). There's also a good library of exclusive games not available on other platforms: Astro Bot Rescue Mission, Resident Evil VII, Dreams and Ace Combat 7 among many others are all well worth your time.

Being cheaper, and now slightly older, there are a few downsides. Each eye has a resolution of 960x1080, which is lower than newer Oculus and Vive headsets, so you will notice the "screen door effect" more. It doesn't ruin the illusion… but it doesn't help it either.

Having heavy cords draped across the living room floor from the PlayStation isn't exactly ideal, either. Still, on balance, PlayStation VR is a fantastic, cheaper option and definitely the best value VR option for PS4 owners.

How to compare VR headsets