Our team evaluated hundreds of reviews and ratings to bring you the five best stud finders you can buy in Australia right now.

The best stud finders in Australia

For this list, we chose stud finders based on actual customer reviews and ratings on Amazon. For every category, we carefully chose parameters based on our research and determined products with the highest review score within parameters. 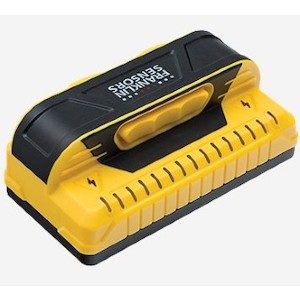 For the best overall stud finder, we picked the Franklin Sensors FS710PRO ProSensor 710+. It has a rating of 4.7 out of 5 stars from over 4,000 reviews on Amazon US.

It uses 13 sensors to give an accurate reading. It is easy to use – you just need to press the button when placed on a wall to detect studs. The LED lights will then instantly indicate the studs detected. It can scan a wall of up to 21 square inches with a depth of up to 1.6". According to the manufacturer, this stud finder has more sensor pad areas than most scanners for a deeper scan. It has triple accuracy technology to analyse and triangulate data. The finder comes with a built-in level and ruler as well.

This stud finder is easy to use and gives accurate results. Many customers appreciated that it has a ruler and level, making it easier to mark walls. Powered by two AA batteries, this tool is quite sturdy and portable. Some reviews mentioned that it also detects electric wires. However, this device is more costly than other stud finders in the market. Several customers also found the plastic case flimsy. 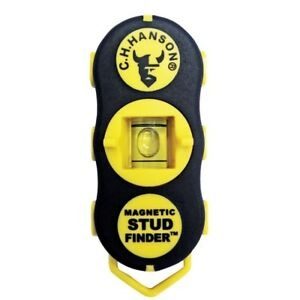 With a rating of 4.7 out of 5 stars on Amazon US, the CH Hanson 03040 Magnetic Stud Finder is our choice for the best magnetic stud finder available online.

It can scan all magnetic metals with a depth of 1". It also has an accuracy of +/- 0.5" and a two-way level for ease of marking. This device is made of iron and doesn't require batteries to operate.

At only 91g, this stud finder is compact and can easily fit in a pocket. Reviews said that it instantly detects metals on walls. Others also liked that it doesn't need batteries to work. The material is durable yet lightweight. Some customers added that its bright yellow colour makes it easy to spot. However, this stud finder may not work for denser walls such as those in old buildings. One critic also mentioned that it doesn't work on plastic walls. 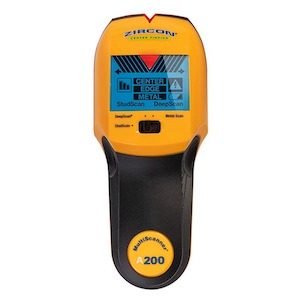 For the best electronic stud finder, we picked Zircon's MultiScanner A200. On Amazon US, it has a rating of 4.3 out of 5 stars from more than 400 global reviews.

It features a 3-mode selector switch, an LCD screen and a patented SpotLite Pointing System for easier and accurate scanning. It is also equipped with a Signal Strength Indicator to help identify shallow and deep targets. Apart from having two stud scanning modes, this device has Auto Correcting Technology that automatically corrects common errors. It also scans up to ¾" of depth using its StudScan Mode, while up to 1.5" when in DeepScan Mode. Metal Scan Mode can be used to detect ferrous metals. The A200 stud finder also has a Wire Warning Detection function that detects live and unshielded electrical wire up to 2" deep.

With a built-in LCD screen, this stud finder makes detecting metals, studs and wiring a lot easier. It displays accurate results and gives a warning when live wires are detected. It has an ergonomic grip that is comfortable to hold at any angle, according to customers. Apart from being powered by a single 9V battery, the device helps correct common errors as well. Reviews said that it works great on different walls, including concrete, sheetrock, plastic and wood. However, it doesn't detect studs and metals on tiled surfaces. The device also has a learning curve, which may not be ideal for a beginner. 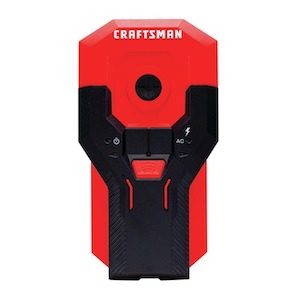 The Craftsman Stud Finder is our pick for the best cheap stud finder you can get in Australia. It has a rating of 4.3 out of 5 stars from more than 4,000 customer reviews on Amazon US.

Powered by a single 9V battery, the Craftsman Stud Finder works on surfaces covered in wallpaper and fabric. It has a depth range of ¾" and edge detection, locating stud edges of both wood and metal studs. This device is shock and water-resistant as well.

At only $21.80, this stud finder is a great basic device for home improvement projects. It works on drywall and concrete. Many reviews said that it is easy to use and gives accurate results most of the time. While it doesn't have a screen indicator, the device makes a loud beep when a stud is detected. One reviewer added that its divet makes it easy to create markings on the wall. Several others said that it occasionally beeps even when a stud is not detected, but these seem to be isolated cases. 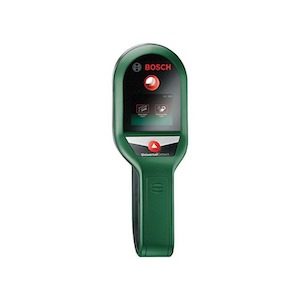 With a rating of 4.0 out of 5 stars on Amazon US, we chose the Bosch Digital Detector UniversalDetect as the best stud finder for floor and ceiling joists.

Many customers praised the device for being intuitive. The touch screen feature makes it easy to use with just the fingertips. It also gives multiple indications when a metal, live wire or supporting structure is detected – the detection is displayed on the screen, the device will beep, and the LED ring will light up. However, it doesn't have soft pads on its back, which may scratch walls when in use. It is also more expensive than other stud finders in the market.