We evaluated hundreds of customer reviews and ratings to find the five best spiced rum you can buy online.

The best spiced rum in Australia 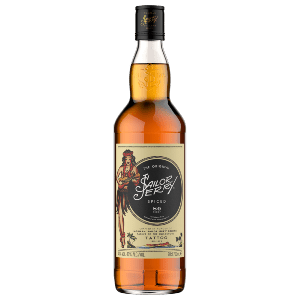 Our choice for the best overall spiced rum is the Sailor Jerry Spiced Rum, which is also one of our picks for the best rums you can get in Australia. It has an average rating of 4.5 out of 5 stars on Amazon and Dan Murphy's.

Sailor Jerry's spiced rum has a unique blend of aged Caribbean rum using vanilla and lime. It has a hint of cassia and cinnamon with a long and dry finish. At 40% ABV, this rum is perfect for mixing and in cocktails than for sipping.

Customers loved that this spiced rum is smooth and has a subtle array of spices. Others loved mixing it with coke or even lemonade. Many also enjoyed the collectable aspect of Sailor Jerry. You get a sticker featuring art from the brand's namesake, Sailor Jerry, if you peel off the bottle's label. A few reviews said that it's pricier than other spiced rums in the market, but the taste and quality are worth it. There were a few complaints about the rum not being suitable for sipping, but this seems to be a minor concern. 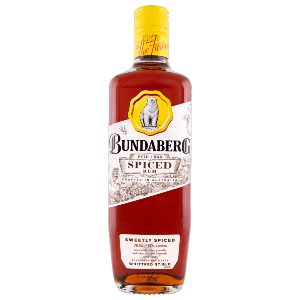 We recommend Bundaberg's Spiced Rum as the best Australian spiced rum available online. It has an average rating of 4.55 out of 5 stars on Amazon and Dan Murphy's.

Crafted in Queensland, Bundaberg's spiced rum has a depth of flavours and a 37% ABV. According to the manufacturer, it also has a hint of blackstrap molasses to enhance the taste of light vanilla and cake spices. The rum's fine mixture also creates a sweet and smooth finish.

Customers enjoyed this spiced rum for sipping and mixing. A few said it's perfect mixed with coke, sweet tea or ginger ale. Others said it's quite a strong rum, but the taste is smooth and sweet. Customers also mentioned that it has an enticing vanilla smell that is not overpowering. Others also said it's good value for money as the quality is comparable to more expensive spiced rums. Several reviews found it too sweet, while a few others said the rum is more of an acquired taste. 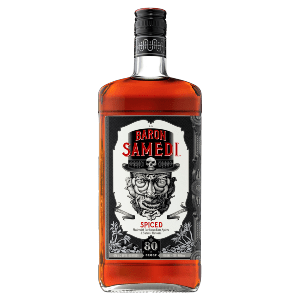 Our pick for the best cheap spiced rum available online is the Baron Samedi Spiced Rum. It has an average rating of 4.45 out of 5 stars on Amazon and Dan Murphy's.

This spiced rum is made from a blend of Caribbean column-still rum with traditional Jamaican pot-still rum. It is infused with 100% natural ingredients such as cocoa, cinnamon and vanilla. It also has a 40% ABV and Haitian Vetiver – a Baron Samedi signature ingredient. This rum has notes of butterscotch and coffee as well.

Many customers praised the product for being good value for money. They added that the spiced rum is great for mixing with coke or ginger ale. It's also great for making a dark and stormy cocktail. Others also liked the balanced taste of sweetness and spices, while a few reviews said the rum is very aromatic. However, there were some customers who found the rum too strong. They added that it's not ideal for sipping. 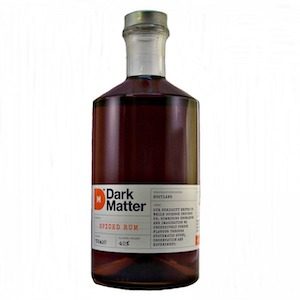 For the best premium spiced rum, we chose the Dark Matter Spiced Rum. It has an average rating of 4.6 out of 5 stars on Amazon and Dan Murphy's.

Created in Scotland, the Dark Matter Spiced Rum is a molasses-based rum with 40% ABV. It also has full-bodied notes of allspice, green peppercorns, long pepper and ginger. According to the company, each batch of spiced rum is crafted by hand using a unique recipe and then infused with Dark Matter's own distilled rum.

Customers raved about the rum's flavour profile, saying it's quite complex but smooth. Others liked how strong it is but recommended it for mixing or making cocktails instead of for sipping. They added that it's perfect with ginger ale or coke. Others also said it has hints of ginger and cinnamon, which enhanced the smoothness of the rum. Several customers found the rum too peppery, while others said it's a bit expensive. If you're looking for the best aged spiced rum, we recommend Ratu's 5 Year Old Spiced Rum. It has an average rating of 4.3 out of 5 stars on Dan Murphy's.

Ratu 5 Year Old Spiced Rum is aged in charred oak barrels. It is then filtered using coconut shell carbon with flavours of toffee vanilla. The rum is then matured in specially selected oak vats and barrels. Ratu 5-year old spiced rum has flavours of cinnamon and liquorice, creating a smooth yet warm finish that covers the entire mouth.

Customers said this rum packs a punch. While it is quite strong at 40% ABV, it's still suitable for sipping. Others also said it's perfect mixed with ginger ale or coke. A few reviews also liked its sweetness and that the taste lingers in your mouth. However, several customers said that the rum's spiciness is too subtle. Others mentioned that it's too sweet for their liking.