Best Scotch whiskey you can buy in Australia

Our editorial team has sifted through hundreds of consumer reviews to bring you the six best Scotches in Australia.

The best Scotch you can buy in Australia

Our team chose this selection of Scotch based on customer reviews on Amazon Australia, Dan Murphy's, Liquorland and personal experience. To reach the shortlist, each product needed to score at least a 4.7-star rating with over 500 reviews. 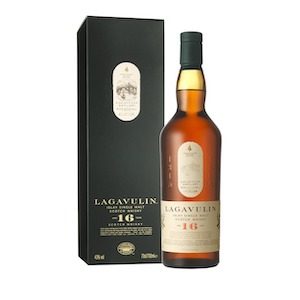 With a star rating of 4.8 out of 5 and 4,949 reviews on Amazon, Lagavulin's 16 Year Old Single Malt Whisky is our pick for the best Scotch for most people. With double the reviews of its nearest competitor, this is one highly regarded Scotch.

Lagavulin has been producing premium Scotch in Lagavulin Bay on Islay in Scotland since 1816. Aged in oak barrels for 16 years, this single malt is peat heavy and best for lovers of a strongly smoked whisky. Lagavulin and customers alike recommend drinking this either neat or with a splash of still water. From personal experience, I prefer it with a single ice cube.

"My only complaint is that it has ruined all other Scotch for me. If I sit down with anything else I'll wish I'd gone for the Lagavulin instead." Read reviews. 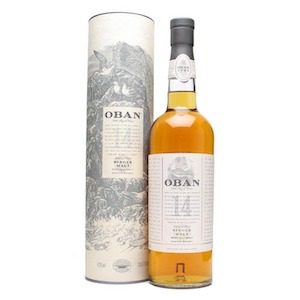 When you're looking for a premium bottle or a gift for someone special, the options in the $100-$200 range are plentiful. We chose the Oban 14 Year Old Single Malt Scotch Whisky because of its 4.8 out of 5 stars and 1,500+ reviews.

Oban Distillery is one of the smallest and oldest (est 1794) distilleries in Scotland. The town itself is situated on the west coast of the Highlands, which gives this whisky its distinctive peaty maritime characteristics while staying true to its rich and complex single malt Highland roots.

"It's just so easy to drink this. It's smooth, flavourful and has maybe just a hint of smoke." Read reviews. 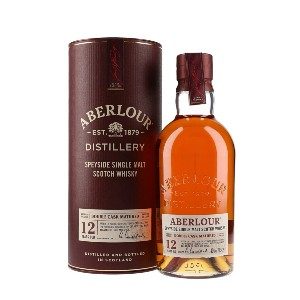 If you're new to Scotch and not sure where to begin, grabbing a bottle in the $50-$100 range is a good place to start. Not too expensive but still enough to pick up a decent single malt. Our choice is the Aberlour 12 Year Old Double Cask Single Malt Scotch Whisky, which is another high scorer with 4.8 out of 5 stars across 1,597 reviews.

In the northeast region of Scotland in Speyside, Aberlour ages this Scotch in both oak and sherry barrels. This process results in a smooth well-rounded Scotch with hints of chocolate, toffee and spice as well as just a hint of smokiness.

"Love this whisky, we often host Scotch nights with mates trying different varieties. This is definitely one not to shy away from it is smooth, and a great go to!" Read reviews. 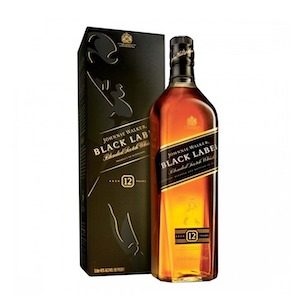 You'll be hard-pressed to find a single malt Scotch in this budget-friendly category, but there are still plenty of blended options to try. Take the Johnnie Walker Black Label for example; it had over 530 reviews and an impressive star rating of 4.8 out of 5 stars.

Arguably one of the most recognised brands when it comes to Scotch, Johnnie Walker Black is a blend of 12-year-old whiskies from several regions across Scotland. It's blended and aged to mellow the aromas and bring out complex flavours characterised by a smooth drinking experience with just a touch of smoke.

"Excellent value blended Scotch. I keep coming back to it. Smooth and has just a touch of smoke. Love it." Read reviews. 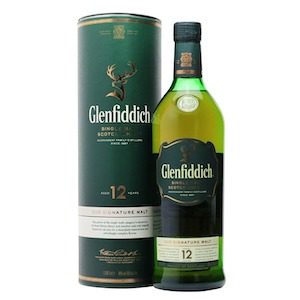 Single malts have a reputation of being a higher quality of Scotch than blends because they focus on perfecting a single style. To be called a single malt, the Scotch must have been produced in a single distillery. Our top pick of the single malts with 2,172 reviews and a star rating of 4.8 out of 5 stars is the Glenfiddich 12 Year Old Single Malt Scotch Whisky.

Founded in 1887 in the Speyside region of Scotland, Glenfiddich uses water from its own Highlands spring to produce this award-winning Scotch. Aged in both American oak and Spanish sherry casks, this 12-year-old Scotch has a fresh and fruity nose with notes of pear followed by butterscotch and malt on the palate as well as a hint of oak from its double-barrel maturation.

What users say (on Dan Murphy's) 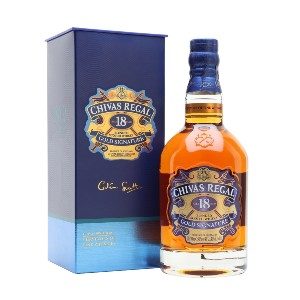 Unlike single malts, blends take several examples and blend them together in a way that hopefully brings out the best characteristics of all involved. If the 4.7-star rating from 803 reviews is anything to go by, Chivas Regal's master blender Sandy Hyslop has done exactly that with the Chivas Regal 18 Year Old Blended Scotch Whisky.

This 18-year-old blend has 85 different flavour notes going into it to produce a perfectly balanced, smooth Scotch. Reviews say it's velvety with hints of dried fruits and buttered toffee on the nose and a long warm finish with just a hint of smoke.

"Have for years been a single malt buff but this has changed my opinion of blended Scotch." Read reviews.

Melanie Pike is a writer for Finder, writing across a diverse range of topics in health, wellness, beauty and food. Over her 15-year writing career she has written about everything from the latest workout gear and supplements and the best skincare regimens to follow and developing her own nutritious recipes for print magazines. When she’s not at her keyboard or in her kitchen, you’ll find her reviewing some of the best high teas in Sydney.