We went through hundreds of customer reviews to find the 6 best rums in Australia.

The best rum in Australia

Our editorial team selected the rum products on this list based on extensive research, personal experience and real customer reviews. For each category, we identified the products with the highest review score within those categories. 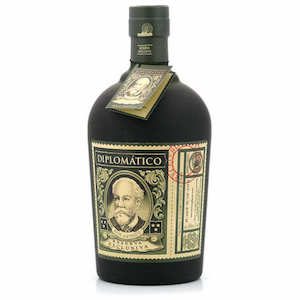 Buy at AmazonBuy at First Choice LiquorBuy at Dan Murphy's

The Diplomatico is a premium Venezuelan rum with an impressive reputation. It boasts an average rating of 4.8 stars out of 5 on Amazon out of over 5,000 customer reviews. For a dark, elegant and complex sipping rum, customers near unanimously agree on the quality of Diplomatico's Reserva Exclusiva dark rum.

Customers agree that this rum, blended from rums aged up to 12 years from American and Spanish oak casks, easily stands against similar products at higher price points. The rum is mixed with a touch of extra sugar cane, leaving the Diplomatico Reserva Exclusiva with a unique, subtle sweetness.

This premium rum is designed for sipping, meaning it's best served neat or over ice to appreciate the quality of its blend. It can be mixed into cocktails where quality is prioritised over budget, but ultimately is best enjoyed on its own merits. 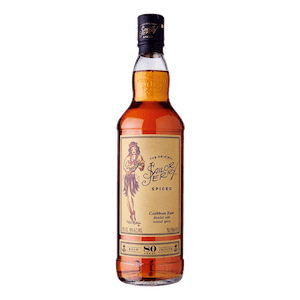 Buy at AmazonBuy at First Choice LiquorBuy at Dan Murphy's

Sailor Jerry's is one of the most well-known spiced rums for a reason and it performs well above its price point in flavour and drinkability, though this rum is more preferred for mixing and in cocktails than it is for sipping.

At 40% ABV, Sailor Jerry's packs a kick, though it's smoothed off by sweet vanilla and subtle spices. Customers also love the collectable aspect of Sailor Jerry – if you peel the label off the bottle, you'll find a collectable sticker featuring art from the rum's namesake, tattooist Sailor Jerry.

This rum is smooth and tastes amazing. Subtle hints of cinnamon and lime. 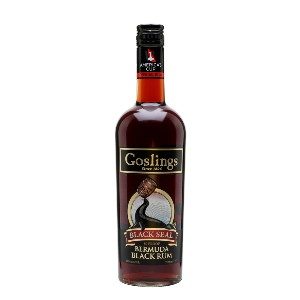 Gosling's Black Seal Rum is a classic dark rum, with the company going back to 1806 and the rum itself to 1860. It's one of the most popular dark rums on Amazon, with an average rating of 4.8 stars out of 5 across more than 700 reviews.

As a historic brand, Gosling's boasts include being Bermuda's biggest export, as well as being the rum that made the "dark and stormy" cocktail famous. A smooth, sweet flavour makes Gosling's easily drinkable, without verging into the sickly sweetness of some dark rums.

Unlike other dark rums Gosling's is lightly spiced, with hints of liquorice and vanilla. While this may not be ideal for those looking for a more straight-up dark rum, this trait makes it perfect for mixing with ginger beer, with its unique flavours strong enough to stand out against its mixers.

This rum is so smooth and full of flavour. I like my rum neat but tried this with some ginger beer and it is simply amazing. 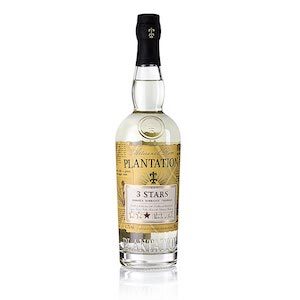 Plantation 3 Stars is a white rum with a difference. It's actually a dark rum that has been filtered to maintain its clear colour. This means that Plantation's white rum has a stronger rum character when compared to others in the category. While it's only newly listed on Amazon and has no reviews yet, Plantation is the white rum of choice for speciality rating site, RumRatings.

The three stars in the rum's name refer to the three rums blended to create it: a matured rum from Trinidad and unaged rums from Barbados and Jamaica. The finished product is then filtered to retain its clarity. It's this process that sets Plantation's white rum apart from its competitors.

Unlike many white rums, Plantation is smooth and sweet enough to be drunk neat, though it's also the perfect step up for your white rum cocktails.

Goes down very smooth, not much bite. You can taste the slight honey-like sweetness with hints of vanilla. 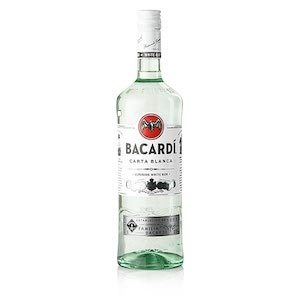 While you shouldn't expect artisanal flavour from Bacardi's standard drop, it's good quality for the price and can often be snagged for under $40, or for even more of a bargain in a litre bottle.

When volume is needed or just a cheap bottle for mixing, punch, cocktails or cooking, you can't beat Bacardi's white rum at its price point. Don't expect to drink it neat, but as far as mixers go, you won't find much better.

Very smooth and not as overpowering as the dark rums on the market. 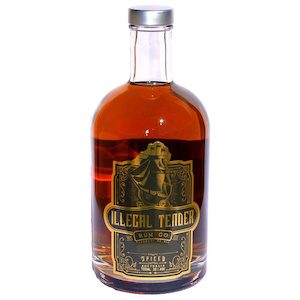 Illegal Tender's Bushtucker rum isn't just Australian in origin, but also in character, with a spiced flavour profile made up of native Australian ingredients. It has an average review of 5 stars on Dan Murphy's, where it's the highest-rated Australian-made rum.

The Bushtucker rum is far from a traditional rum, but that makes it perfect for someone looking for something different, or for a rum with a uniquely Australian character.

This rum is amazing, the smell when you open the bottle is simply delicious, and it just gets better from there. It's very smooth and tasty, with the flavours coming through nicely.

Hayley Williams is a freelance writer specialising in technology and gaming. She's contributed to various publications over the years, including Gizmodo, Lifehacker and Kotaku Australia, GameSpot, PC Gamer, SBS Australia and Fandom. She studied Communications at the University of Technology Sydney, and has also worked in game development, film production, and events. Outside of work she's deeply into the world of cosplay and will always be either creating something or discovering her next dream project while playing a game or two.