We analysed hundreds of customer ratings and reviews to bring you the six best RC planes in Australia right now .

The best RC planes in Australia 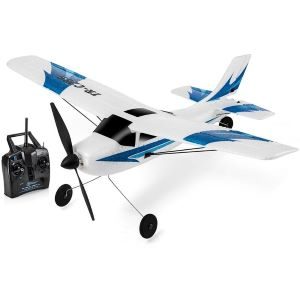 Our pick for the best overall RC plane is Top Race's TR-C285G Remote Control Airplane. It has a rating of 4.3 out of 5 stars from more than 700 reviews on Amazon.

According to the manufacturer, the Top Race RC plane features New Propeller Saver Technology to protect the plane from damage. It is easy to operate and comes with three levels of flying: easy, medium and hard. The product also has a 2.4Ghz radio control distance of over 320ft. It is an RC plane with three full channels: elevator, rudder and throttle. It also has a beginner mode with a self-stabilisation feature.

This RC plane is sturdy despite being made of styrofoam. Many customers said they've crashed the plane several times, but it remains undamaged. Others liked that it is easy to use and has various levels and channels, making it suitable for kids and beginners. A few customers also raved about the product's battery life. They said one full charge lasts for 15 minutes of flying. There were a few complaints about the RC being lightweight. Customers said it easily crashes when it's windy. Others mentioned that the control tends to be unresponsive, but this seems to be an isolated issue. 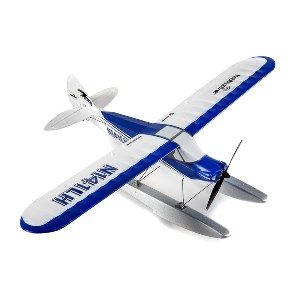 For beginners, we selected HobbyZone's Sport Cub S 2 RC Airplane as the best RC plane. On Amazon, it has a rating of 4.3 out of 5 stars from more than 200 customer reviews.

The HobbyZone Sport Cub S 2 RC Airplane is a replica of the full-scale sports Cub plane. It features various full channels, such as working throttle, rudder, elevator and ailerons. It has telemetry to deliver data to your transmitter. This RC plane also has sensor-assisted flight envelope (SAFE) technology so you can learn to fly in multiple modes on your own. The Panic Recovery Mode lets you instantly return to a steady altitude at the touch of the trigger.

Many customers raved about the plane's battery life. Some customers said one full charge gave them up to 20 minutes of flying. Others liked that it has assistive technology which makes learning to fly a lot easier. Many customers also liked that it has various full channels, while some said that it's easy to set up. A few reviews said that the Panic Recovery Mode doesn't work if it's too windy. Others found the plane too expensive but said its performance and durability are worth the price. 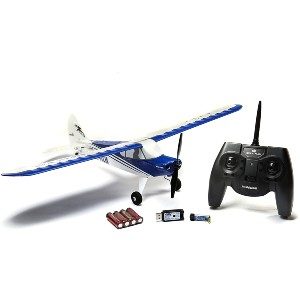 We chose the Volantex RC 761-9 RTF Plane as the best RC plane for kids. On Amazon, it has a 4.3 rating out of 5 stars from over 30 customer reviews.

This RC plane from Volantex has a one-key function feature for easier control. It also has an Xpilot stabilisation system for self-stability. The plane has three levels of flight control assistance: full assist for beginners, partial assist for intermediate and manual control for experts. It also has a 2.4Ghz radio control distance of 656ft. According to the manufacturer, the plane can fly for up to 20 minutes.

Many customers said the plane is easy to use, making it ideal for kids who have never flown an RC plane. Some reviews said it's quite sturdy and can survive crashes. Others also praised the plane's stabilisation system, which helps steady the plane when it's windy. A few customers found the plane too tiny. Others complained about the propellers, mentioning that they're flimsy and broke after only a couple of flights. 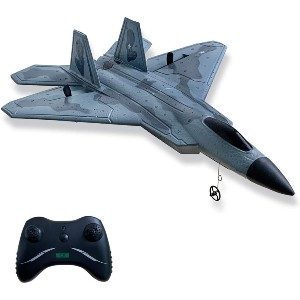 We chose the Hawk's Work 2 Channel 2.4Ghz RC Airplane as the best cheap RC plane available in Australia right now. It has a 4.2 rating out of 5 stars from over 60 reviews on Amazon.

This RC plane from Hawk's Work is made of lightweight and durable FPP foam. According to the manufacturer, it has a built-in self-stabilisation gyro system, which makes it easy to fly. It also has a 2.4Ghz radio control system that lets you control the plane from up to a distance of 100 metres. Apart from having a fly time of up to 20 minutes, the take-off can be done by hand throwing the plane or taxiing off.

Customers praised the plane for being good value for money. They said it's the perfect RC plane to learn how to fly. Other reviewers liked that it's easy to set up and control, while a few praised the battery's longevity. One full charge can give you up to 20 minutes of fly time. A few customers didn't like that it can only fly in four directions: upward, downward, left and right. They wished that the plane could do tricks. Others found the product flimsy, mentioning that it easily crashes even when the weather is calm. 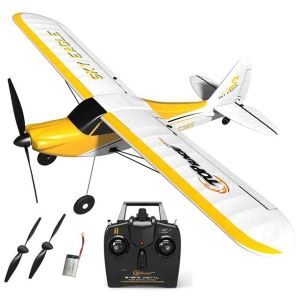 For tricks, we chose the Top Race TR-C385 Remote Control Airplane as the best RC plane you can buy in Australia right now. On Amazon, it has a 4.1 out of 5 stars rating from over 400 reviews.

The Top Race TR-C385 Remote Control Airplane comes with New Propeller Saver Technology, which helps protect the plane from damage. It features three levels of flying: easy, medium and hard. The plane can also do stunt flying with a push of a button. It can fly upside down and spiral. Apart from having a six-axis self-stabilisation system, it has a one-key glider function. This helps the plane return in the opposite direction that the plane is set up.

This RC plane is durable and can withstand crashes, according to reviews. Others liked that despite some falls, the plane remains unscathed. Many customers also said it's easy to do tricks with the plane due to its one-push feature. A few customers said that it's also quite stable, mentioning that they could control the plane even when it's windy. However, several customers criticised the battery's longevity. They said that one full charge only gave them 10 minutes of fly time. Others mentioned that this RC plane is not suitable for beginners. 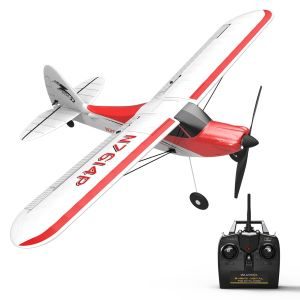 Volantex's RC 761-4 RTF Plane is our pick for the best RC plane when it comes to aerial photography. It has a rating of 4.2 out of 5 stars from more than a hundred customer reviews on Amazon.

This RC plane has three levels of flight control assistance, ranging from full assist for beginners to no assistance for experts. It has a 2.4Ghz radio control distance of 656ft and can fly for up to 20 minutes. It also features a self-stabilisation system and a one-key side roll function.

Many customers said this RC plane is great for aerial photography. They added that it's easy to attach a small camera to the plane. Others praised the product for being durable, mentioning that their model has survived many crashes. A few customers said that the plane's various modes make it suitable for any flyers. The beginner mode is particularly helpful for first-time flyers. Others also liked that it's stable and easy to control even when it's windy. Despite being ideal to take aerial shots, several customers wished it came with its own camera. Others said the propellers were flimsy and broke after a couple of flights.

Where to buy a gaming chair online with Afterpay Which K-mart products is Catch now selling?