The best Nintendo GameCube games of all time: From $20 | Finder

The best Nintendo GameCube games of all time 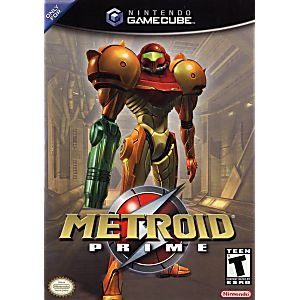 Nintendo's first disc-based console showed from the get-go that it wasn't afraid to innovate and take risks. While everyone else was shipping on DVD, Nintendo opted for its own proprietary mini-disc format, alongside a console with its own carrying handle.

Up against the hype machine that was the PlayStation 2 and Microsoft's original Xbox, the GameCube didn't sell anywhere near as well as Nintendo may have hoped for, but it's still home to some highly desirable, highly playable games. Its lower than expected sales figures also mean it's somewhat more "collectible" in the sense that there just aren't as many copies of games out there if that's important to you.

Picking the very best of the GameCube was no easy task, especially for categories like action adventure where there's a rich field to pick from. Having powered up our Wavebird controllers with fresh batteries and dived into the library of GameCube titles, here's our pick of the very best GameCube games.

We've created this list based on our own experience with the platform – the author wrote extensively for a wide variety of gaming sites back in the GameCube's heyday and has a large library of personally amassed GameCube games to pick from.

That alone would bring up issues of subjectivity – and to be clear, there's a level to which that's unavoidable for this kind of criticism – so we've balanced that against wider review scores for each of the games in this list, as well as sites such as Metacritic in order to come up with our finalised list of the best GameCube games. 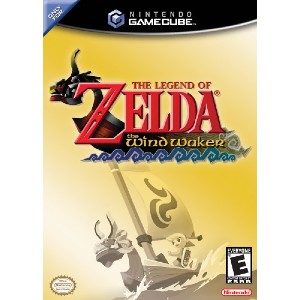 The GameCube library, like the console itself, isn't extensive, and picking the best of the best rather feels like picking your favourite child. We could have picked anything in this list and entirely justified it, because the very best GameCube games remain timeless classics. Wind Waker takes the prize because it presents Nintendo taking its existing gaming IP and making something that's both familiar – Zelda, Link and all that good stuff – and flipping it around into a new and engaging world that adds to the Zelda lore while remaining a top-notch RPG in its own right.

Seriously though, if you're looking into GameCube gaming, buy everything on this list. You won't regret it.

The GameCube has so very many exceptional action adventure style games, from Resident Evil 4 to Mario Sunshine, by way of Eternal Darkness, Viewtiful Joe and many more. This was easily the toughest category to come up with a single winner for, but Metroid Prime really does stand above the rest.

Taking that essential Metroid 2D experience and turning it into an exploration FPS was an extremely risky move on Nintendo's part, but it was a gamble that paid off, with a deep and engrossing adventure to take Samus Aran through that stands up so well, even now, that it's the Metroid game that many fans point to as the template that they want to see future Metroid games developed around. 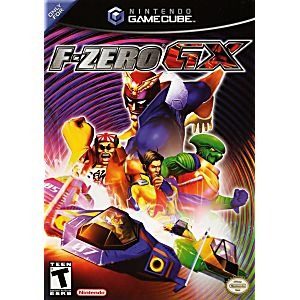 The GameCube's library of racing games is pretty darned great too, even if some folks don't much like Mario Kart: Double Dash. Still, it's F-Zero GX that stands out, and sadly it's the last F-Zero game to date – seriously, Nintendo, FIX THIS.

Still, it goes out with a super-high-velocity bang, in a game co-developed with Sega (no, really) that never lets up the pace for even a second as you master the intricacies of futuristic, neon-drenched racing by yourself, or in quite hectic four-player races. Frankly, F-Zero GX does things with the GameCube's visuals that we still can't quite believe are possible even now, and it's an absolute must-have in any GameCube owner's library as a result.

Zelda RPGs and Nintendo consoles go together quite naturally, of course, but again the Wind Waker shows Nintendo is willing to really play around with what a Zelda RPG actually is. It starts with those stunning cartoon quality visuals that seem like they're just cut scenes until you realise the whole game is like that, laid against a watery world that encourages the kinds of exploration that few RPGs of its era could ever muster. It's not quite a perfect experience – the endgame quest drags on a tad – but it's a can't-miss GameCube RPG that's generally underrated by many. 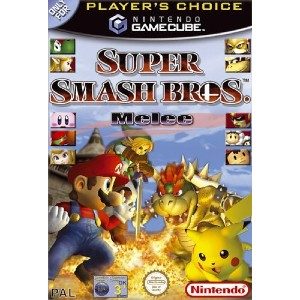 Nintendo's first Super Smash Bros for the Nintendo 64 was an ambitious and fun title, but when it came time to bring it to the GameCube, Nintendo really and truly refined the formula in ways that still resonate with gamers to this day. There's a reason why so many Smash players prefer to use the GameCube controller for playing Smash, and it all relates back to Super Smash Bros Melee.

Super Smash Bros Melee is often cited as having a near-perfect balance of fighters. This means that the time you take to learn each combatant's unique attacks really does pay off, without becoming a case of everyone just picking that one overpowered fighter. 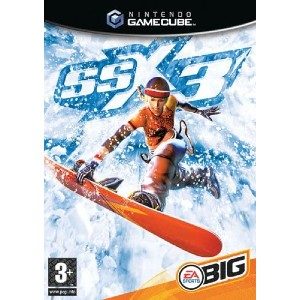 Nothing dates quite like a sports game – just think of all those suspiciously cheap copies of prior year's FIFA and Madden that literally litter game store bargain bins – and the GameCube certainly has its share of those kinds of games that are fun, but definitely bested by what came later. It's also home to some pretty fine WWE Day Of Reckoning games if you like wrestling, but if you're looking for the best game that hasn't actually been bettered, even decades later, then you cannot go past EA's SSX 3.

The recipe is pretty simple. Take one honking big mountain, drop a disparate, if slightly stereotyped, group of snowboarders onto it and let them slide, slip and trick their way down as best they can manage. SSX 3 was pretty clearly the series pinnacle, with a wonderful array of tracks and races, stunt courses and more to enjoy. You can even make your way down the entire mountain in epic, 20+ minute runs that somehow get past loading times while you play. 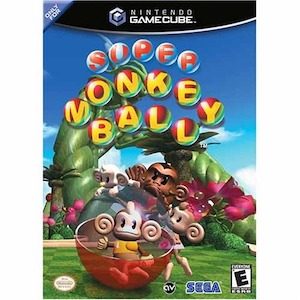 The battle for best console puzzle title on the GameCube isn't a massively tight one. There's the usual crowd of Tetris, Puyo Puyo and Bust-A-Move games to keep the regular puzzle addicts happy, and those are all fine games, but if you want a game with serious and difficult puzzles to solve, you cannot go past Sega's superb Super Monkey Ball. That's all the more impressive when you consider that it was a launch title for the GameCube.

Sure, you shouldn't think too hard about the logic of it all – monkeys literally trapped in airless spheres being flung around a virtual world like a demented version of children's classic Labyrinth – but really, nobody's thinking about that within seconds of picking up a controller and working out precisely how to tilt the world so that you get the victory sparkles rather than the scream of a simian accidentally sent into the eternal abyss. 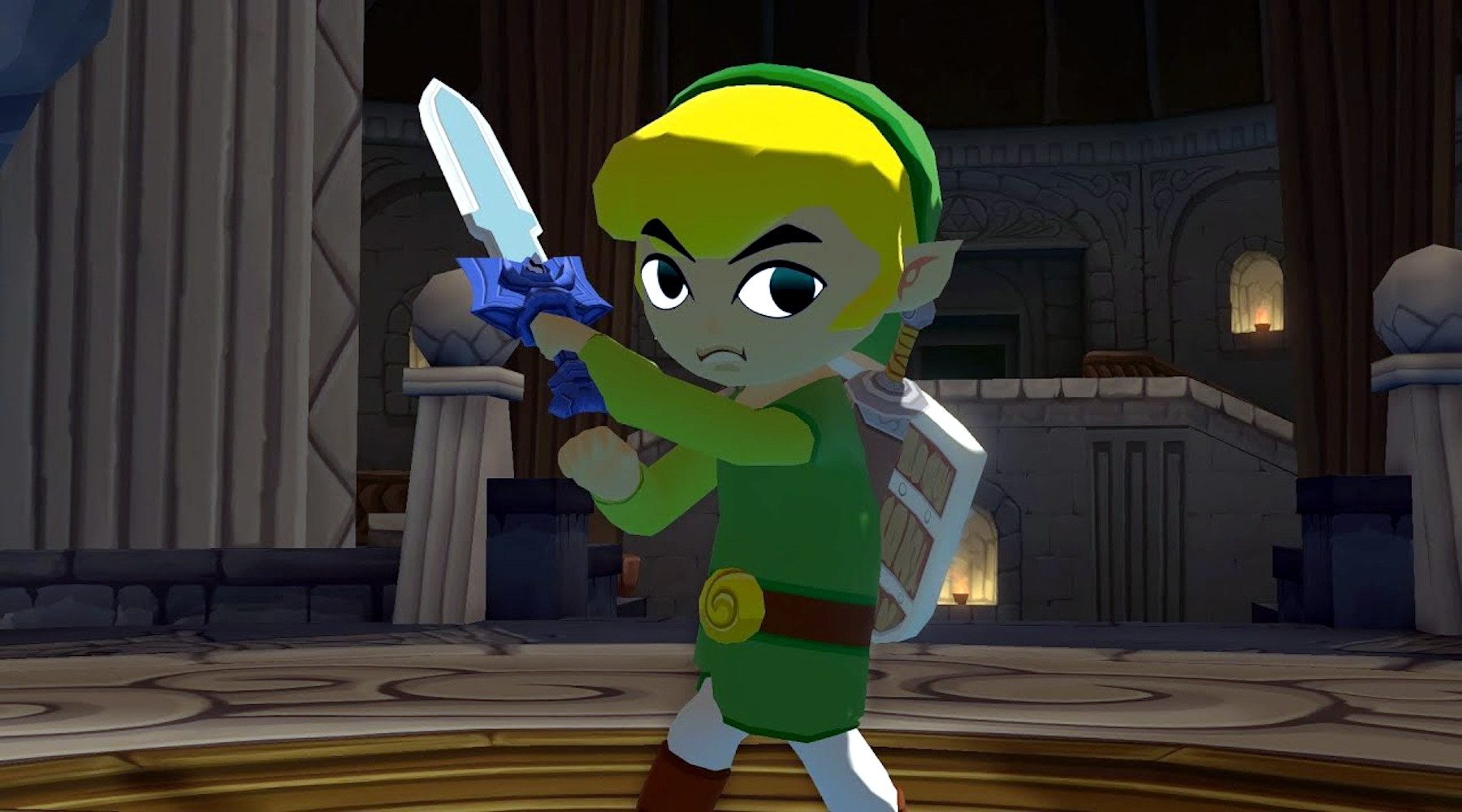 What to consider when buying Nintendo GameCube games