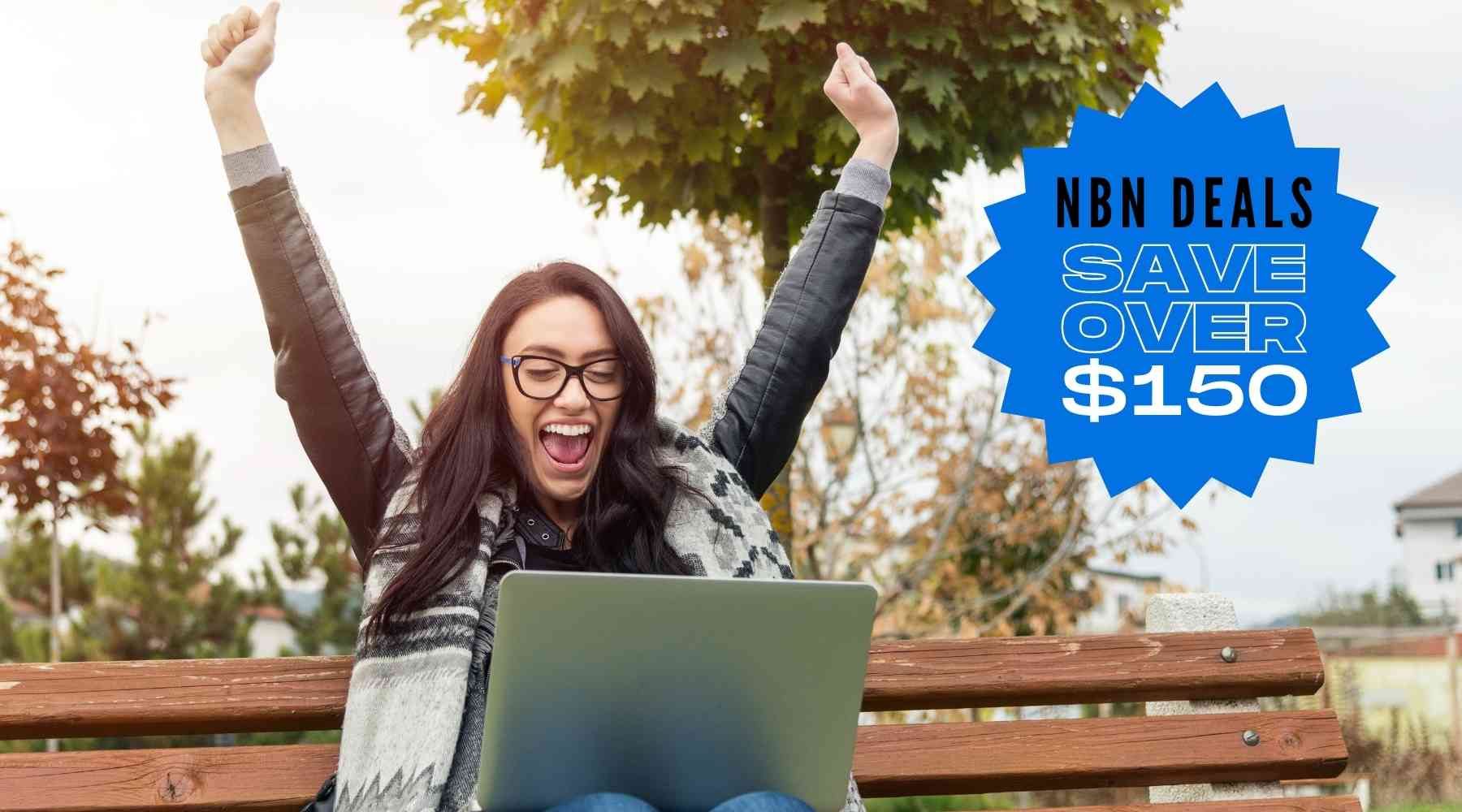 July is a great time to switch NBN plans, with providers giving away strong discounts and the first month for free.

There's a fair bit on offer for NBN users this month, with sweet words like freebies and discounts being thrown around.

We've rounded up some of the best NBN plans with unlimited data for July. We've focused on NBN 50 plans as it's the most popular with our users.

But if you want that extra bit of speed kick, there's also a bunch of NBN 100 deals on our list that'll suit households with 3-5 people who are big Internet users.

Plus, if you've noticed your speeds have been lacking this lockdown (especially if you're in Greater Sydney), you might find it worth upgrading to a faster plan.

Note: The offers below are for new customers only.

Dodo's Finder exclusive is a strong contender. Pay $58.50 a month for 6 months and then $75 per month after. That's a total $99 in savings for full 50Mbps speeds and unlimited data.

Compare this to Telstra, which offers the most expensive NBN 50 plan in our database, and you'll see your savings go up to $189 over half a year.

The catch is you have to pay a $60 set-up fee with Dodo, but you do get the option to bring your own modem and there's no lock-in contract.

On the other hand, signing up to Telstra would mean staying connected for 24 months unless you're ready to pay out the remaining cost of your modem outright.

Dodo's offer ends 31 July so you'll have to get in quick.

Get first month free with Dodo

Dodo is also offering the first month for free on its website, after which you'll have to pay $75 a month.

This offer lasts until 31 August, so you have more time to decide if you want to switch providers.

Keep in mind that if you're looking for the best savings, Dodo's Finder exclusive ends up being worth more in the long run. You'll save $99 over 6 months with our exclusive, compared to just $75 with Dodo's first month free deal.

Aussie Broadband, which prides itself on its customer service (and for good reason after winning Roy Morgan's Internet Service Provider of the Year award), is another strong provider to consider.

It's also giving away the first month for free, after which you'll need to pay $79 monthly for 50Mbps speeds. This is the maximum speed that's available for NBN 50 plans.

You also get local Australian support, no set-up fee and no lock-in contract. You can even use your own modem if it's compatible to avoid any additional costs.

It looks like MyRepublic's also joined the ranks to give away the first month free to attract new customers. And frankly, we're okay with that.

You can either opt for its standard NBN 50 plan that'll cost you $69 a month or its Gamer Pro NBN 50 offer for $79 a month but you get an enhanced network for gaming in return.

The catch is MyRepublic's NBN 50 plans notch up 43Mbps speeds at the busiest time of the day, which isn't the fastest around. However, there's no set-up fee or lock-in contract so you can leave whenever you want if you're unhappy with its performance.

SpinTel comes in strong at $74 for fast speeds

That's right. You're going to get full 100Mbps speeds with SpinTel for only $74 per month for your first 6 months. After that, the price goes up to $84.95 but that's still a pretty sweet deal.

In fact, it's the cheapest in our database for a NBN 100 plan with unlimited data.

There's also no lock-in contract or set-up fee, so there are no additional costs to worry about. Plus you can bundle up your NBN and select mobile plans from SpinTel to get a discount.

iPrimus is worth considering if you're looking to upgrade to NBN 100 or want a better plan than what you currently have.

The catch is there's a $70 set-up fee but the modem cost is included in the price of your plan and you can cancel anytime.

If your home has a working connection to support NBN 250, then this offer might pique your interest.

You can see what all the fuss is about NBN 250 plans here and whether you even notice a difference.

There are no additional costs to worry about, and you can cancel your NBN plan whenever you want.

Haven't found a plan that fits your bill? Compare 600+ NBN deals in seconds to find something you like.