There's still room in your life for a dedicated music player. Here are the best MP3 players in Australia, based on exhaustive research from our experts.

MP3 player for running and exercise

Our editorial team has examined hundreds of customer reviews and ratings of digital audio players (DAP) in Australia and ruled out those not readily available to consumers. These products have been selected based on exhaustive research as the best MP3 players for Australians. 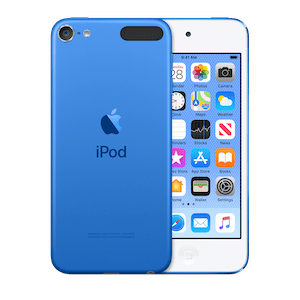 Buy at AmazonBuy at Apple

For many, the Apple iPod Touch is the original portable MP3 player, and with a rating of 4.7 out of 5 from 6,652 reviews on Amazon. it's our pick for best MP3 player overall for Australians.

Apple continues to make the iPod Touch, and it continues to make it well. Available in a wide array of eye-catching colours and varied storage sizes, it's still one of the most popular music devices on the market. Those with other Apple devices love the ubiquity of its design and how easily they can transition from one device to another, which is a big deal.

Reviews say the 4-inch screen isn't really big enough for other media, and the battery doesn't last very long while the screen is continuously on anyway, so you're better off sticking to the 32GB option. With that, you'll be able to take 8,000 songs with you anywhere you go.

Perfect for those who LOVE music but don't want to fill up all their storage on their phones. I needed something that allowed me to listen to MY music when WiFi wasn't available and I have an expansive music collection." Read reviews. 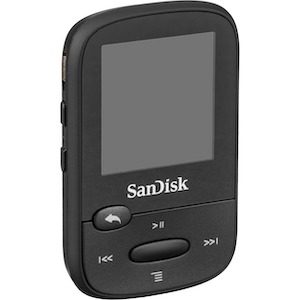 Buy at AmazonBuy at Ozgameshop

The SanDisk Clip Sport sits perfectly between inexpensive and well-reviewed, with a score of 4.1 out of 5 from 281 reviews on Amazon, and as such it is our pick for best cheap MP3 player for Australians.

Weighing less than 25 grams and barely bigger than a set of in-ear headphones, reviews directly (and favourably) compare the SanDisk Clip Sport to the old-school iPod Nano. Featuring a 1-inch screen and available in a giant array of colours, it's a great choice for people who want a discreet and cheap way to take their favourite music with them.

Reviews say it is difficult to set up for first-time use, and that the bundled headphones are sub-par, but once up and running, people love how quickly they can find their favourite tunes on this tiny device. The option to expand the storage via a micro-SD card is also a huge tick in the Clip Sport's favour.

This little gem is just what I was looking for. It is cheap, very compact and sturdily made. If you don't like having to manually transfer files on your PC then it may not be for you." Read reviews. 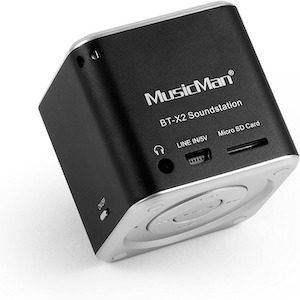 The MusicMan TXX3810 is a surprisingly powerful portable Bluetooth speaker for people who want to take their music to the world. People marvel at the sound quality and volume that it's able to project, and how quickly it connects to their phones over Bluetooth. It has a slot for a Micro-SD card and holes to slide a lanyard through, although using it as a speaker while it is hanging from your neck would be extremely obnoxious.

Because it's primarily a speaker, its battery life isn't as good as other MP3 players – reviews quoted around 4 hours of continuous playback. And without any kind of screen on the device it can be difficult to change songs via the DAP itself.

We bought the device for the holiday abroad and were not disappointed! The cube is super small (fits in a palm) and can be easily taken anywhere." Read reviews. 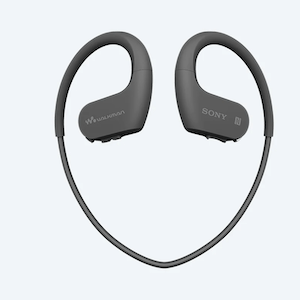 Buy at AmazonBuy at Kogan

The Sony Walkman NW-WS623 scored 4.2 out of 5 from 562 reviews on Amazon, and is our choice for best MP3 for running and exercise.

The Walkman WS623's unique design makes it perfect for those who enjoy a wide variety of exercise activities – including swimming. It's waterproof to a depth of two metres for 30 minutes, and it features an IPX6 dustproof rating to protect it while you're getting deep in the dirt.

It only has 4GB of onboard storage, which is a little small, but it can connect via Bluetooth to your phone or other devices if necessary. People who don't like in-ear headphones won't get a lot out of these, as there's not really any way to switch to different cans, but those looking for a complete package need look no further.

This device fits my needs of being a Bluetooth headset but also a stand-alone music player when running without a phone. The fit is awesome and there is absolutely no bouncing or any chance they would fall out even during the hardest of sprints." Read reviews. 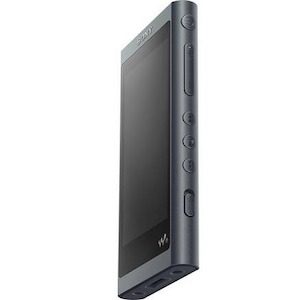 The Sony Walkman NW-A55/L scored a 4.5 out of 5 from 231 reviews on Amazon, with reviews raving about the sound, so it is our pick of best MP3 player for sound quality.

The Walkman NW-A55/L might be named like a spaceship part, but it's a beloved piece of tech according to those who use it. Capable of playing all manner of hi-resolution audio files, from basic MP3s up to uncompressed WAV and FLAC files and everything in between, it also digitally amplifies audio on command to let you get the most out of your music.

At 209 grams, it presents a large profile compared to other MP3 players, which is a compromise necessary for all the tech it brings. And reviews say users are far better off dragging-and-dropping files directly onto an SD card instead of trying to wrestle with the included music management software. One thing some reviews noted was that it can be set to act as a USB digital-to-analog converter, going further to enhance sound between another music source and your headphones.

Wow, I love it. This DAP has over 40 hours of battery life when using APTX-HD, sounds great and has a nice look. Bluetooth on this device has awesome stability and range!" Read reviews.

Buy at AmazonBuy at Apple

Easy to use and a glowing 4.7 out of 5 from 6,652 reviews on Amazon mean the Apple iPod Touch is our pick for best MP3 player for kids in Australia.

It can be risky giving children phones, but the Apple iPod Touch provides most of the same functionality in a package which can be easily locked down by concerned parents. It comes in an array of cute colour options, and Apple's refined user experience makes it a cinch to use even for younger children.

With a 7th generation version of Apple's CPU onboard, the Apple iPod Touch will struggle to play some of the more modern games, and the battery onboard doesn't really have enough charge to keep the screen on for more than six hours, but as a device for messages over Wi-Fi or – more importantly – playing music, the iPod Touch is more than up to the task and therefore is a perfect option for kids.

The iPod touch is perfect for children under 12 who do not need a phone service, but like a portable device for app availability." Read reviews.