We analysed hundreds of customer reviews to find the 10 best LEGO sets in Australia you can buy online.

Toys From the Past and Present

The best LEGO sets in Australia

Our editorial team has picked the products featured in the list based on real customer reviews on Amazon Australia. For each category, we carefully selected parameters based on our research and identified the LEGO sets with the highest reviews within the criteria judged.

Verified 5 days ago Expires 27 Sep 2021
Get deal
Valid for a limited time only. While stocks last. T&Cs apply. 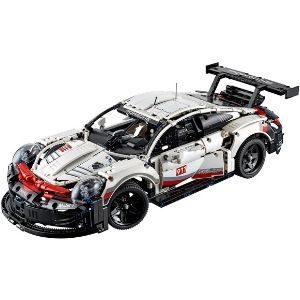 The Porsche 911 RSR set boasts many state-of-the-art features. Over 3,500 reviews were published on Amazon Australia and the average score was 4.8 stars.

This authentic replica features over 1,500 pieces. The car is red, black and white and there is a sticker sheet containing further details.

Functions include independent suspension and six-cylinder box engine with moving pistons. There is also a cockpit which has a radar screen as well as steering and a fire extinguisher system.

Customers were delighted with the product. Some said it was their "best impulse purchase". 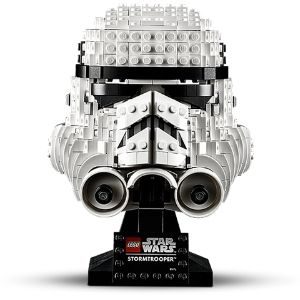 Fans can rebuild the empire in the comfort of their own home. With close to 2,000 reviews published on Amazon Australia, 89% returned a 5-star rating and it averaged 4.8 stars.

Customers said it was "beautiful" while others described it as "winning" as it combined two of their favourite things: LEGO and Star Wars. 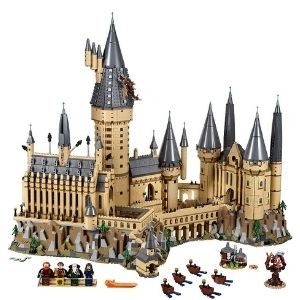 A winner at the 2019 Toy of the Year (TOTY) awards, the Harry Potter Hogwarts Castle set is complete with 4 Harry Potter figures, 27 microfigures and has towers too.

There are various components, including the Great Hall which has moving staircases and stained glass. The Hogwarts Castle is imposing, measuring 58cm in height, 69cm in width and 43cm in depth.

Comprising over 6,000 pieces, this set will suit all fans aged 16 and above. Customers were very satisfied, with some describing the set on Amazon Australia as "beyond expectations". There have been over 1,000 reviews on Amazon Australia, achieving an average of 4.9 stars. 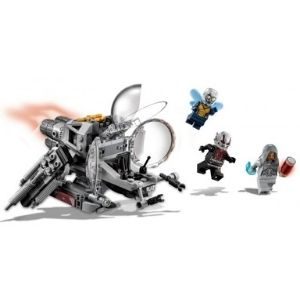 Buy at AmazonBuy at eBayBuy at David Jones

This set should cater to the whims of Marvel fans. Everything has been carefully thought out and it includes 3 LEGO Marvel superheroes in miniature form: Ant-Man, The Wasp and Ghost.

The Quantum vehicle has a cockpit, 2 adjustable insect arms and 2 stud shooters. Accessory elements include a gold-coloured trophy and The Wasp's wings. This set contains 200 pieces and the Quantum vehicle stands at over 7cm high, 15cm in length and 9cm wide.

Amazon Australia has published over 300 reviews and the average rating was 4.8 stars. Customers were very pleased with the LEGO set. Words popping up were "good" and "great". 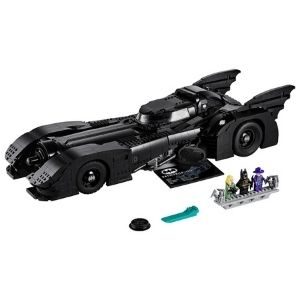 The DC Batman 1989 Batmobile set is eye-catching and contains over 3,000 pieces.

Of the features, there is a detailed cockpit that slides open and there are pop-up machine guns. The cockpit features two minifigure seats and a steering wheel. There is also a rotating display stand and decorative grappling hooks. The set comes with three LEGO minifigures – Batman, The Joker and Vicki Vale. The product dimensions are 58.19 x 37.8 x 16.1 cm and it weighs just over 10 grams.

Nearly 500 reviews have been published on Amazon Australia. The average score was 4.9 stars with over 90% of reviews receiving a perfect score. Customers used the words "enjoyable" and "incredible" to describe the product. 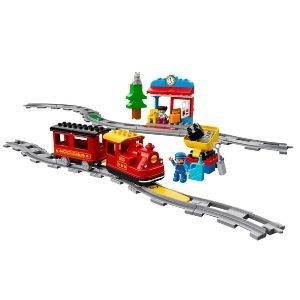 With this set, you can activate lights and sounds and it is quite straightforward for toddlers to assemble. Among the pieces included are an animal figure and a steam train driver.

The set's steam train with passenger carriage measures over 10cm in height, 30cm in length and 7cm in width.

There have been close to 3,000 reviews published and it averaged 4.8 stars. Customers said how "easy it is to put pieces together". 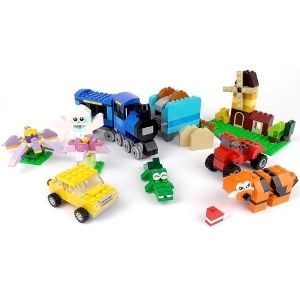 Buy at AmazonBuy at MyerBuy at eBay

Coming in a wide variety of colours, the Classic Medium Creative Brick Box will challenge young children. Among the special pieces in the set are a green baseplate, a window with frame and 3 sets of eyes designed to encourage imaginative construction.

This classic set comes in a plastic box and the green baseplate measures over 8cm in length and is 16cm wide. There are just under 500 pieces in this collection and the item dimensions are 36.9cm length by 17.9cm width and 18cm in height.

Amazon Australia has published over 9,000 reviews and on average, the product generated 4.7 stars. Customers said the product is an "excellent starting kit". 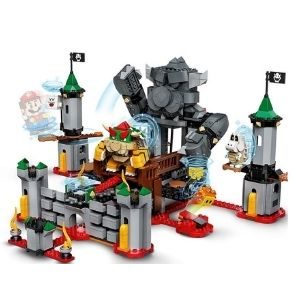 For those who grew up playing Super Mario, they won't be disappointed with Super Mario Bowser's Castle LEGO set. For enhanced play, there is an opportunity to download the LEGO Super Mario app that is compatible for Android and iOS devices.

Super Mario Bowser's Castle has just over 1,000 pieces and there are a plethora of features, including Bowser, Dry Bones and castle towers with rotating platforms. The set is just over 23cm in height, 47cm in width and 34cm in depth.

Having received around 900 reviews, this set averaged 4.8 stars. Customers were very satisfied and some hailed its "good design". 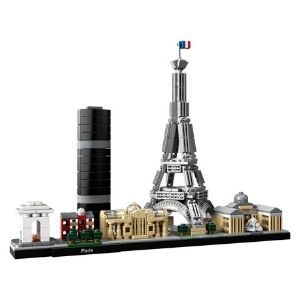 LEGO has an extensive range of skylines and among those is Paris. This very detailed model is suitable for children aged 12 and above. Finished off with grass and tree areas, the Paris Skyline is a good gift option for any occasion.

The set includes a tiled base and contains close to 700 pieces. Accompanying the set is a booklet providing information about the Eiffel Tower's architect and the heritage behind it.

With nearly 2,000 reviews published on Amazon Australia, the Paris Skyline has garnered an average of 4.8 stars out of 5 stars and 86% of these warranted a top rating. Customers said the product is a "fun build" while others praised the "architecture range". 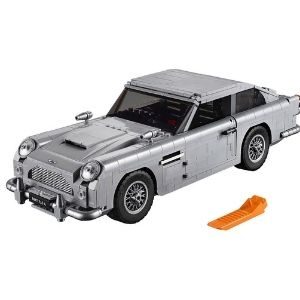 For 007 enthusiasts, this Aston Martin DB5 LEGO model comes with lots of gadgets. Featuring a raisable bullet shield and an ejection seat as well as a rotating licence plate, the Aston Martin DB5 can be enjoyed by all adults. The colour of the car is silver and there are opening doors and a trunk.

With nearly 1,300 pieces in the set, the Aston Martin DB5 model measures over 10cm in height, 34cm in length and 12cm in width.

The model averaged 4.8 stars out of 5 from nearly 700 reviews on Amazon Australia. Some customers said it is a "must have".

Charles Perrin is a contributing writer at Finder. Previously the Daily Express' online overnight sports editor, and with over 10 years of experience in the field, Charles regularly writes for a multitude of different clients working remotely. Charles is hugely passionate about all sports and has a particular focus on golf, tennis and football. He graduated from De Montfort University, Leicester with a 2:1 honours in History and Journalism and is fully accredited with the NCTJ (National Training for the Council of Journalists).