Best laptops for students in Australia

We read hundreds of customer reviews to find the best laptops for students available to buy in Australia across a range of categories.

The Best laptops for students in Australia 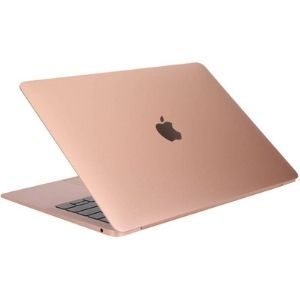 Buy at KoganBuy at Apple

With a whopping 4.8 out of 5 from more than 10,000 reviews on Google, and providing a great balance between price, functionality and sheer sexiness, the 2020 variant of the Apple MacBook Air with Apple's revolutionary M1 Chip is an easy pick for Best Student Laptop Overall in Australia.

The M1 Chip at its core provides more than enough power to turn the 2020 Air into a laptop that is just as good as its thicker contemporaries, while Apple's focus on sleek, thin design makes it one of the lightest laptops around.

People felt that the webcam wasn't as good as it could have been, a compromise made to keep the machine as thin as possible. That same focal point means the Air only has a couple of Thunderbolt ports, which may lead to issues for some people. Still, as long as your curriculum is Mac-friendly — and most courseloads are — this should be your first pick.

This does everything you need it to do, plenty of processing power, and so nice and lightweight, you'll use it all the time. 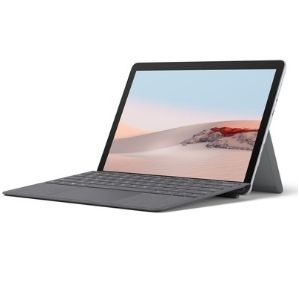 Buy at AmazonBuy at The Good GuysBuy at Microsoft

Earning a score of 4.5 out of 5 from 896 reviews on Google and costing just over $1000, the Microsoft Surface GO 2 is our choice of Best Budget Student Laptop in Australia.

A few caveats come with this recommendation — do not make the mistake of grabbing the cheaper Pentium variant of the Surface GO 2, which suffers from heinous heat-based throttling and low usable memory. Get the Core M3 version we have linked here. And as always when buying a Surface, make sure it comes with a keyboard — more than a few versions do not (although we've directly linked to a version with it included).

With that aside, for just barely over $1000, the Surface GO 2 is a great pick for students on a budget. It runs a full-fledged version of Windows (once you switch away from the "S" default option), features a gorgeous (if a teeny bit small) screen and readily transforms into an easy to use tablet when it's time to take a break from study.

It's a wonderful machine that is ready to tackle whatever you throw at it and is so lightweight and portable, why wouldn't you want to take it everywhere you go. 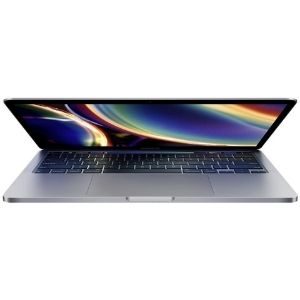 Buy at AmazonBuy at eBayBuy at Apple

Sitting at 4.8 out of 5 from nearly 2400 reviews on Google, the Apple MacBook Pro 2020 also boasts an effective battery life of over 16 hours, which makes it our pick for Best Student Laptop for Battery Life in Australia.

The M1 chip in the Apple MacBook Pro (and its thinner sibling the Air) is spectacularly efficient, which allows it to provide oodles of power while using very little juice. It's got better speakers, a better webcam and a fantastic microphone array system which allows it to edge out the Air for those doing remote learning.

There are a few variants of the 13 inch Apple MacBook Pro, but if you're looking for battery life be sure to get the M1 chipset version. While the Intel chipset variants boast more ports and much more powerful processors, their effective battery time is nearly halved.

The new M1 soc [System on a chip] is a revolutionary advance in performance and long battery life. 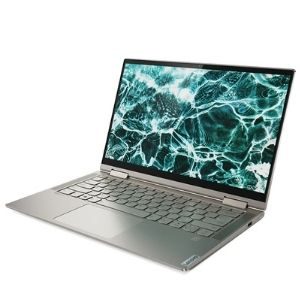 At a mere 14mm thick and rocking a score of 4.7 out of 5 on Google, the Lenovo Yoga C470 is our selection for Best ultra-thin student laptop in Australia.

Gone are the days of compromising when it comes to ultra-thin laptops — now you can get a machine that is under 15mm thick and less than 1.8kg heavy that is also as good as many other machines. And the Yoga C470 is more than capable of keeping up with others.

It features more than 13 hours of battery life, a 14" screen and 512GB of storage, which puts it on par with the MacBook Air while running Windows instead — important for a small handful of course loads. The biggest drawback mentioned in user reviews is the glarey screen, which can be fixed with a suitable screen protector — which is recommended, as the C470 is a very competent 2-in-1 hybrid laptop/tablet to boot.

There is no other laptop that is on par with this one! 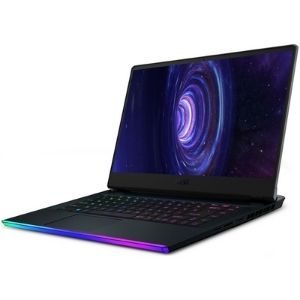 Taking full advantage of Nvidia's powerful RTX 2060 graphics card and holding steady at 4.8 out of 5 on Google from more than 800 reviews, the MSI GE66 Raider is our recommendation for Best Student Laptop for Gaming in Australia.

The Nvidia RTX 2060 at the core of the MSI GE66 Raider is what makes it superb for gaming. By utilising Nvidia's DLSS (Deep Learning Super Sampling) technology, the Raider is able to get better framerates in games while using less power, saving on battery life and keeping the machine cooler.

Still, with that much power at its core, the MSI GE66 Raider is prone to getting loud — sometimes louder than the built-in speakers can overcome, though you'd be struggling to win many Victory Royale's using speakers anyway (better to get good headphones). And the premium performance demands a premium price, which is important to consider. Still, with a gorgeous 300-hertz screen and MSI's MysticLight RGB control software, it's both a show-er and a go-er.

This laptop hits the mark in almost every way. If you're a traveller or student who likes to game, this laptop is for you!

Buy at AmazonBuy at KoganBuy at Apple

With the M1 Chip at its core and decades of Apple design genius backing it up, the Apple MacBook Air is acclaimed far and wide for its good looks and fantastic performance. It's cheaper than the MacBook Pro while still boasting most of the same features, with just slightly shorter battery life. One thing people do miss on the MacBook Air is the Pro's highly customisable touch bar, but the trade-off, in this case, is a much lighter and thinner laptop.

People love the ergonomically designed slanted keyboard, the gorgeous 13-inch screen and the Dolby Atmos speaker system built-in. They're not crazy about the webcam, which takes low-quality video, and some reviews say they found the machine fan gets loud and hot under a lot of stress.

This MacBook Air is a perfect for those that mostly use a computer for everyday use, but need the occasional boost of power.