Our expert team conducted extensive research and found the best graphics cards for every budget and purpose.

The best graphics cards in Australia 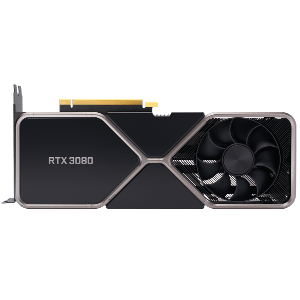 If you want a top-shelf graphics card to last for many years to come, all factors considered, NVIDIA's recently revealed RTX 3080 is unquestionably the GPU to buy. It's a generational leap over the previous champion, the RTX 2080, and is roughly 30% faster, and, miraculously, cheaper.

Ray tracing is this generation's Holy Grail, and the 3080 excels in this department, powering all the visual bells and whistles without the typical significant hits to frame rate. NVIDIA's official benchmarks have the 3080 (running in 4K at the highest visuals setting and with ray tracing enabled on a beefy PC) hitting 80fps in Remedy's Control, and just under 80fps in Minecraft. The same set-up with the previous generation's RTX 2080 yielded 45fps in Control and 40fps in Minecraft.

If effortless 4K gaming, beautiful ray-traced visuals and buttery frame rates are what you're looking for, the RTX 3080 is hands down the best option on the market. 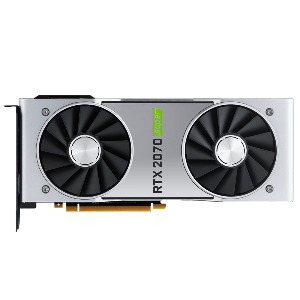 NVIDIA's RTX 2070 Super should be your go-to option if you're looking for impressive 4K performance without blowing the entire bank. The 2070 Super is powered by the same Turing TU104 GPU as the considerably more expensive RTX 2080, and, given its performance to cost equation, we consider it the better purchase.

Digital Foundry was able to benchmark the RTX 2070 Super as hitting a solid 50fps at 4K on ultra settings in Ubisoft's Assassin's Creed Odyssey (only three frames less than the RTX 2080), a good 82fps in Battlefield 1 and a respectable 53fps in Far Cry 5. It doesn't output blistering frame rates, but it is enough, especially considering it's less than half the price of the current top cards. In the less than $700 bracket, you won't find a better GPU option for 4K gaming. 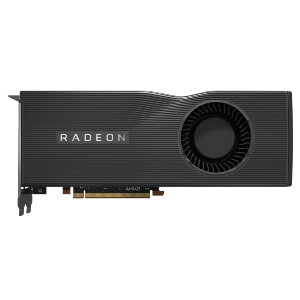 If you’re more concerned with stable, competitive frame rates at a lower resolution than maxing out pixels and next-gen lighting effects, you can make do with a considerably less expensive card. Though its premium line is outdone by NVIDIA’s, AMD’s mid-range cards represent fantastic value.

AMD’s Radeon RX 5700 XT will comfortably handle all your 1080p or 1440p needs. It doesn’t have any ray tracing capabilities, and it will suffer a noticeable hit in frame rate if you try to push it up to 4K resolution, but for smaller monitors, it has you more than covered. 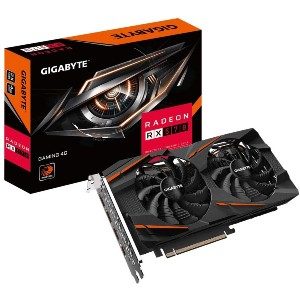 Once considered a mid-range card but now superseded by successive generations of newer GPUs, AMD's RX 570 is currently fantastic value and the best graphic card you can snag for around $200.

If you just want to play recent games but don't care about optimising visual settings, resolutions beyond 1080p or frame rates beyond 60fps, you won't find a better deal in the PC space. The RX 570 lacks all the modern bells and whistles you'd expect on a premium card, but that's not really the point – if the goal is to dive into PC gaming for not much more money than a new console, you'll be well served.

There's a 4GB GDDR5 version and an 8GB version, and given that the price difference is negligible, we'd recommend the 8GB option. Though comparisons between PCs and consoles are fraught for many reasons we don't have space for here, 8GBs of GDDR5 memory is exactly what powers the PlayStation 4, so take that for what it's worth as a benchmark.

If you don't want to cough up for the unopposed champion – the brand new NVIDIA GeForce RTX 3080 – you have two serious options for good value/good performance VR gaming: the AMD Radeon RX 5700 XT and the NVIDIA RTX 2070 Super. Both provide very similar VR experiences and both can be had for around $600. But we're giving the edge to the NVIDIA card – just know that it's really, really close.

The team at Babel Tech have performed a useful benchmark between these two cards and found that although they're within a breath of each other, the RTX 2070 Super outperformed the RX 5700 XT in 10 out of 12 tested games.

The main reasons we've opted for NVIDIA's card, however, is futureproofing and versatility. Eventually, ray tracing will arrive in the VR realm, and only the NVIDIA option here will give you a foot into that beautifully lit door. And considering that very few people play VR exclusively, NVIDIA's card is also a wiser option for non-VR 4K gaming, making it the more rounded pick overall. 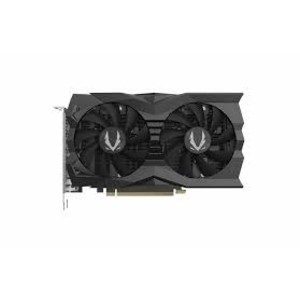 Third-party manufacturer ZOTAC has somehow managed to cram all the beefy power of the RTX 2070 Super into a smaller form factor, which ZOTAC claims will fit inside 99% of all PC cases on the market.

At 209.6mm, ZOTAC's Mini is approximately 6cm shorter than its larger cousin, which could make all the difference if your PC case is of the compact variety or your motherboard is already overflowing.

We've praised the 2070 Super's performance elsewhere on this list, and all of that still applies here – just expect to spend around an extra $100 for the smaller profile of the Mini.