Blast your foes into digital dust with this roundup of the very best gaming laptops you can buy.

Thanks to integration of basic GPUs on just about any laptop, it's possible to play games of some sort on most of them. However, if you're looking for good gaming performance, or a laptop that will enhance your eSports skills, you really can't just make do with a basic office machine. What you need is a laptop that's been built with gaming in mind, from its frame to its keyboard to its choice of both CPU and GPU.

We've used a combination of our own reviews and review ratings from a wide variety of online sources, plus real-world consumer reviews to sort out our list of the best gaming laptops you can buy. All choices are independently made based on our combined 60+ years of reviewing experience and are not based on commercial relationships.

A no-holds barred gaming monolith – if your wallet's weighty enough to take the strain. 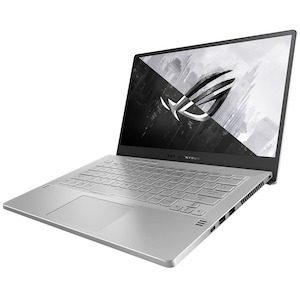 Buy at AmazonBuy at Dell

Alienware's Area 51 M17 R2 is a laptop with all the trimmings – and most of the weight too. It's a serious gaming machine at a very high price point, although like most of the laptops in this list there is some wriggle room depending on your configuration choices. Aside from its astonishingly good gaming performance, we also liked its full sized keyboard, which has great actuation without being notably noisy, giving the Area 51 M17 R2 plenty of scope for work outside gaming, too.

The downside of the Area 51 M17 R2, aside from the dent it'll leave in your wallet is that it's very bulky and heavy with a base riser that doesn't sit comfortably on your lap. Its power draw is so high that to get the most out of it, it needs two power adaptors, and if you do run it off battery, don't expect it to last all that long.

A thin and light gaming laptop with excellent battery life. Time was, gaming laptops had laptop form factors but little of the portability you'd expect from something called a "laptop". Asus' Republic Of Gamers (ROG) Zephyrus G14 is one of a newer breed of very portable, very powerful gaming laptops. Reviewers praised it for its 120Hz display, solid performance with a range of configuration options and above all, the fact that it was a thin and light laptop with great battery life, a feature not that common in the gaming laptop space. Razer sells a lot of different models of the Razer Blade 15, with a range of screen types, refresh rates up to 300Hz and of course a wide array of CPU and GPU options as well. They're nicely cutting edge devices with performance to match, although as you go up the feature set range, the prices predictably jump up as well.

Razer's iconic black design mostly serves the Razer Blade line well – they're almost like the alternate universe MacBooks in a way, and I'll leave it to you to work out which is the "evil twin" – but that black finish isn't always the best in terms of heat dissipation, because they can get quite hot under heavy load. Like many gaming laptops, battery life also isn't spectacular.

Read our review of the Razer Blade 15 Base Model.

A sleek metallic beast of a gaming laptop. Acer's premium gaming laptop impressed reviewers thanks to its understated – by gaming laptop standards – design, and the inclusion of a 300Hz capable display, along with the requisite graphics power to do that kind of refresh rate justice. As with most premium gaming laptops there's little issue with getting the Triton 500 to run AAA games titles at the best possible resolutions, and Acer's soft touch keyboard also had its fans. However, it was criticised for its high price, the size of its included touchpad and the fact that its battery life really isn't that great for a 15 inch laptop. 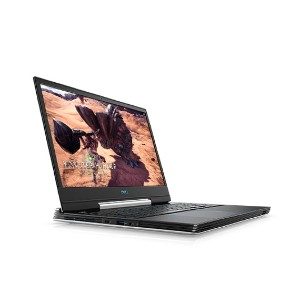 Buy at AmazonBuy at Dell

Dell's not a brand you think of when it comes to gaming laptops – unless you're aware it's the owner of the Alienware brand – but it has been producing gaming laptops under its own brand for some years now. Reviewers praised the Dell G5 15 for providing more bang for your gaming buck than you'd expect while not attracting the high-end prices usually attributed to more "pure" gaming brands. It's a thin and mostly light laptop line with a good array of ports, and decent overall performance.

That being said, many reviewers pointed out that you have to configure carefully. Base line cheaper models lack many of the niceties that gaming laptop buyers might want, such as high refresh rate displays, better GPUs or higher resolution screens.

5
Best Gaming Laptops ranked
Was this content helpful to you?
Thank you for your feedback!