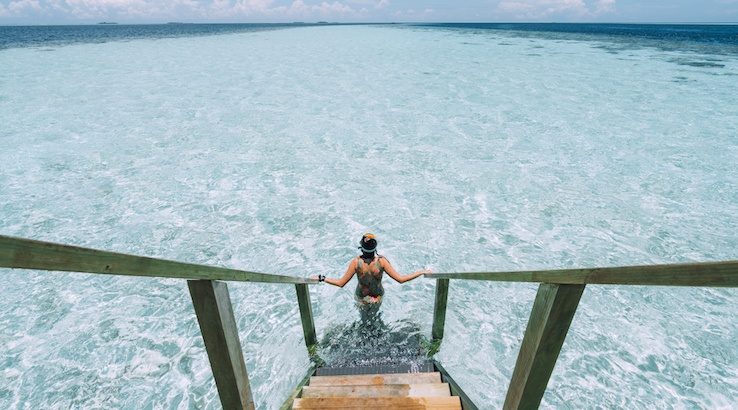 Want to reward your spending? Book your next holiday with your pick of credit cards offering up to 200,000 bonus points.

If you're on the hunt for a new frequent flyer or rewards credit card that'll help you earn more points, look no further than this month's round-up. We've handpicked the cards that offer the biggest bonus points offers through Finder in February. As usual, we've included a range of cards that collect frequent flyer points with Qantas and Velocity. If you prefer the flexibility of bank reward programs, we've included some options for St.George Amplify and Westpac Altitude points chasers as well.

How did we pick this month's line-up?

We've selected this month's line-up based on the cards with the biggest bonus points offered through Finder in February 2020.

We've narrowed down our top picks by cards that offer at least 50,000 bonus points in the first 12 months. The round-up only includes cards that collect 0.5 points or more per $1 spent.

There's no one best credit card for every type of points chaser, so you should compare your options before you commit to a new card.

The Qantas Premier Platinum Mastercard offers one of the biggest bonus Qantas Points promotions right now. When you apply by 26 February 2020, you'll earn 20,000 bonus Qantas Points each month you spend at least $1,500 on eligible purchases for the first six months. That adds up to a total of 120,000 Qantas Points!

The perks for Qantas travellers don't end there either. Each year, you'll get two single-entry complimentary lounge invitations. The passes give you access to Qantas Club lounges or Qantas-operated International Business Lounges. You can also save 20% off selected domestic companion flights each year when you book your travel through the Qantas Premier Concierge service.

If you use your card to make a qualifying purchase with Qantas in the first six months after card approval, you can pay it off with no interest for six months from the date it's processed. Like most Qantas Frequent Flyer cards, you can save on an essential travel cost with complimentary international travel insurance cover.

These perks come with a price tag of a reduced first-year annual fee of $199, which increases to $299 p.a. after that.

New NAB Qantas Rewards Signature card cardholders can also earn 120,000 bonus Qantas Points. The difference is that you won't pocket them all within the first year.

Save $100 with a reduced annual fee of $295 in the first year that reverts to $395 p.a. after that. This Visa card offers complimentary travel insurance and a concierge service but you won't receive any lounge passes.

The American Express Velocity Platinum credit card’s current offer has topped the Velocity category in the past, but you only have a few more days to jump on it. When you apply by 12 February 2020 and spend $3,000 in the first 3 months, you’ll score 100,000 bonus Velocity Points.

You could use your bonus Velocity Points to fly return from Brisbane to Bali or one way from Sydney to Honolulu in business class (71,500 Velocity Points).

This card is packed with travel perks as well. Once you’ve made your first card spend each year, you can book an Australian getaway with a complimentary domestic return Virgin Australia flight between selected cities. The Amex Velocity Platinum also offers passes to two different airport lounges. Each year, you'll receive two single-entry passes to Virgin Australia lounges in Australia and two complimentary entries to the American Express Lounge at Sydney and Melbourne's international airports.

The American Express Velocity Platinum card is one of the few that rewards cardholders with status credits. You'll get 100 Velocity Frequent Flyer Status Credits when you spend at least $50,000 on eligible purchases within the membership year. You can also make use of complimentary travel insurance and purchase protection covers.

This card charges a relatively high annual fee of $375, so it’s important that you take full advantage of the card’s rewards and features.

You can unwind before your next flight with two single-entry Virgin Australia domestic airport lounge invitations each year. You'll get your passes when you make a direct purchase with Virgin Australia. Plus, you'll receive two vouchers for Economy X Seat Upgrades for eligible domestic flights each year for you and other passengers travelling on the same itinerary.

Best credit cards for other rewards

The St.George Amplify Signature credit card awards the biggest bonus points deal in this month's line-up but it's also ending soon. When you apply by 12 February 2020, you'll get 130,000 bonus Amplify Points in the first year and another 70,000 bonus points when you spend at least $12,000 each year.

This card also has a competitive earn rate of 1.5 points per $1 spent. You can redeem your Amplify Points for partnered frequent flyer points, gift cards and products from the rewards store. To give you an idea of your rewards potential, you could exchange your bonus points for 100,000 Velocity Points or redeem $850 in Mastercard gift cards (166,500 Amplify Points) with points to spare.

Compare these credit cards side by side

This is a selection of credit cards with competitive bonus points offers available through Finder right now. As there's no one best card for everyone, take some time to compare more frequent flyer and rewards credit cards to find the right one for you.