We've found the top 6 fitness trackers you can buy in Australia right now, based on expert hands-on testing and real customer reviews.

We've combined our own reviews of fitness trackers along with the review ratings from major reputable sites and consumer feedback to determine our listing of the very best fitness trackers you can buy.

All choices are independently made based on our combined 60+ years of reviewing experience and are not based on commercial relationships. 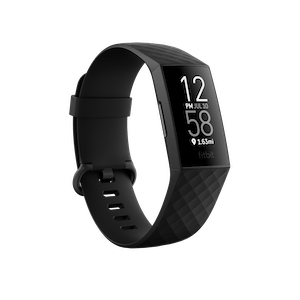 There's near uniformity in the fitness tracker reviewing and using community that Fitbit is the brand to beat and it was chosen by consumers as the best fitness tracker brand in the 2019/2020 Finder Retail Awards. Nearly all that acclaim lands at the feet of the affordable, simple and yet highly effective Fitbit Charge 4.

It's lauded for the accuracy of its GPS tracking, a feature that not every fitness band in its price range includes, as well as how well it tracks your pulse during exercise. Fitbit does an excellent job of gamifying your exercise routines to encourage you to keep on moving as well. On the downside, the display on the Fitbit Charge is relatively basic, with a monochrome only display that some users found intermittently difficult to wake from sleep. 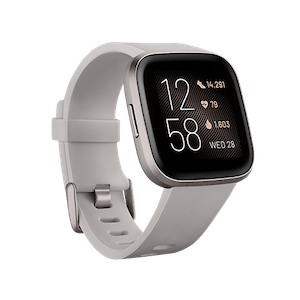 If you want to track your steps but you don't like the "wristband" look of most standard fitness trackers, your other option is a watch-based fitness tracker. The Fitbit Versa 2 scored well with reviewers and users for handling the basics of heart rate reading and step tracking well, alongside its simple watch functions. The trade-off for that is that you don't get GPS tracking for your exercise efforts outdoors and it switches the display off pretty quickly to preserve its battery life. Some users also found it hard to get to grips with its interface thanks to its small display. 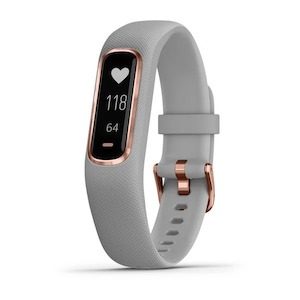 Garmin's Vivosmart 4 isn't its newest tracker, but it's one that scores well in online reviews, largely due to the stylish design of its band, which dodges that issue of wearing something that looks either too fussy or too "tech" inspired. Its status as an older device also makes it one that you can often score for a lower price than similar newer bands. Reviewers did note that its smaller size while keeping it inconspicuous did present challenges around accuracy of run tracking and interacting with its display after a heavy workout.

A simplified and intuitive tracker 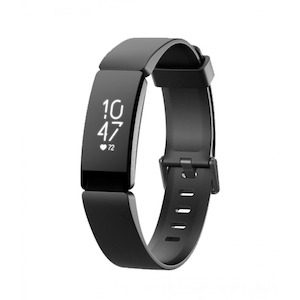 Fitbit's Inspire HR gets that suffix for the inclusion of a heart rate tracking feature – if that's not important to you it also comes in a standard edition for a little less – and it won plaudits for its simple light fit, as well as the quality and speed of its heart rate sensing. If you're looking for a band to wear 24/7 it's also a good fit with up to 5 days of battery life to use. Downsides for the Inspire HR include the lack of an onscreen battery indicator, a small display and the fact that if you take a breather in your running workout, the Inspire HR doesn't detect that and pause your workout tracking.

Find out more in our full review of the Fitbit Inspire HR.

An affordable and very smart watch with good fitness tracking 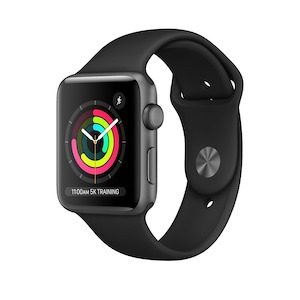 Buy at KoganBuy at The Good GuysBuy at Bing Lee

While Apple has shinier and newer Apple Watch models such as the Apple Watch Series 6 and Apple Watch SE that it would like you to buy, it still offers the older Apple Watch Series 3 for consumers on a tighter budget. Considering that you get what is still one of the best smartwatches along with fitness tracking features including the upcoming Apple Fitness+ on board, it's a bit of a bargain because Apple has dropped its price nicely to make the newer models seem more attractive. You can style it as you like – Apple charges a lot for its own bands but there's a lot of third-party options available for a lot less – and its heart rate tracking works well. However, as a fitness band its battery life is quite ordinary and there's no sleep tracking or blood oxygen tracking as you get with the newer Apple Watch Series 6 model.

Read more in our full review of the Apple Watch Series 3. 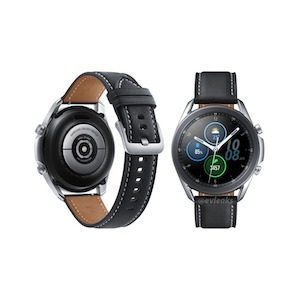 Buy at AmazonBuy at Kogan

Samsung's latest smartwatch offers a rich playground of fitness features, most of which kick into gear even without user intervention, which is neat. It sees the return of the very easy-to-use rotating bezel found on earlier Samsung smartwatches, one of our favourite user interface systems on any wearable ever. For a smartwatch, its battery life of two to three days is actually quite good – although of course conversely that's not great compared to some smaller, simpler fitness bands. It's also on the bigger and chunkier side, which won't suit everyone, and features such as the inbuilt ECG and blood oxygen sensing weren't activated in Australia at the time of our review.

For more information, check out our full review of the Samsung Galaxy Watch 3.

How to compare fitness trackers

A fitness tracker can make it easier to more accurately measure the impact of your exercise, as well as providing an easy and comfortable way to quantify your exercise and encourage you to do more.

Some of the earliest fitness trackers were little less than pedometers with Bluetooth connections and not much more, but as the category has expanded and improved we've seen a range of fitness tracking methods, health sensors and more come into the space.

Where to buy fitness trackers online in Australia