Do more than tap at your screen or at a limited laptop keyboard with our guide to the best computer keyboards for every budget.

The best keyboards in Australia

Our editorial team selected the products on this list based on a mix of our own reviews, as well as weighing professional reviews and consumer reviews against each other. This accumulated data set was used to pick our overall winners for each keyboard category. 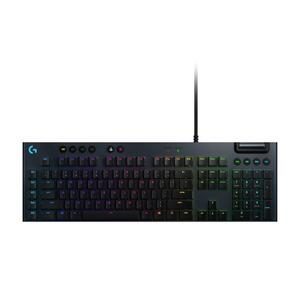 Logitech's G815 keyboard has "gaming" in the title, but it's not just for gamers. The keyboard's wide and flat key structure, integrated number pad and rubber multimedia keys make it an appealing option for home office workers, students and anyone wanting a pleasing typing experience.

Unlike most gaming keyboards, it's not accentuated for particular key noise, with a somewhat soft key tone. It does support RGB lighting if you want to go crazy with it, but it's fully configurable for PC and Mac users, so if you hate that kind of thing it's easy to disable.

You can read more about the Logitech G815 RGB Mechanical Gaming keyboard in our full review. 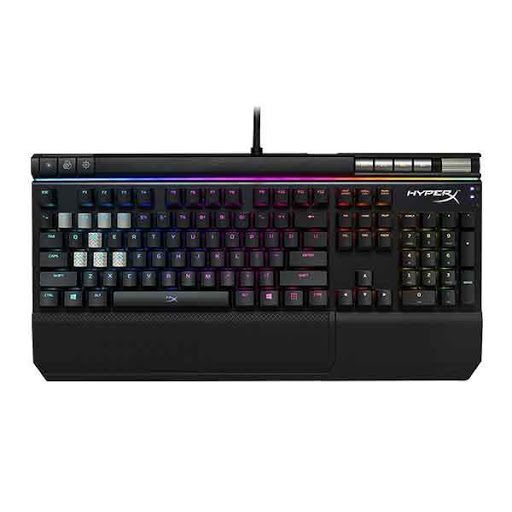 Gaming keyboards can cover a wide range of gaming needs, but for most gamers, the HyperX Alloy Elite RGB ticks all the boxes.

You want full RGB customisation? It's got it. Robust key actuation with a satisfying thump to every single move? Present and correct. It even manages the rare feat of including a really comfortable wrist rest, which is sometimes an afterthought on gaming keyboards.

You can find out more about the HyperX Alloy Elite RGB in our full review.

Buy at AmazonBuy at eBayBuy at CatchBuy at Bing Lee

You can spend very little on a keyboard – the cheapest we found in our round-up costs just $8 – but buying a budget keyboard doesn't mean having to put up with a sub-par experience. Our pick for the best budget keyboard is the Logitech K120 Wired Keyboard.

Reviewers praise it for being very light with quite low profile keys, although Logitech's claim of it featuring a noticeably quiet typing action didn't seem to ring true to some observers, who said that it was just about as noisy as other keyboards they'd tested.

There's no wireless or Bluetooth, and function keys are only basic, although you do get a full number pad if that's important for your spreadsheet work. Still, when you're typically paying less than $20 for a keyboard, what you want is a basic but durable model, which is where the K120 sits. 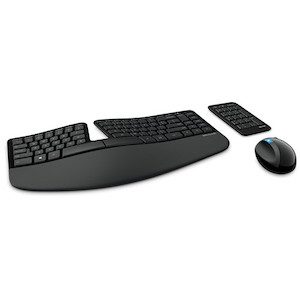 Buy at AmazonBuy at eBayMicrosoft Store

Microsoft's Sculpt Wireless Ergonomic Keyboard – most often sold with the accompanying Sculpt Wireless Mouse as a combo pack – is our pick for the best ergonomic keyboard.

For everyday users who just want a little more comfort in their typing, it's an excellent and highly portable choice. It's connected by a USB receiver that otherwise lives in the Sculpt Mouse and has its own detached number pad in regular alignment if you have a lot of spreadsheet work to do.

There's not a lot of key travel, but it also has a very soft touch that means it's a relatively quiet keyboard, especially compared to most ergonomic mechanical models.

If you're looking for an ergonomic mouse to go with it, check out our round-up of the best ergonomic mice in Australia. 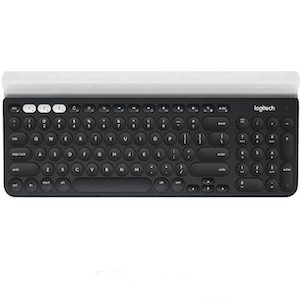 A good wireless keyboard should allow you the freedom to move, whether you're running a PC connected to your TV or want something more satisfying to type on than your tablet's glass screen. That's where the Logitech K780 Multi-Device Wireless Keyboard scores well with consumers and online reviewers.

The K780 keyboard connects to up to three devices via either Bluetooth or a supplied USB dongle, with a simple keystroke to change your pairing on the fly. It's lightweight and easily portable, although some reviewers did note that the actual keys are similarly light to the touch. You also don't get backlighting, but on a mobile keyboard like this, it would be something of a battery drain.

Learn more in our full guide to the best wireless keyboards.

If Bluetooth is your key need, then the Logitech K780 Multi-Device takes the crown again, just as it does for more regular 2.4Ghz wireless users.

It'll support multiple Bluetooth pairings – although you've got to pick which one you want current at a given time, so you can't run it as the keyboard for multiple devices simultaneously – with reviewers regarding it highly for battery life and portability. That matches up well with the needs of most Bluetooth users and makes it a great pick if you're looking for a keyboard to pair up to your tablet or smartphone.

It's a smaller and more mobile keyboard, but that does mean that there's less space between keys, and they lack backlighting if that's important to you.

Haven't found a keyboard that suits your needs? Compare even more options in the table below.

How to compare keyboards

Every standard keyboard tailored for the English language – and most keyboards with different character sets – will cover the basics that were on any typewriter 100 years ago, but there's a lot more to a keyboard than just being able to type on it or how much it costs. Your own needs may vary, so when you're picking the next keyboard to work from, consider the following:

The first computer keyboards were all wired, but we no longer live in a tethered world. Wireless keyboards require less desk clutter and can work from a good range away from your PC, whether you're working with a 2.4GHz USB dongle or via Bluetooth. However, there's some key latency involved, and you've got to keep them charged, something you never have to worry about with a wired keyboard.

Plenty of keyboards include more than the expected F1-F12 keys, typically suited around multimedia or gaming functions. They can be useful for specific functions, especially if you can map them to app shortcuts, but equally they take up keyboard space if you prefer a smaller desk imprint.

Most cheap keyboards just employ simple actuation switches, but more complex mechanical keyboards include full switches that give lots of key travel and durability, which is important not only for gamers but also those who are going to do a lot of typing on them. Select switch types offer quieter actuation, so you're not stuck with sounding like a machine gun when you're working away.

If you do a lot of spreadsheet work, having a number pad is a bit of a must, but it does make for a longer keyboard that's less portable and takes up more space on your desk. If your needs are more character-based, a smaller 10-keyless keyboard could be a good match.

A lot of home office keyboards are bundled with wired or wireless mice, which is great if you need both and less so if you're happy with your existing pointing device. However, they're often cheaper models of mouse, and it is worth checking to see if your keyboard of choice can be purchased solo.