Our expert team has analysed hundreds of customer reviews of cheap laptops of every kind to determine the best available in Australia for all purposes.

The best cheap laptops in Australia 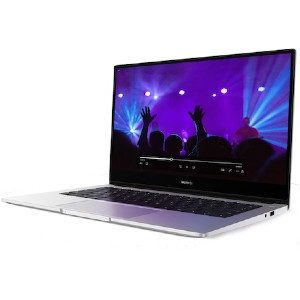 Earning a 4.7 out of 5 from 906 ratings on Amazon, the HUAWEI MateBook D14 (2020) is our pick for the best cheap laptop overall. It's a fantastic all-rounder for people looking to grab a sleek, thin laptop on a budget. It weighs just 1.38kgs, boasts a battery life of 9.5 hours and its ability to charge off USB-C means it can be powered by a good quality powerpack.

Reviews noted that they weren't a fan of the camera placement and many recommended grabbing a portable mouse to avoid relying on the trackpad. It's also rare to find a laptop these days that doesn't use a touchscreen, which might turn some away, but outside of these quibbles, there is no laptop that can satisfy as many roles as the MateBook D14. The HP Chromebook X360 14-Inch 14b-ca0010nr scored a 4.7 out of 5 from 570 ratings on Amazon, which is why it's our pick for best cheap 2-in-1 laptop for Australians. Reviews praised the ability of the HP X360 to transition quickly between laptop and tablet, allowing them to use it for everything from drawing to watching media and word processing.

Being a Chromebook, the X360 uses ChromeOS, which could be a dealbreaker for some. The Google-made operating system utilises Chrome Apps and Android Apps instead of regular Windows programs, relying heavily on cloud-based storage solutions instead of onboard storage, making it a little less suitable for people without a stable Internet connection. But savvy users can take advantage of the USB 3.0 connections and external storage to make up for any deficits. Being a budget laptop, it's important to note that it's not going to play everything perfectly, but if you're after a machine that will knock out 60+ frames in Counter-Strike, World of Warcraft or League of Legends then you can't go past this. Many reviews noted that the fan was very loud under load and the onboard sound isn't great, so it might be necessary to rely on alternative sound solutions if you're hoping to hear that incoming flash ult. The sleek red HP15-DW0083WM is our pick for best cheap laptop for students in Australia thanks to its 112 ratings giving it 4.7 out of 5 on Amazon. Praised for its clear and bright screen and its gorgeous bright red design, the HP15-DW0083WM is perfect for students who need a workhorse laptop that also looks pretty good.

It comes with Windows "S mode" enabled by default, but many reviews pointed out that this is easy to disable, allowing users to install whatever apps they choose. With nearly 11 hours of screen-on time and HP Fast Charge able to take it from 0–50% charged in 45 minutes, it can lighten the load on students who forget to charge their laptops overnight. Some users lamented that the screen resolution is only 1366x768 but most still praised the machine, particularly the screen, overall. With a score of 4.3 out of 5 from 21 ratings, the Acer Swift 3 SF314-42-R7LH is our pick for best cheap laptop for portability for Australians. At only 16mm thick and weighing just 1.2kg, the Acer Swift 3 is by far the best marriage of size and weight at this price point. It has ultrabook looks at under $1,100.

The 1080p 14-inch IPS screen provides a crisp and clear picture for people using the Swift 3 for watching videos or doing work, although reviews noted that it doesn't have the hardware needed to play anything but the most basic games. Many reviews said they had Bluetooth issues out of the box which required a driver update to fix.

Our pick for best cheap laptop for battery life for Australians was also our best cheap 2-in-1. The HP Chromebook X360 14-Inch 14b-ca0010nr boasts 12.5 hours of battery life and the reviews from real users back those claims up. By relying on eMMC storage and a lower resolution screen, the HP X360 extends its battery life immensely – many high-end laptops struggle to get 12.5 hours of screen-on time.

It has charging ports on both sides, making it easy to top its battery back up in any orientation, something many users really liked. It doesn't come with a stylus, which means people using it for art will need to purchase one separately. Reviews recommended getting a drawing glove as well to deal with palm rejection. The Acer Aspire 5 A515-44-R41B has a crazy amount of ports and scored 4.4 out of 5 from 93 ratings on Amazon, which makes it our recommendation for best cheap laptop with the most ports for Australians. With a USB 2.0, a USB-C, an HDMI with HDCP support and an expandable RJ45 (ethernet) and two USB 3.1 Gen 1 ports the Acer Aspire 5 A515-44-R41B has expansion options for days.

Reviews complained about the cramped keyboard causing some accidental wrong presses and some said that it had a plastic feel that made it feel budget compared to other machines. But most people overlooked these issues and instead praised the machine's high-quality screen and above-average battery life while recommending this laptop, especially for anyone who hates USB hubs. 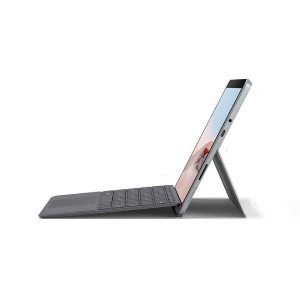 The Microsoft Surface GO 2 is the best cheap Microsoft Surface laptop for Australians, with a score of 4.6 out of 5 from 119 reviews on Amazon. Reviews make it clear that the Core M3 variant with 8GB of RAM is the only Surface GO 2 to purchase, as the cheaper versions are barely able to accomplish even basic computing tasks. The version we picked also comes with a Type Cover – the Surface laptop – and while it is possible to save some money by not purchasing a Type Cover you will be restricted to using the on-screen option or a separate Bluetooth keyboard.

Once Windows 10 is installed, many reviews pointed out that 128GB isn't a stack of storage space and with just 5 hours of battery life it's certainly not a machine you can take away from a power source for a long time.

8
Best products chosen
Was this content helpful to you?
Thank you for your feedback!