We read hundreds of customer reviews and found the 7 best card games for your next party.

The best card games for parties in Australia

For this list, we picked card games for parties based on actual customer reviews and ratings on Amazon. For every category, we carefully chose parameters based on our research and determined products with the highest review score within those parameters. 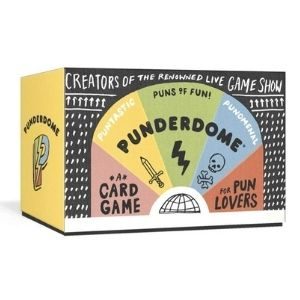 Our pick for the best overall card game for parties is Punderdome, which has a rating of 4.3 out of 5 stars from over 2,000 Amazon reviews.

In Punderdome, a player draws two prompt cards and reads them to the rest of the group. The other players then have 90 seconds to come up with a pun combining the prompts. When the time is up, the players reveal their puns to the assigned prompter, who will award the prompt cards to the player most worthy of the point. The first player to get 10 pairs of prompt cards wins the game.

If you enjoy puns, you'll love playing Punderdome. The rules are simple, and the gameplay is fast-paced and hilarious. People enjoy playing it with friends and families, both in person and over Zoom. It's a funny game where you'll witness everyone try their hardest to come up with the lamest pun just to win a point. Punderdome also has a light, casual gameplay, suitable for breaking the ice. However, it's difficult to win because you have to be a master of puns to do so. A few customers also said it gets tedious after several sessions. 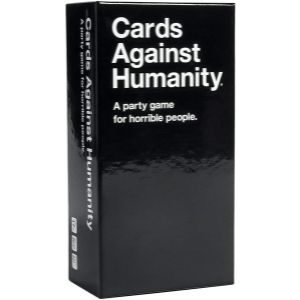 For the best party card game for adults, we picked Cards Against Humanity, which has a rating of 4.8 out of 5 stars on Amazon.

The "party game for horrible people", Cards Against Humanity is inspired by the iconic Apples to Apples. In this game, players ask questions from a pile of black cards in every round. Everyone else will then try to answer with the funniest white card that they have. The cards typically contain racy and politically incorrect statements, making for funny and embarrassing gameplay.

This card game is the perfect party game for adults with a warped sense of humour. It's also great for small gatherings, but not for family reunions. The controversial cards make for hilarious answers, which people found to be the cause of many funny tears. It is easy to learn in mere minutes as well. However, a few people said Cards Against Humanity gets repetitive after a couple of rounds. 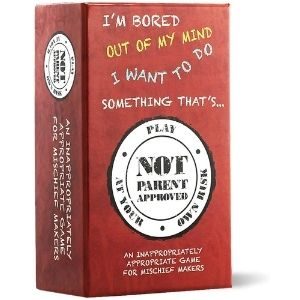 Not Parent Approved gets our seal of approval for the best card game for kids. It has a rating of 4.9 out of 5 stars on Amazon.

In Not Parent Approved, players draw seven red cards for their personal pile. The assigned Burp Boss draws a blue one and the rest of the players choose one of their cards to answer it. The Burp Boss then picks the first-placed answer and hands the blue card to the player. To win, players must have the most blue cards by the end of the game.

This party card game contains over 200 cards with funny kid-friendly questions. It's similar to Cards Against Humanity, but it's toned down and not as racy. While it's a card game for kids, people of all ages seem to enjoy its gameplay. However, Not Parent Approved gets too repetitive for some people. The cards are also a bit sticky, but this seems to be a minor issue. 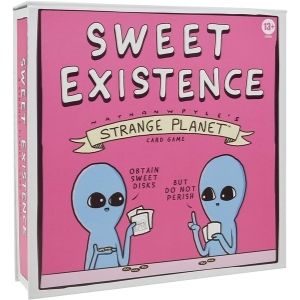 For families, we recommend Sweet Existence: A Strange Planet as the best card game. On Amazon, it has a rating of 5.0 out of 5 stars.

Based on Nathan W. Pyle's webcomic and books, Sweet Existence: A Strange Planet is a strategy party game where players form connections, experience life events and develop strategies to collect Sweet Disks while avoiding the Perish card. The player remaining with the most Sweet Disk cards wins the game.

This family friendly card game features cards with a unique comic depicting the characters' humour and curiosity. Despite having a lot of moving components, people said it's easy to play and doesn't really require a lot of strategies. It can still get challenging, which is perfect for competitive families. However, winning the game sometimes relies on drawing the best cards. Experienced gamers might also find the game too light and easy for their preference. 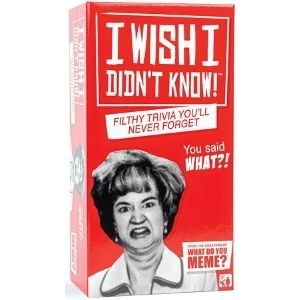 With a rating of 5.0 out of 5 stars on Amazon, we chose I Wish I Didn't Know as the best trivia party card game.

I Wish I Didn't Know is a mature trivia game for ages 17 years old and up. To play, players rotate drawing a card while everyone else tries to guess the correct answer. Once everyone has guessed, the judge reveals the answer, awarding points to the player who got it. The player with the most points at the end wins.

One of our picks for the best card games for adults, this trivia game features inappropriate and often embarrassing questions, great for parties and other large gatherings with friends. The mechanics are also easy and almost similar to Cards Against Humanity. I Wish I Didn't Know covers a wide range of topics and grotesque questions, perfect for gamers with a dark sense of humour. However, it's got low replay value because once you've played it, you already know the answers to every question. 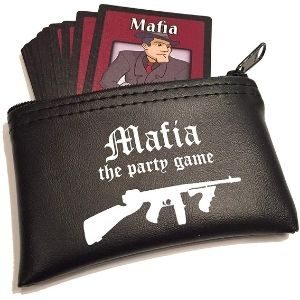 Our pick for the best social deduction party card game is Mafia, which has a rating of 5.0 out of 5 stars on Amazon.

In Mafia, players must pick a judge who will take notes of moves. The character cards are faced down to each player. The judge asks players to close their eyes and the mafia members are asked to open their eyes, silently choosing a victim. All players will then open their eyes and the victim is announced. The players must then identify the suspect. The game continues until all mafia members or civilians are killed. The game also has three levels, described in the Ultimate Mafia Bible.

This social deduction party game comes with 24 street character cards, a crime-scene notepad and a game guide. It also comes in a compact, zipped pouch for travel. Customers appreciated that this version includes cards with specific characters, making it easier for players to identify their roles. They also loved the easy but exciting gameplay and simple rules. However, you need a lot of people to play the game. The cards are also flimsy, but this seems to be a minor concern.

Best charades party card game: On a Scale of One to T-Rex 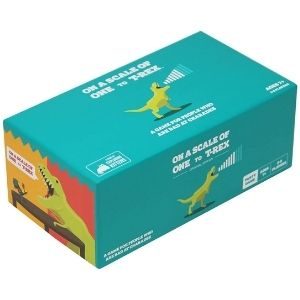 For the best charades party card game, we picked On a Scale of One to T-Rex. It has a rating of 4.7 out of 5 stars from more than 200 Amazon reviews.

The card game for people bad at charades, On a Scale of One to T-Rex requires players to perform awkward actions, like scratching an itch you can't reach, on a scale of 1 to 10. You earn points by guessing and matching the intensity of each player and their actions.

On a Scale of One to T-Rex is a fast-paced party game for people who don't like charades. The movements aren't a secret, but you have to guess the intensity of each other's performances. People said the directions and cards are easy to understand. The gameplay is also fast-paced, taking just about 15 minutes. However, this game tends to get loud and chaotic since players must do their actions simultaneously. Several customers also found it repetitive for their preference.

7
Best products chosen
Was this content helpful to you?
Thank you for your feedback!