We read hundreds of customer reviews to find the best almond milk you can buy online or from supermarkets in Australia.

The best almond milk in Australia

There are a number of factors to consider when deciding on which almond milk is right for you. However, if you are looking for an environmentally sustainable option that has less impact than traditional dairy, there are points you should think about when making your decision. While almond milk has the lowest greenhouse gas emissions and utilises the least amount of land to grow, it requires a substantial amount of water to produce being dubbed one of the "thirstiest" plant milks. Other alternatives such as soy milk use less water and only produce slightly higher greenhouse gas emissions.

Our editorial team selected the almond milks in this list based on extensive research and real customer reviews. For each category, we carefully selected parameters based on our research and identified the products with the highest review score within those parameters. 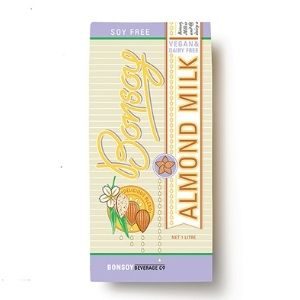 Buy at AmazonBuy at ebayBuy at Aussie Health Products

The Bonsoy Almond Milk was one of the highest-rated overall almond milks according to 12 Amazon reviews with rating of 4.7 out of 5 stars. Many reviewers found it to be an excellent almond milk that isn't watery and doesn't separate when combined with other liquids.

The Bonsoy Almond Milk uses roasted almond paste in its production and doesn't contain any questionable ingredients. It is vegan-friendly, dairy-free, lactose-free, soy-free and contains no cholesterol, preservatives, colours or flavours. It is made in Japan but widely distributed in Australia. 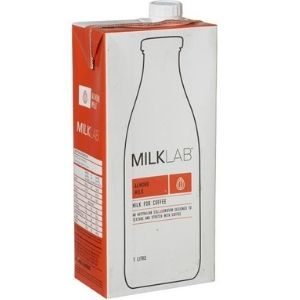 The MILKLAB Almond Milk was one of the highest-rated almond milks for coffee according to over 100 Catch reviews with a 4.5 out of 5 rating. Many reviewers called it the best almond milk they have ever tasted and liked that it froths well for adding to coffee.

The MILKLAB Almond Milk has been specifically designed for use with coffee and does not split or curdle when added to hot water or espresso. It is easy to froth and textures and stretches beautifully. It is plant-based, dairy-free, lactose-free, gluten-free and contains no artificial colours, flavours or preservatives. 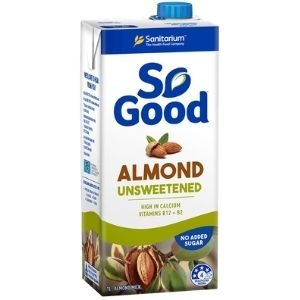 The So Good Almond Milk Unsweetened was one of the highest-rated unsweetened almond milks according to 26 Home Tester Club reviews with a 4.7 out of 5 rating. It also has a 4 out of 5 rating from nine reviews on the Product Review website. Many reviewers liked the taste and found it good to use in coffee, cereal, smoothies and other breakfast dishes.

The So Good Almond Milk Unsweetened contains nutrients including calcium, B2 and B12. Being unsweetened, it contains less sugar than other almond milk alternatives. Sanitarium uses quality Australian-grown almonds from the Murray region in its production. It is a long-life milk that is low in fat as well as lactose-free, gluten-free and dairy-free. 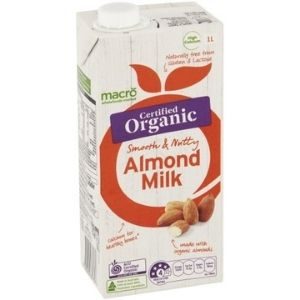 The Macro Organic Almond Milk was one of the highest-rated organic almond milks according to over 300 Woolworths reviews with a rating of 4 out of 5 stars. Many reviewers found it to be a good product at a good price point for an organic option.

The Macro Organic Almond Milk is Woolworths' home brand option and made with organic almonds. It is a tasty alternative to traditional milk and is a good source of calcium. It goes well in smoothies, coffee and tea. 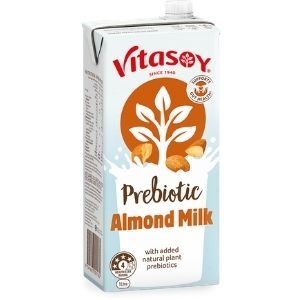 The Vitasoy Prebiotic Almond Milk was one of the highest-rated prebiotic almond milks according to 15 Home Tester Club reviews with a rating of 4 stars out of 5. Many liked that it was made with Australian grown almonds and said the product tasted good.

The Vitasoy Prebiotic Almond Milk is made from whole grown almonds with natural plant prebiotics, formulated to help support gut health. It contains calcium and is a natural source of vitamin E. It is naturally dairy-free, lactose-free, gluten-free, soy-free and cholesterol-free. 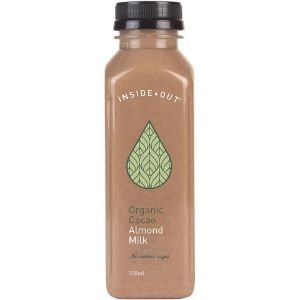 The Inside Out Organic Cacao Almond Milk was one of the highest-rated flavoured almond milks according to 22 Home Tester Club reviews with a rating of 4 out of 5 stars. Many liked that it has a pleasant taste and rich chocolate flavour while not containing any dairy.

The Inside Out Organic Cacao Almond Milk is made from cold-pressed almond milk and organic Andean cacao. It contains antioxidants and naturally occurring sugars.

Valentina Todoroska is a reviews writer at Finder. She is currently the managing editor of Val Morgan Digital and was previously the lifestyle editor of 10daily (Network 10) and the managing editor of Mamamia. Her work has also been published in The Daily Telegraph and body+soul. Valentina has appeared on Studio 10 and 2GB. She has a Masters in Journalism and Communication from the University of New South Wales. Prior to entering media, she was a primary school teacher.