Best 2-player board games in Australia

We read hundreds of reviews to hunt down the seven best 2-player board games available in Australia right now.

Board games
Buy board games online

The best 2-player board games in Australia

For this list, we picked 2-player board games based on actual customer reviews and ratings on Amazon. For every category, we carefully chose parameters based on our research and determined products with the highest review score within those parameters. 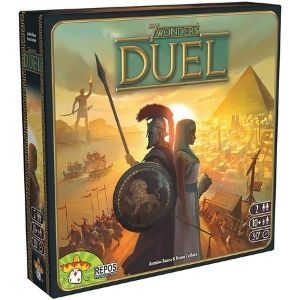 With a rating of 4.7 out of 5 stars on Amazon, we picked 7 Wonders: Duel as the best overall 2-player board game.

7 Wonders: Duel is the 2-player version of the beloved 7 Wonders board game. Players go head-to-head, competing to build civilisations and wonders. There are three ways to win 7 Wonders: Duel – reaching your opponent's capital, getting six scientific symbols to achieve dominance or, if none of these happen, the player with the most points wins instead.

7 Wonders: Duel is a card drafting board game for two players. It is easy to set up and requires players to plan each move. While the rules are quite complicated and hard to understand, customers said it gets easier the more you play it. It's also suitable for those who like competitive board games because it offers various ways of winning.

However, each game can take over an hour to play. 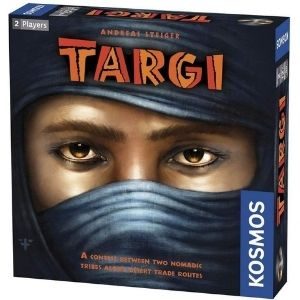 For strategy, we recommend Targi as the best 2-player board game available online. It has a rating of 5 out of 5 stars on Amazon.

In Targi, you are a noble leader whose objective is to have the largest tribe in the desert by the end of the game. To achieve this, you must trade dates, salt and pepper to get gold coins and other advantages. The desert is a 5 x 5 grid of cards, and you need to place the Targi figures on the cards that border the desert.

Your actions are also determined by these cards and other cards at the crossroads between them. You need to make careful decisions when trading to get victory points and win the game.

While it's not the most competitive game out there, it can still get intense. Targi provides under an hour of gameplay with easy-to-learn rules, suitable even for kids.

However, enthusiasts said it gets repetitive and finding the optimal move to win is too simple. 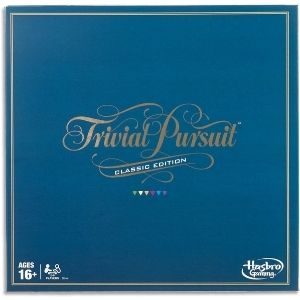 We recommend Trivial Pursuit's Classic Edition as the best trivia 2-player board game. It has a rating of 4.4 out of 5 stars from over 20 reviews on Amazon.

Trivial Pursuit is a game of knowledge in various categories. It has over 2,000 questions to challenge each player. To play, you must move around the board and answer a trivia question. When you land on a category space, you must answer the category's question correctly to get its wedge. The first player to get six wedges and answer the final question correctly wins.

Apart from being one of the best party board games you can buy online, the classic Trivial Pursuit is suitable for two or more players. It has a wide range of questions, which can be challenging and fun at the same time. It has easy gameplay that even kids can enjoy.

However, some customers said it gets repetitive after a couple of rounds. A few others also didn't like that one session can last up to an hour. 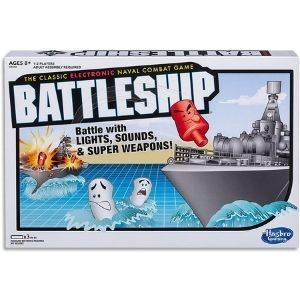 Battleship Electronic is our pick for the best classic 2-player board game. It has a rating of 4.5 out of 5 stars from over 4,000 reviews on Amazon US. It is also one of our recommendations for the best board and card games in Australia.

In Battleship Electronic, each player must search for their opponent's fleet of ships and destroy them one by one. You can use air raids and battle scans to do so. This electronic version includes a portable battle case, 10 combat crafts, 110 pegs, a label sheet and instructions.

Battleship Electronic is a great naval combat game for two players. It combines competition, excitement and strategy. Not to mention, it's quite nostalgic. Customers also said that it's a great introductory board game for kids because it teaches patience while being fun.

It also has a 1-player mode for some alone game time. Battleship Electronic is more expensive than other board games, but people said the portable battle case is well worth it.

However, some found the numbers and letters too small and difficult to read. For the best puzzle 2-player board game, we recommend Patchwork. On Amazon, it has a rating of 4.8 out of 5 stars.

In Patchwork, two players must build the most beautiful and high-scoring patchwork quilt on a personal game board. You need a variety of puzzle tiles for this, which you must buy using time and the game's currency – buttons.

You're penalised by the end of the game if you have any spaces on your board that are not filled up. The player with the highest score wins.

Patchwork is a puzzle board game where each player must plan, organise and strategise. It's not just about creating the most aesthetic work, but also getting the most points while doing so. It has quick gameplay and simple rules that even non-gamers can understand.

However, it's not the most challenging puzzle game there is. A few customers also found it boring and too repetitive for their liking. 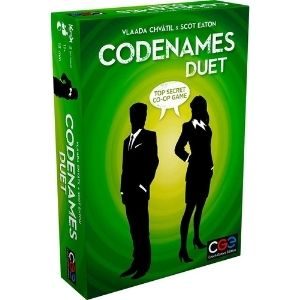 With a rating of 3.9 out of 5 stars on Amazon, we selected Codenames Duet as the best cheap 2-player board game you can buy in Australia right now.

Codenames Duet is the two-player version of the popular Codenames game. It has the basic elements of the classic – you still need to give one-word clues to identify your agents among the words on the table. But instead of being opponents, the players must work together.

In Codenames Duet, both players attempt to clue their operatives into contacting their agents. However, they must avoid the assassins at all costs. The players win if they contact all 15 of their agents before time runs out or before they contact an assassin.

This co-op board game has the same intensity and pressure as the original Codenames meant for larger groups. The instructions are easy to learn. Customers said that it is challenging but fun. It is also suitable for kids and people who want to get into board games.

However, a few people didn't like its long gameplay. This version is also not as engaging as the original. 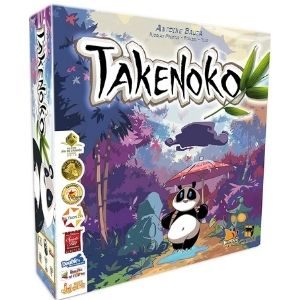 We chose Takenoko as the best relaxing 2-player board game, which has a rating of 4.7 out of 5 stars on Amazon.

In Takenoko, players compete for the most points by cultivating plants, feeding the giant panda and growing bamboo. It's a light game involving critical and logic skills, but without the pressure of more serious rules and the higher stakes of other strategy board games.

Takenoko features adorable illustrations and simple rules, suitable for both adults and kids. You still need to create plans and strategies to win, but it's not as cut-throat as others in the market. Each turn also moves quickly, making the downtime a lot shorter.

Takenoko offers fast-paced gameplay as well. Customers said that it's the perfect board game for quick game nights with family and friends, especially if you just want to unwind. But since it's a casual game, it lacks better options for strategies. Some users said some of the cards are too random as well.

7
Best products chosen
Was this content helpful to you?
Thank you for your feedback!