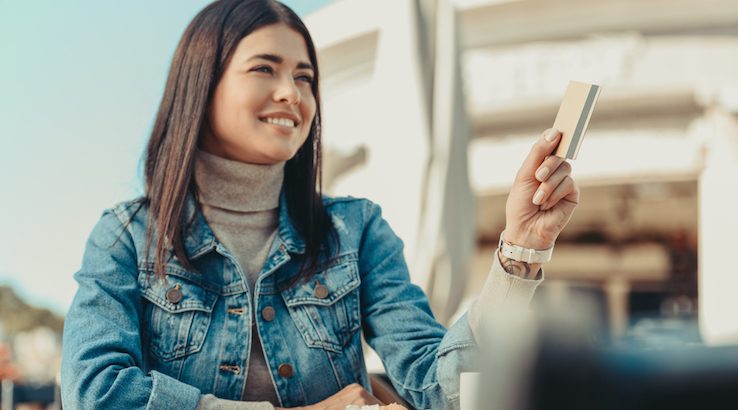 We now have a greater insight into how Aussies pay on plastic thanks to the results from the 2017 Australia Credit Card Study conducted by global market research company J.D. Power. The research looked at trends in spending behaviour plus cardholder awareness of industry changes, such as the interchange fee regulations and the excessive credit card surcharge ban. It also ranked the banks by credit card satisfaction and analysed Australian adoption of new mobile payment technologies. The study involved 4,005 credit card customers over August and September 2017.

Want to see how the results align with your credit card spending? We’ve summarised the key findings for you below.

We all have a favourite bank, but it appears that some of us are more satisfied with our card issuer than others. Looking at overall credit card satisfaction, J.D. Power factored in interaction (31%), credit card terms (26%), billing and payment (21%), rewards (10%), benefit and services (8%) and problem resolution (4%). Out of the 21 major credit card institutions included, Bendigo Bank came out on top, followed by American Express and Coles.

As a result of the new interchange fee regulations that came into effect in July of this year, we’ve seen massive changes across the rewards credit card space. A number of banks have reduced their earn rates, introduced points caps and ended partnerships with American Express to put an end to dual cards. Check out our comprehensive list of banks and card providers that changed their rewards programs as a result of the new regulations.

Although there was a lot of noise about these changes in the media and most banks notified their customers of the changes, apparently less than one-fourth of cardholders said they were notified by their primary card issuer regarding the reforms and how it could impact their account. Out of those who were notified, only 39% of recipients understood the notification and how it would affect their rewards.

Considering many of these changes have significantly reduced the value of many Australian credit card rewards programs, it’s not surprising that J.D. Power is concerned about cardholders’ lack of knowledge on the topic.

“With such a key development, it is crucial that banks ensure their customers fully understand and are educated about the implications to their card accounts,” said service industry lead at J.D. Power, Anthony Chaim.

Another massive change we’ve seen across the credit card space in the last 12 months is the introduction of new credit card surcharges. The RBA gave the ACCC the authority to fine organisations that were charging excessive surcharges to process credit and debit card transactions. This was enforced for large businesses from 1 September 2016 and for small businesses in September of this year. Unlike the interchange fee regulations, Australians were more aware of these changes. According to the study, 44% of cardholders have noticed a reduction in the amount of surcharges on their credit card.

Banks’ investments in apps and convenient digital payments could’ve contributed to this increased spend as usage of mobile apps has also lifted by 11%. However, Australia is still lagging behind in the mobile-payments trend. Our growth is substantially lower when compared to other key markets, including the United States (22%), Hong Kong (41%) and Singapore (26%). While Aussies have quickly adopted contactless card payments, in the past we’ve predicted that it’ll take the introduction of more value-added functionality before mobile payments really pick up Down Under. Australians still find online banking the most important way they interact with their financial institution, although only 60% say they can access it 24/7.

So, while we're more dependent on our credit cards than ever, banks still need to work harder to keep their customers informed. And although we love online banking, it may be some time before the majority of Aussies are using their mobiles to tap and go at the checkout.