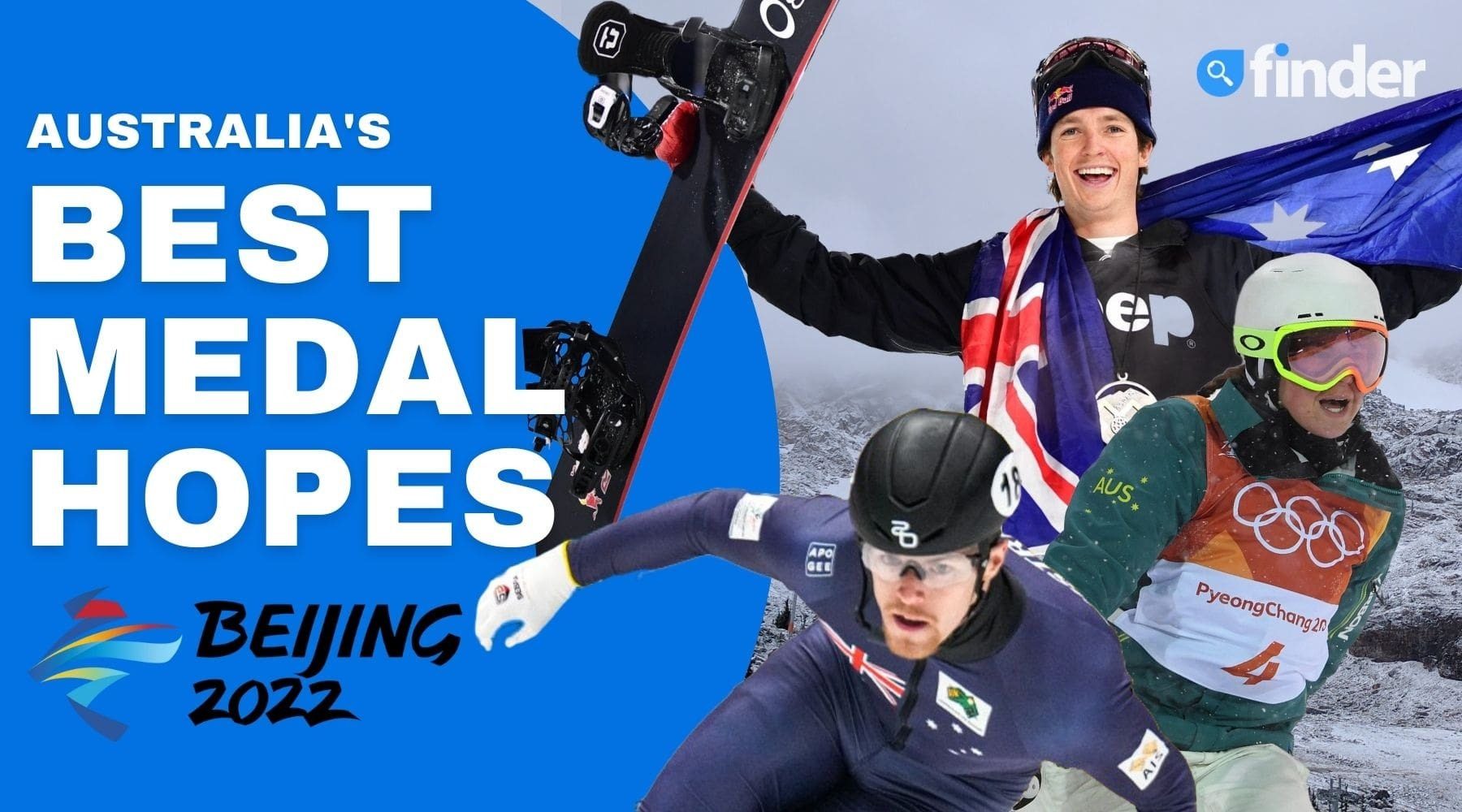 44 Australians will go for gold at the Beijing Winter Olympics, but who has the best chance of bringing home a medal?

The Winter Olympics begin this week and Australia has sent 44 athletes to Beijing, which is 6 fewer than the Games of 4 years ago. Regardless, they have some strong medal chances across a number of events.

Australia first appeared at the Winter Olympics in 1936 but didn't win its first medal until 1994. That was a bronze in the men's short track speed skating event at Lillehammer in Norway.

The country has won 5 gold medals at the Winter Games, all of them this century. The first gold was the most famous when Steven Bradbury won the 1,000-meter speed skating event in remarkable fashion in 2002. So what are our best chances of adding to the total in Beijing?

When are the Beijing Winter Olympics?

The Beijing Winter Olympics begin on Friday 4 February and run until Sunday 20 February. Beijing is the first city in history to have hosted both a summer and a winter Olympics, having held the 2008 Summer games.

How to watch the Beijing Winter Olympic Games in Australia

Channel 7 holds the broadcast rights for the Beijing Winter Olympic Games in Australia. Some Optus customers will also get a dedicated Olympics stream. There are full details in our viewing guide for the Winter Olympics.

Australia has a rich history in this event, twice winning gold before with Alisa Camplin in 2002 and Lydia Lassila in 2010. Laura Peel is a good chance to add another to that list.

She enters the Games in great form having won gold at the 2021 World Championships. She's in great form, taking out the Aerials World Cup just last month.

In the lead-up, she also became just the third woman to ever land a quadruple twisting triple backflip. Danielle Scott could also medal in this event at her third Olympics.

This is another event that has been a strong one for Australia and there are plenty of contenders to add to the tally of 3 medals.

Britt Cox at her third Olympics will lead the charge, with Jakara Anthony and Brodie Summers also in the mix, the latter in career-best form. Matt Graham is also in the frame to medal for the men, having claimed silver at the last Winter Olympics in 2018.

Scotty James is a leading contender in the snowboard halfpipe. The Australian flagbearer in 2018, who you can see below taking out the recent X Games Aspen event, is again in top form and a genuine threat for the podium. Belle Brockhoff and Jarryd Hughes are strong prospects in the snowboard cross.