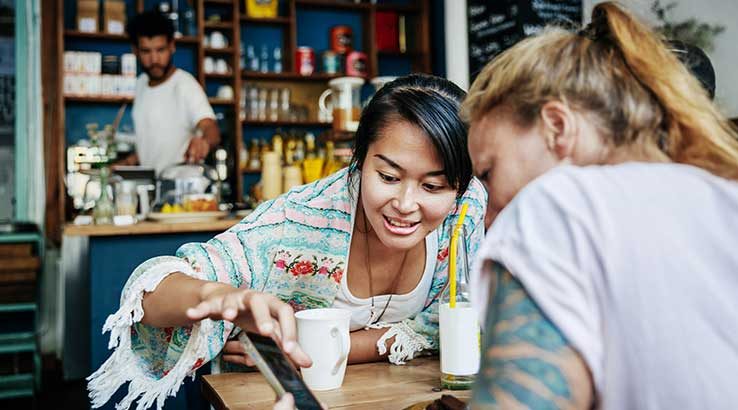 Payments app Beem It has announced a new feature that will allow users to not only send instant payments to each other but themselves as well. In what is an Australian first for digital wallet apps, Beem It users will be able to add up to three of their own debit cards to the app and make instant transfers between their own bank accounts.

Beem It is a free instant payments app that launched in May 2018 as a joint venture between CommBank, NAB and Westpac. The app allows instant payments between Australian debit cardholders regardless of who they bank with and has been downloaded over 900,000 times since launch.

The new features, which also include the ability to schedule payments, have come at the request of users. Beem It CEO Angela Clark said users are looking to simplify their payments experience.

"If you think about digital experience, it's not just the function of transferring, which is sort of possible with various workarounds at the moment. It's the ease of transferring instantly within the one experience that people wanted," she said.

"I think in particular being driven by Gen Z and millennials – more by millennials than Z – who have taken up different debit cards for different reasons and situations, but they now have more debit accounts than they have had in the past."

Transfers with Beem It

Clark said the ability to make instant payments has increased the desire for users to want to make these payments to themselves.

"If you have motivation for something in your life or you want to do something, once you've got that thought you want to be able to get it really easily because you don't want to be doing your money stuff all the time," she said.

Interestingly, the value for transactions that are transferred are 300% higher in value than other Beem It transactions. Overall, the app has seen a 360% increase in the dollar amount Australians are sending each other since January.

"We expect the growth in transaction value sent via Beem It to continue as cash loses ground to the ease of instant digital payments that keep a human touch through conversational interfaces," Clark said.

It is the interface and design of Beem It that Clark believes is one of the app's "biggest advantages". Comparing Beem It to the apps of the banks that are backing it, it's hard to believe they are involved at all: emojis, pink text and a sleek, scaled-back design.

Scheduling payments with Beem It

Clark said users are either aware the big banks are involved and appreciate them doing a lifestyle app or aren't aware and don't mind when they find out.

"For a number of people, they know that it's part of the Big Four banks. It's part of the trust in signing up. They're pleased that the banks are doing something that's more like a lifestyle app," she said.

"There is still quite a percentage of our user base who are not as aware. And when they become aware that it's owned by NAB, CBA and Westpac, I think they end up with the same view which is 'that's great because they're doing this, that's good for me'."

Despite digital banks such as 86 400, Xinja and Up Bank being launched to the public with innovative payment features, Clark does not see Beem It as a competitor in that space.

"We very much see, and we have seen, that people will use Beem It through a digital-only bank because it's an open platform that everyone can use regardless of who you bank with."

"I think one of the reasons people like Beem It is your conversation about what you can with somebody is not around they bank with, it's regardless of who they bank with," Clark said.