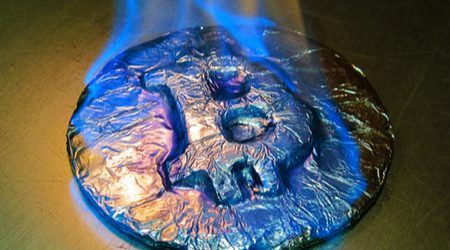 Why waste money mining coins you don't need when you can profitably fight on the exchanges instead?

It wouldn't be right to say that the cryptocurrency markets are rolling around on the floor in a great deal of pain, but only because they haven't necessarily found the floor yet.

The markets saw an uptick on Monday after a weekend of carnage that saw bitcoin sink well into the US$3,000 range, but hopes of an impending recovery were dashed as bitcoin pushed back below US$4,000, where it's currently sitting at about US$3,800.

This price plunge has seen even some of the world's most cost-effective bitcoin miners getting down to the wire and selling their machines for scrap.

At the same time, the Bitcoin Cash hashwars seem to be drawing to a close, with Calvin Ayre declaring defeat and calling for a truce on behalf of the SV side, which might decisively hand control of the Bitcoin Cash name to BCH-ABC – now known simply as Bitcoin Cash.

With things settling, Bitcoin SV, as it's now known as, debuted at number 7 by market cap on CoinMarketCap. And against the backdrop of a red market, those two coins now seem to be dramatically duking it out for a higher price and are the only two top coins to see a rise in the last 24 hours. But this, too, might be the new front of the hashwar.

First, a higher price is a status symbol which might entice new supporters to one side or the other. But second, and perhaps more importantly, it might also entice additional miners. This is because miners on each chain are rewarded with their own respective coin. So, if either side actually wants to attract real, organic profit-driven miners rather than the hashrate crusaders who have been mining at a loss, some market movements are key.

At the same time, it's almost certain that this current state of affairs is about as far from organic as you can get. SV mining is almost entirely dominated by two parties, while BCH mining pools are also relatively centralised, and there seems to be a lot of deliberately shifting hashrate going on.

Note the sinking hashrate from both sides over time.

This strongly suggests that both ABC and SV, but perhaps especially SV, don't actually want to be mining their own forks if they can help it – perhaps because it's not actually profitable.

How, then, does that square with the suggestion that it's technically more profitable to mine BCH than BTC?

It might be because electric companies typically don't want to get paid in digital gold, let alone in digital yellow plastic, so miners will need to keep selling their mining rewards to keep the lights on.

Some are suggesting that SV and BCH are actually quietly picking up bitcoin mining again because they can't put the pedal to the metal on BCH or SV selling without tearing down the low-liquidity markets around them.

Plus, both the ABC and SV sides almost certainly have enormous troves of their competitors' coins. The pro-ABC Bitmain, for example, is holding more BCH than it can sell without crashing the market. The snapshot, then, would have given them an equivalent amount of SV.

Odds are, no one actually wants or needs large amounts of BCH or any forked coins thereof. They need real money or, failing that, some BTC. Most of the SV and BCH market action right now might just be the two sides taking the fight to the marketplace, and selling and counter-selling against each other with the goal of coming out on top.

What does it all mean? Maybe nothing, or maybe that some APIs have gone wrong or that the dust is still settling around SV's newfound trading. Or maybe it means that the exchanges are the new front line of the BCH hashwar, and prices are being manipulated well past the point of irregularity.

Or, if you want a hot conspiracy theory: BCH and BCH-SV were in this together right from the start. They realised they could never dispose of their BCH without wrecking the market, and so orchestrated the entire hashwar as a spectacular smokescreen to block the view, stir up hype and separate the markets while they try to unload their BCH. The fork gave both a hefty airdrop, and also means they can sell across two chains and bounce both markets off each other to control slippage as they unload.