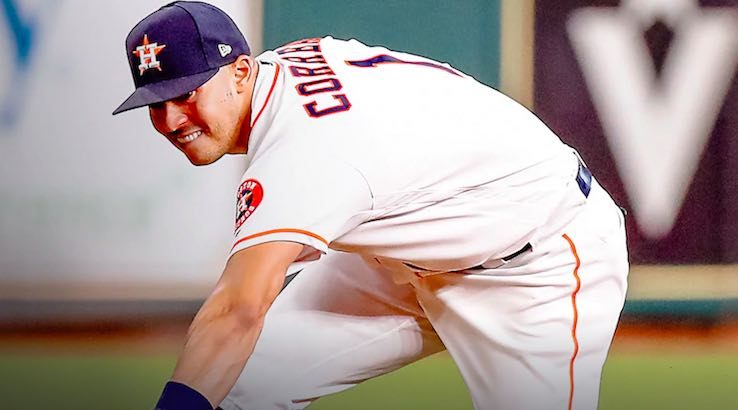 Game 7 is the final game of the 2019 MLB World Series. Can the Nationals win their first ever World Series or will the Astros collect their second?

SUMMARY: The best option to watch Game 7 of the MLB World Series live is through Kayo Sports. You can watch the Game 7 for free using this 14-day trial. This gets you access to all its unique features and 50 additional live sports.

It has all come down to this, the ultimate dream of all baseball fans: Game 7. The 2019 World Series between the Houston Astros and Washington Nationals has been a rollercoaster to say the least.

So far during the World Series it has shockingly been the road team winning every game. ESPN Stats & Info tweeted that this is the first time it has ever happened in any of the major American sports leagues.

Should that then make the Washington Nationals favourites to win Game 7, as they're the away team? Who knows, but one thing's for certain, star pitcher Max Scherzer's availability is a huge boost for the Nationals.

The first pitch of Game 7 is scheduled to be thrown at 11:08am AEDT.

Game 7 is to be played in Houston at the Astros' home field, Minute Maid Park.

The importance of the pitchers in Game 7 can't be stressed enough. It'll be Zack Greinke of the Houston Astros and Max Scherzer for the Washington Nationals starting on the mound.

Throughout the World Series, both teams have managed to score runs in the early innings. So if one of Greinke or Scherzer can manage not to get hit early on it could go a long way to winning the World Series.

If Game 7 is a tight affair and goes right down to the dying stages, then both sides will have to rely on the other pitchers in the bullpen. This might be more necessary for the Nationals as Max Scherzer is playing his first match since getting injured in Game 1 of the World Series.

That could be an indication of why the Astros start as favourites to win Game 7, as their pitching depth is considered to be greater. You can't write off the Nats whose pitchers have all pitched in so far, pun intended.

There is a detailed how to watch MLB World Series guide already available for you, though you're probably just desperate for a quick answer such is the importance of Game 7. The MLB World Series is exclusive to ESPN.

There are a few options to watch ESPN in Australia but the stand-out is Kayo Sports. Kayo is a digital sports streaming service with over 50 sports and specially designed features to enhance your viewing experience.

You can watch for free immediately by using this 14-day trial. So jump straight in and watch Game 7 of the MLB World Series. If you're caught out at work don't sweat it.

There's the option to turn on No Spoilers so you won't see the score if you're stuck in a meeting. You can choose to begin watching live or from the start of the game. You can also utilise the special pop-out window function, allowing a small discreet window to show Game 7 at the bottom corner of your screen.

Hopefully Game 7 goes down to the wire. If you've missed the start of Game 7 but tune in towards the end you can use the Key Moments Timeline to see all the important action that has happened so far.