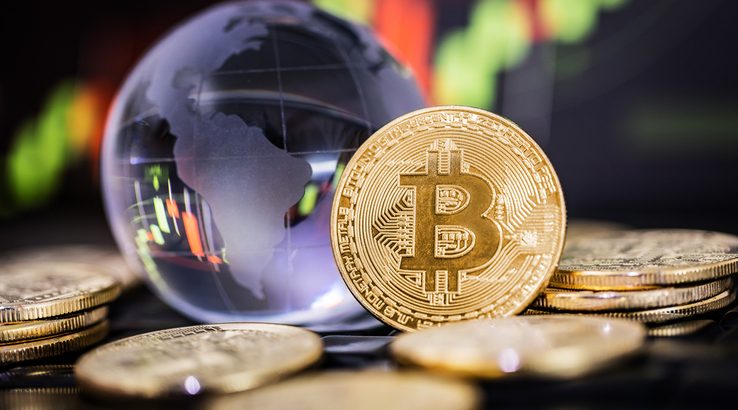 If Bakkt is a glimpse of the future, it's a picture of cryptocurrency non-fungibility.

Bakkt is currently in testing and is aiming for a full launch in the third quarter of 2019. Between now and then, it will need to overcome a few obstacles, according to a Bakkt slide deck obtained by The Block.

One of the more interesting side effects of its plans, as described in the slide deck, is that it will be actively moving to remove Bitcoin's fungibility through on-chain provenance systems.

The user acceptance testing process, essentially intended to make sure the system will work as it should with real customers, began on 22 July and is focused on the testing of clearing and delivery capabilities, including processing deliveries with test Bitcoin tokens.

It's an opportunity to ensure that all trading and clearing systems are aligned and effectively integrated where they should be.

Things going wrong in testing could potentially delay the launch.

The key remaining regulatory approval Bakkt needs to obtain is from the New York Department of Financial Services, which needs to sign off on the creation of a limited-purpose trust company to serve as the Bakkt Bitcoin warehouse.

The trust company will serve as the custodian of Bitcoin being traded on the platform. The warehouse will be an audited and secure facility, with all "private key operations" being protected by armed guards, biometric security and geographically distributed multi-signature systems. This last point essentially means that multiple people in multiple locations will have to sign off on transactions before they can go through.

Bakkt itself will also hold US$35 million as a "guaranty fund", although some industry participants have reportedly criticised it as being insufficient to cover the amount at risk. However, others have pointed out that regardless of the size of the guaranty fund, Bakkt still appears to present a much safer option for institutional traders than more opaque platforms like BitMEX.

The Bakkt system will only deliver Bitcoin to whitelisted addresses. Along with volume and velocity controls, this will be enforced with software developed by Bakkt internally.

In addition to the institutional-grade AML and KYC practices it plans to use, Bakkt will be using on-chain provenance research and risk scoring to help keep its trading environment clean.

Changing the nature of money

Bakkt is exceeding the typical industry standards for cryptocurrency exchanges in a few ways. One of them is its insurance coverage. While exchanges will increasingly hold insurance policies for funds in cold storage, fewer are able to cover warm storage precisely because it's riskier.

The use of on-chain provenance research is also a notable, and potentially much more interesting, difference.

The transparent and unbroken nature of the Bitcoin blockchain means it's possible to trace the history of Bitcoin transfers in great detail. Bakkt, it appears, has plans to use this to help keep tainted Bitcoin out of its platform.

One of the reasons this is interesting is because it's a concerted effort to step away from fungibility in Bitcoin.

Fungibility is essentially the property that means one of a thing is just as valuable as another one of the same thing, regardless of their origins. For example, two different dollar bills are fungible because both are worth a dollar regardless of their histories. But art is not fungible because a perfect copy of a painting is not worth the same as the original. Already, people say clean and freshly-mined Bitcoin attracts price premiums of up to 20%, so Bitcoin is arguably already non-fungible.

But as Bakkt's plans show, one of the side effects of institutional involvement in cryptocurrency will be to draw a much clearer line between "dirty" and "clean" Bitcoin. In combination with FATF cryptocurrency exchange rulings, which are also set to bring a lot more traceability to Bitcoin, it very much looks like Bitcoin's privacy-centric counterculture origins won't survive contact with institutional involvement.

You can overcome volatility by converting crypto to fiat at the point of sale, but non-fungibility is much tougher to engineer away. It's extra impetus for Litecoin to integrate confidential transactions and for Ripple to expand the XRP ecosystem in search of a function for the coin beyond simply transferring monetary value, but in the long run, it will likely be straight-up bad news for many others.

Fungibility is an extremely important property for money, but now that lines are being drawn between clean and dirty money coins in crypto, the property of fungibility itself is departing from Bitcoin.

This is good for Bitcoin

On the whole, it's probably good for Bitcoin, as long as you're not too invested in the cypherpunk "people's money" point of view or the use of Bitcoin for legally inadvisable manoeuvres. This is because it's doubling down on Bitcoin as a non-fungible asset class rather than as a digital currency.

As non-fungible payment-oriented cryptocurrencies drop away in the face of increasing regulation, they stop diluting the value in the space. But Bitcoin, which is increasingly cemented as a collectible rather than a currency, is on track to float above some of these legal challenges thanks to procedures laid out by institutions such as Bakkt.