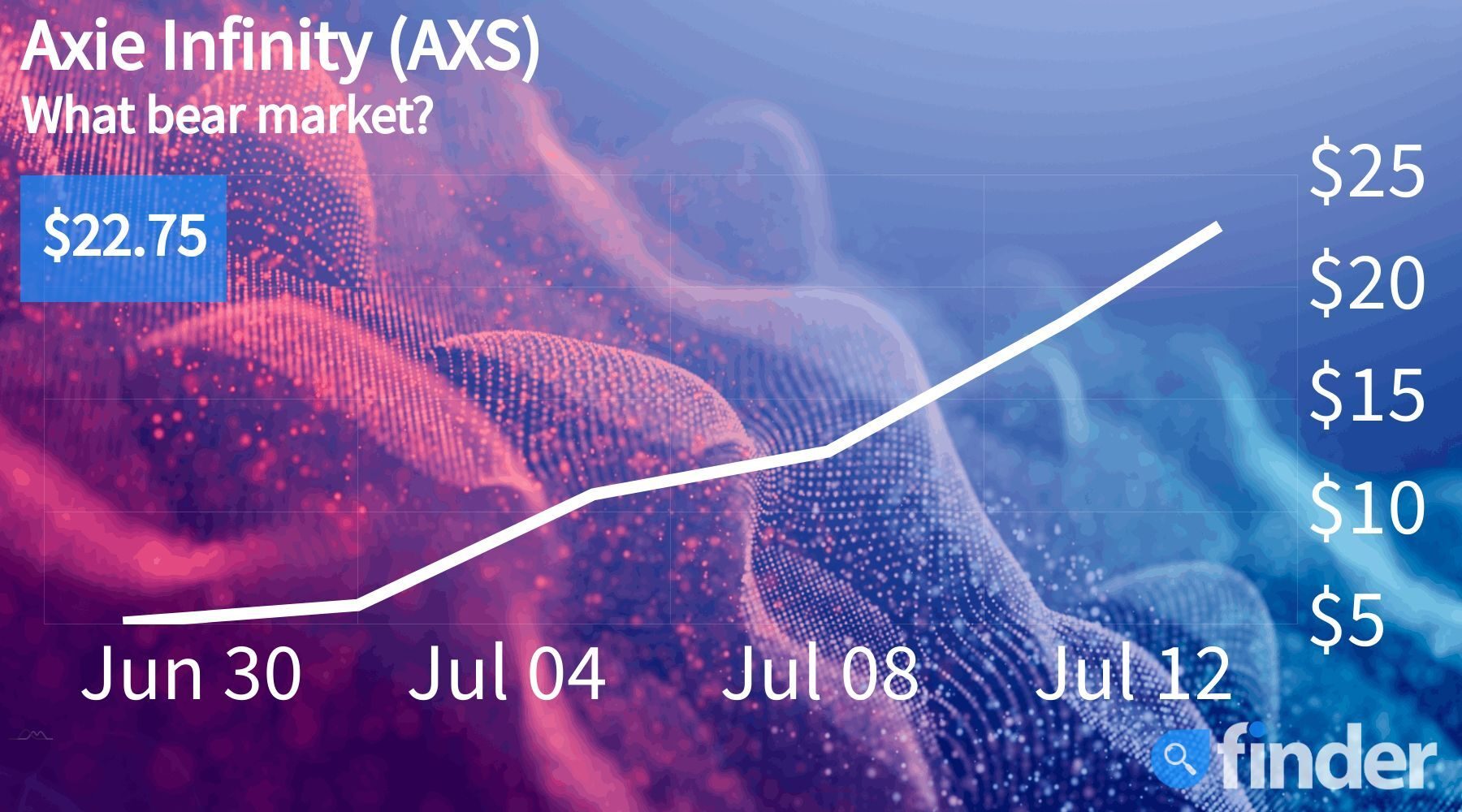 As Gautama the Buddha once said, "the only thing that's certain in this world is uncertainty". These words couldn't ring truer especially if one were to look at the total market capitalization of the crypto industry, which has slipped from AU $1.96 trillion to AU $1.85 trillion — down by over 5% — over the course of the last 72 hours.

However, despite all this ongoing turmoil, Axie Infinity (AXS), the native cryptocurrency associated with a blockchain-based trading and battle game of the same title, has been surging, showcasing weekly gains of just under 90%. At press time, AXS is trading for a little over AU $27.50.

To put things into perspective as to how impressive the aforementioned rise has been, since July 7, premier cryptocurrencies like Bitcoin, Ethereum, Binance Coin, Cardano are down -4.7%, -17.4%, -6% and -12% respectively.

A closer look at the Axie Infinity project

A closer look at Axie Infinity's recent financial performance shows us that the project's various in-game non-fungible token (NFT) assets as well as native AXS token have been surging in recent weeks. AXS, in particular, has gained a lot of traction because it can be leveraged by users for a whole host of decisions related to the Axie ecosystem — which also boasts of a highly developed digital marketplace.

In terms of Axie Infinity's operational outlay, the game has been designed in the same breath as the legendary card game Pokemon, allowing players to battle against each other using token-based creatures called "Axies" while also being able to collect a whole host of rare items, breed new characters, etc. At press time, the total market capitalization for AXS stands at AU $1.51 billion. Not only that, the currency has continued to showcase a growing 24-hour trade volume, rising from AU $1.61 billion on July 13 to over AU $2.28 billion a day later. As a result of this monumental push, AXS has been able to break into the list of the top-75 cryptocurrencies available in the market today.

In addition to AXS, there are also other tokens within the Axie Infinity economy that have seen their demand ratio grow in recent weeks. For example, Smooth Love Potion (SLP) recently scaled up to its all time high of AU $0.54, further bringing attention to the ever growing blockchain-based gaming market.

Lastly, thanks to the recent NFT boom, such games have continued to attract more and more people, especially because of their "play-to-earn" governance model which lies in direct opposition to the micro-payment setup that an increasing number of mainstream publishers and developers (such as EA sports, UbiSoft, amongst many others) have adopted over the past decade.