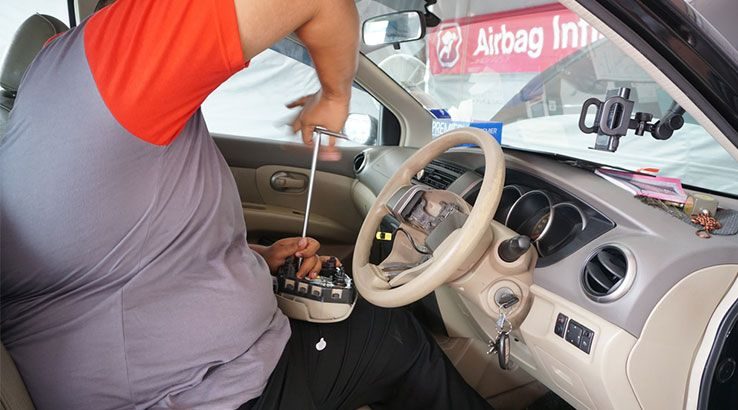 Motorists are being urged to use a new site to check for faulty airbags.

As part of a national safety campaign, the Federal Chamber of Automotive Industries (FCAI) is admonishing car owners to check if they are affected by the ongoing Takata airbag safety recall.

As reported by the FCAI, the representative motoring manufacturers and vehicle importers body in Australia, there are still 19,500 vehicles on our road network installed with potentially faulty Takata "alpha" inflators that need replacing as soon as possible.

The FCAI’s Chief Executive Tony Weber explained drivers could be risking a 1 in 2 chance of their airbag failing in a crash.

“Some 19,500 vehicles in Australia still need to have their alpha airbag inflators replaced as a matter of utmost urgency. In certain circumstances, there is a chance as high as 1-in-2 that these may rupture on deployment in a collision. These vehicles with alpha airbag inflators should not be driven and owners should immediately contact their manufacturer.”

An estimated additional 1.6 million models will need to have the small metal cartridge, which rapidly inflates the airbag through a gas-producing chemical reaction in the event of an accident, swapped by 2020.

Don’t underestimate the seriousness of the recall

Weber spoke about how the particular inflator cartridge design installed on some Honda, Nissan, BMW, Mazda and Lexus vehicles between 2001 and 2004, has a potentially deadly flaw.

“If a faulty Takata airbag inflator ruptures, metal fragments will propel out of the airbag and into the vehicle cabin, potentially causing serious injury or death to occupants. It is vital that vehicle owners don’t underestimate the seriousness of this national recall.”

The explosive deployment issue can be exasperated in areas of exposure, high temperatures and high humidity levels. Knowing this has enabled car makers to prioritise the most at-risk drivers.

Find out if you’re affected

Due to the grave nature of the recall, which has sadly killed 24 people and injured 266 globally, brands have made multiple attempts to contact car owners. Apparently, in some cases, they’ve tried contacting drivers five or six times through the post and resorted to other methods of contact such as SMS and phone calls. Amazingly, they haven’t been able to reach some of the intended recipients.

To check if your car comes under the recall or will require a stopgap fix, visit www.IsMyAirbagSafe.com.au. There, you will need to enter your number plate, state or territory.