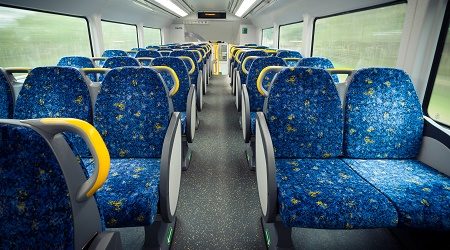 Which states are cutting ticket prices, and which are hiking them?

To help you understand what's happening in 2017, we've gathered and analysed upcoming fare changes across all states and territories throughout Australia.

Despite calls for changes or increases to fares from the Independent Pricing and Regulatory Tribunal, the NSW government has decided to put a freeze on transport costs for Opal card customers until July 2017.

Fares haven't increased on trains and ferries since January 2015 or on buses and light rail since 2014.

This comprises an 1.4% increase for inflation and a 2.5% rise announced in the 2013 Budget update.

From 30 January 2017, the age limit for concession passengers will rise from 16 to 18. Customers aged 17 and 18 no longer need to purchase a Victorian Public Transport Concession Card, as they can show government issued proof of age identification, such as a learners driver's licence or Proof of Age card.

Also, the free travel age for young children will be raised from three to four years old.

A $3 weekend and public holiday daily myki cap has been introduced for concession customers. This entitles them to all-day travel in Zone 1 and 2 and is 90 cents less than 2016 prices.

As of 19 December 2016, TransLink has introduced new fares and reduced the number of zones across South East Queensland.

There are cheaper fares across all zones, including one zone local trips, now $3.20 (adult go card).

Rather than 23 zones, there are now just eight wider zones.

The weekday morning off-peak period has been extended until 6am and there's free weekend travel for children aged 5-14 travelling on an orange child go card.

As with NSW's Opal card, you can take eight paid journeys and receive 50% off any subsequent journeys in the same week.

Pending talks with federal authorities, concession fares to the unemployed on Newstart Allowance and Youth Allowance, and asylum seekers will be introduced in 2017.

Canberra's MyWay fares will increase by a maximum of 2.7%, while cash fares are increasing between 10-20 cents depending on the type of ticket.

Eligible MyWay senior and concession card holders (excludes student and tertiary card holders) will receive free bus travel during off peak periods. Travel will be free on weekdays between 9am and 4.30pm, after 6pm and all day Saturday, Sunday and public holidays.

MyWay adult weekday fares will be capped at $9.20 and $5.59 on weekends/public holidays.

MyWay concession weekday trips will be capped at $4.60 and weekends/public holidays at $2.07.
These changes will be effective 14 January 2017.

Transperth prices are as they were in July and no changes have been announced for 2017.

This means some adult full fare-paying customers will need to change the default trip on their Greencard if the new zone boundaries mean you pay a different fare.

Urban fares rose 10-20 cents for adults and 10 cents for student and concession travellers.

Around 96% of Hobart passengers, 99% of Launceston passengers and all Burnie passengers will pay either an equivalent or reduced fare on the new zone system.

Adelaide Metro prices have remained stable since July and no changes have been announced for 2017.

There are no announced changes to bus fares in the the top end for 2017.

Daily unlimited travel fares are $7 for adults and $2 for concession.