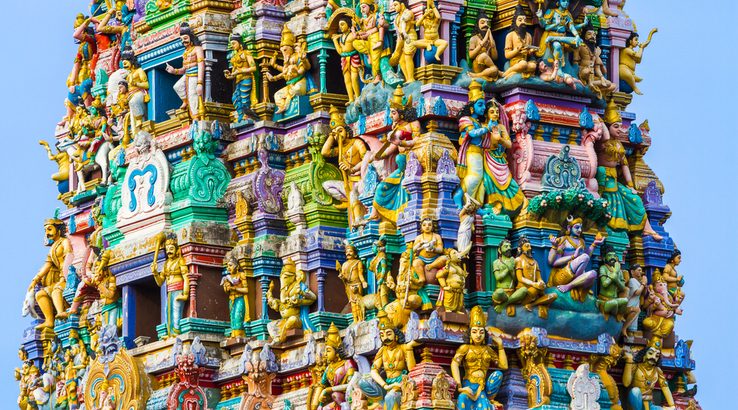 From 29 October, daily flights from Melbourne to Colombo, Sri Lanka, are back on the cards. Unless something changes, these will be the only direct flights from Australia to Sri Lanka and will operate daily.

Flight UL605 is scheduled to depart Melbourne at 4.55pm, and arrive at Colombo's Bandaranaike International airport at 10.15pm. The return trip will be made by flight UL604, departing Colombo at 11.50pm and arriving in Melbourne at 3.25pm the following day.

According to the SriLankan Airlines website, standard priced economy flights start around $696 each way, which is only a small step up from its $618 one-stop flights. The travel time for these direct flights is also comfortably just under 11 hours.

More than just a convenient, fast and competitively priced route, SriLankan Airlines is also a Qantas points partner, with a well integrated rewards scheme. This lets you access almost the full range of benefits, with the main exception being points-plus-pay flights.

This comes on the back of rapidly growing demand, with the carrier's Chief Commercial Officer stating that "despite the absence of direct connections, we have witnessed a steady increase in passengers travelling between Colombo and Melbourne via various Asian connecting points... Our direct services will give us a definite advantage."

With Victoria being home to about 50% of Australia's Sri Lankan population, the location is certainly no accident. Melbourne is also on track to cement its position as Australia's foremost travel hub, with JAL, Virgin Australia and many others having recently announced their own direct flights out of Melbourne. This route, however, is specifically intended to serve as both a direct route, and to open up a range of connection options from Sri Lanka, especially to India and the Middle East.

SriLankan Airlines' chief executive officer, Captain Suren Ratwatte, was enthusiastic about the new addition, saying "Our presence in Australia cements the long-standing relationship between our two countries," a sentiment echoed by Australia's High Commissioner to Sri Lanka, Mr Bryce Hutchinson, who congratulated the airline and praised the direct flights as a core element of a "vibrant bilateral relationship."

On a more pragmatic level, however, travellers from Australia and Sri Lanka alike can look forward to much more convenient connections, and great utility from the SriLankan and Qantas points partnership, as well as their shared status as oneworld partners.

Visitors to Australia from Sri Lanka can facilitate travel within Australia by raking in the reward points on the way over, while those flying out of Australia, to Sri Lanka as well as to its Asian and Middle Eastern connections, can do likewise.