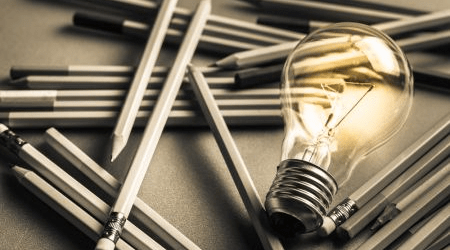 The Global Innovation Index report ranked Australia 19 on the 2016 index, down two places from 2015, but dedicated a section to Australia's globally-informed innovation design.

Australia has been ranked 19th on the Global Innovation Index (GII), an international report which ranks world economies' capabilities and results.

The report, which is co-produced by Cornell University, INSEAD, and the World Intellectual Property Organisation (part of the UN), dropped Australia two places from its 2015 result of 17, but dedicated a chapter of the report to Australia's "National Innovation Systems Contributing to Global Innovation".

Switzerland was ranked first, followed by Sweden, the UK and the USA in fourth position.

The report looked at Australia's innovation challenges, such as our relative small size as a country, the need for global alliances in order to source talent and research investment and our focus on learning from other countries when developing policy.

It concluded: "Although by population Australia is a small country, it takes advantage of the globalization of big science, finding a place on the international stage in cooperative ventures with other countries and opening itself up to interaction with scientists from around the world. In doing so, it draws on the experiences of other countries in developing new policies and programmes."

In our indicative rankings, Australia ranked seventh for our tertiary enrollment levels and first for school life expectancy. We also ranked fifth for the ease of accessing credit and fifth for our regulatory environment.

However, we fell short in significant areas, notably ranking 70 with the number of graduates in science and engineering and 47 with the percentage of research talent in business enterprise. In terms of knowledge diffusion, which includes foreign direct investment net outflows and high-tech exports, Australia ranked 100.

As the report focused on the success of Australia's import of innovation ideas, there was also a focus on the lack of export. Speaking to the Australian Financial Review, Nigel Andrade, global lead partner of management consulting firm A.T Kearney said that Australia needs to think explicitly about exporting innovation.

"There is a lot of discussion about innovation for domestic purposes ... but knowledge diffusion is a big thing as well, so we need to be thinking about how to export ideas and earn trade on the back of those ideas."

"Ultimately we need to plan and commit to a vision to further build our scientific strength and create economic opportunity ... We will carefully consider that plan, when the Government responds late next year on the strategy."