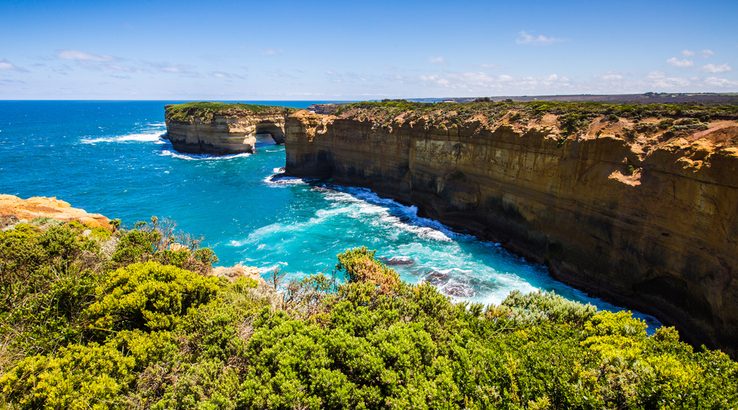 How much will it cost to go where you want?

With winter coming to an end, spring vacation season is upon Australia.

To help everyone find the getaway they're looking for, Wotif has made some predictions for the ten best value destinations in Australia. These predictions are based on 2016 booking figures, including a combination of popularity and price. It rules out locations that didn't see enough visitors to count, and spots where reasonable accommodation (3 to 5 stars) averaged over $200 a night between 1 September to 30 November in 2016.

We've looked at them next to some current bookings for 2017, for an overnight weekend right in the middle of spring from 14-15 October, to get a fair-ish comparison on how much you're looking to spend to get there this year. Put them together, and you might be looking at the future of some of the most popular and best value spring getaways in Australia.

Number one most popular and best value, according to Wotif. And were you expecting anything else? Australians love Cairns for a warm weather getaway, and Cairns loves Australians right back, by giving them great weather, great prices and lots to do.

It looks like 2017 will be more of the same. The only problem is that it seems to be filling up very fast, so actually getting its famously great value involves booking sooner, or settling for a less popular visiting time.

That's especially true if you want some of the hottest deals, like the Cairns Colonial Club Resort from only $98 for an overnight weekend escape.

With an average cost of $135 for reasonable accommodation in spring 2016, Launceston delivers niceness at a good price. It seems to have remained similar in 2017, but it's looking like prices are skewing a little bit lower this year than last. This might be due to construction of new hotels, fewer visitors or just plain coincidence.

The city tends towards the bigger hotels, so grabbing a cozier stay like the Penny Royal Hotel Apartments (with prices almost exactly at 2016's $135 average) can be a nice way of seeing the island. And you can pick up some great digs for only a bit more than average. Country Club Villas, for example, has offerings for under $150 right now.

A combination of ritzy and cheaper accommodations abound at this seaside escape, so there's plenty of space to find more-than-adequate rooms at less-than-painful prices. Or to pay a lot for a simply fantastic place if that's more your style. Wotif noticed this in 2016, and it seems like 2017 will be very similar, although it might be a little more popular this time around, especially for cheaper spots.

A great place to stay, like the Seafarer's Getaway might put you back $266 a night, but the value accommodations seem to be filling up faster, with hostels and budget motels selling out. The average price for 2016 is starting to look more like the lower-end of the price scale for 2017.

There's no place quite like it. Travellers clearly agree, with Coffs Harbour looking to be at least as popular in 2017 as the previous year. It's hard to imagine a finding a price as great as the 2016 average without booking nice and early, but there are still a fair few spots left.

The well known and loved Opal Cove Resort is booking out its rooms very quickly, and even wallet-friendly escapes like the Royal Palms Motor Inn are pushing the average 2016 price.

If Coffs Harbour was on your spring schedule, your rooms should have been booked yesterday.

You'll have to get up pretty early if you want to a great place at a great price in Coolangatta, or if you want to see the sunrise over the water on this beachside resort town.

There are still plenty of very reasonable rooms at prices worth snagging, like at the Hotel Mantra where you might still find a place for around $160, but there might be a lot more competition for rooms, and less competition on price, at spots like Nirvana By the Sea.

It's almost impossible to say with any certainty whether 2017 is going to shape up the same as 2016 for bookings. But if one thing is clear, it's that Australia's most popular getaways are really quite popular indeed. If you're going somewhere good, book as early as possible.