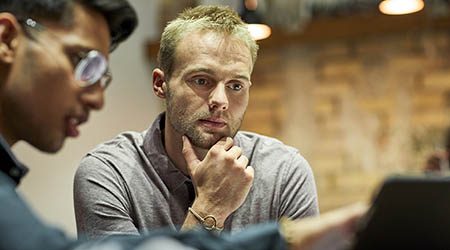 Afterpay, Raiz, Brighte and 86 400 on the issues facing Australia's fintechs.

Some of the country's biggest fintech companies have shed light on the problems facing the industry, with anti-competitiveness and regulatory struggles a common thread. The details emerged through submissions made to the Select Committee on Financial Technology and Regulatory Technology chaired by Senator Andrew Bragg. The Committee, established on 11 September 2019, will be undertaking a comprehensive review of Australia's innovation sectors.

"This inquiry is not about big or small businesses or start-ups; it is about all Australian businesses being as innovative as possible to create the next wave of employment growth," Bragg said at the release of an issues paper prior to the launch of the inquiry. "Australia still has much work to do to transition and advance our economy."

The Committee received over 100 submissions from the industry, including from ANZ, the Reserve Bank of Australia and Australia's fintech industry body FinTech Australia.

"In Afterpay's case, banks have sought to undermine Afterpay's popularity with Millennial and Generation Z consumers by suggesting (including through mortgage brokers) that obtaining a home loan will be more difficult for Afterpay's customers due to the operation of the responsible lending obligations," Anthony Eisen, managing director and chief executive officer of Afterpay said in its submission.

"The idea that an Afterpay customer is a higher-risk for a bank when applying for a home loan is clearly disingenuous," Eisen said.

Micro-investment app Raiz also detailed anti-competitive behaviour by incumbents in its submission. According to the managing director and CEO of Raiz George Lucas, the company's success has come "despite a regulatory environment and government that favours incumbents".

"The limited competition and significant market shares of the big banks create difficulty in all aspects of building a new fintech business like ours – from government lobbying, raising capital, to finding resources, winning customers and increasing market share," Lucas said in the submission.

Specifically, he pointed to the example of Raiz's use of screen scraping technology. Essentially, screen scraping takes a picture of someone's bank account activity and is used by many fintechs and financial institutions, including ANZ. However, Lucas says that CommBank "does not like" fintechs using this technology.

"CBA's campaigns against Raiz (and other fintechs) have been ongoing since 2016 and well documented," Lucas said. "CBA contacts its customers via emails, in-app messages and push notifications [...], and tells them that by sharing their account details with a third-party provider (such as Raiz) to enable screen scraping, they may be putting their money at risk due to fraudulent activity on their account."

While other submissions focused on regulation, neobank 86 400 detailed the issue of self-regulation in its submission. Citing the example of comprehensive credit reporting (CCR), CEO Robert Bell said the government's reliance on the banking industry to self-regulate has been "at best slow, and at worst ineffective".

"It has been our experience that the large incumbent banks outwardly voice support for these changes, but are still able to delay implementation to the disadvantage of newer entrants," Bell said.

"The delay of implementation of regulatory change (which in some instances has been years) can have serious impacts on FinTechs that have developed innovative services reliant on that implementation. A long delay may well prove fatal to a startup."

"Fintechs are innovative, agile and focus on customer outcomes. Their technology delivers speed, transparency and simplicity in decisioning. However, new technology-powered solutions for existing product types and/or new fintech products and services do not always fit into existing regulatory frameworks," McConnell said.

According to McConnell, the current regulatory settings are a barrier to entry for new market participants and can affect the growth of the industry.

"Resources that could be used to innovate, deliver better customer solutions and drive competition are being diverted to responding to regulator requests for information, regulatory reviews and to interpreting and implementing complex and uncertain legislation."

The Senate Select Committee will present its final report before October 2020.