Australians spending big at the airport 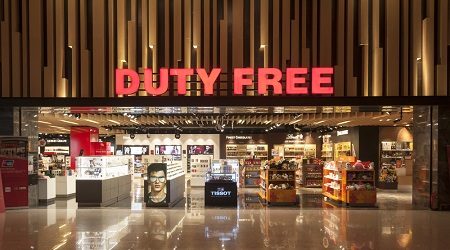 7 out of 10 people buy duty free items when they travel overseas.

The average Australian travelling internationally spends $88 on duty free purchases during each visit to the airport, with parents and West Australians the biggest spenders, according to new research.

A survey conducted by cheapflights.com.au found seven in 10 (71%) Aussie travellers admit to spending money on duty free items at the airport.

The biggest spenders are those aged under 45, forking out $42 more than older Australians. The headaches of dragging children through check-in and immigration may be the reason parents are more likely to treat themselves (or their kids) to something from the duty free shop, spending $43 more per visit than travellers without children.

The overwhelming majority of Western Australians (84%) buy duty free at the airport and also spend the most ($114.60 per visit) compared with those from other states.

New South Wales travellers were the next biggest spenders, coughing up $93.40 per visit, followed by Victorians with $87.20 per visit, Queenslanders at $83.90 and South Australians with $73.90.

All this adds up to about half a billion dollars in duty free shopping purchases each year.

Past the check-in gate, men are most interested in finding a spot to relax before take-off (35%), while women are likely to find something to eat and gather travel supplies (33%). A small proportion of travellers (7%) head straight to premium airport lounges.

Australians also consume, on average, two drinks at the airport, spending $21.70 on alcohol each time they visit. This equates to $210.5 million worth of pre-flight drinks.

This excessive spending isn't surprising, considering most travellers (96%) arrive early for flights, are in "holiday-mode" (64%), and can take advantage of services, such as "shop and collect", making it easier to purchase and forget, collecting items upon returning home.

The survey also asked respondents to list the most annoying behaviours of fellow travellers.

One in three (35%) people said queue jumpers were the worst, while one quarter (25%) weren't happy with those "taking too long" in line. Loud, public phone conversations (33%) were also unpopular, as were small children running wild (31%) and unprepared travellers (24%).

While you might be able to score a decent duty-free deal on alcohol or perfume, airports are not a dream destination for bargain hunters. Shopping online, using coupon codes to cut your costs, can generate significant savings.