Australians spend $100 a week eating out 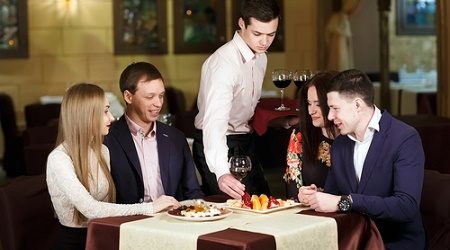 Aussies are eating out two to three times a week.

Australians may be eating healthier and more diversely, but they're not cooking their own food, consuming more than 50 million meals outside of home each week, according to new research.

A new report, Eating Out In Australia, released by Intermedia, which publishes Hospitality Magazine, Australian Hotelier and Bars and Clubs Magazine, found Australians spend $45 billion a year eating out.

Aussies are eating out two to three times a week, at a cost of nearly $100 per household per week.

The food being consumed is also healthier, with cuisines like Japanese becoming more popular and those considered less healthy, such as steak restaurants, in decline.

Eating healthy can be expensive, however, there are a variety of ways to eat well for cheap.

Online restaurant bookings have spiked too, though calling is still the most common way to book a table.

Aussies love a drink, but alcohol consumption when dining out is declining.

While many restaurants, cafés and fast food outlets serve alcohol, bring your own (BYO) venues are few and far between, while only a small number of clubs and pubs allow alcohol to be brought in.

The research also shows diners are becoming more difficult to please, with many venue operators and restaurateurs complaining customers are more demanding and ruder than ever.

Given the vast majority of dining options, it isn't always easy for venues to make money.

Strong competition, low costs of entry and minimal regulations means there is a high turnover of venues.

On average, dining venues reap $533,000 in meals revenue (both eat in and takeaway) each year. Comparatively, cafés average just $350,000 per year.

Australians may be spending around $1 billion per year eating out, however, that's chump change compared with the $10 billion they'll spend spreading Christmas cheer this December.