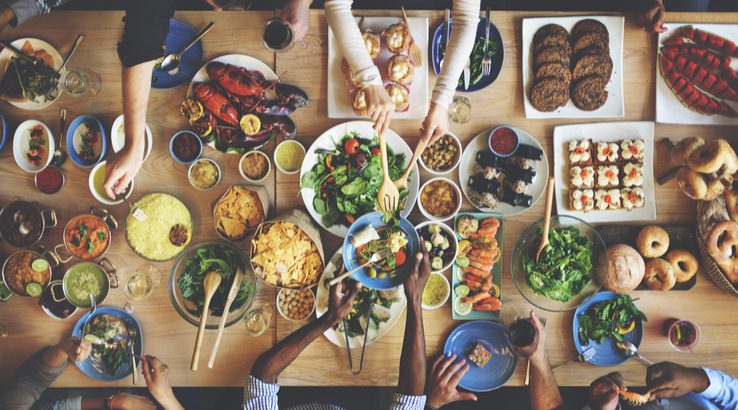 A survey from OpenTable says an astonishing 84% of Australians would choose a holiday destination based on the food, while 59% have actually done it in the last 5 years. Meanwhile, more than half have actually flown to their favourite dish's country of origin at some point.

76% said they want to eat just like the locals while travelling abroad, and would happily leave their old tastes behind. But maybe not too far behind. The survey went on to ask travellers to rank their dream dining destinations, and answers came back with a distinct continental flavour.

After all, pizza and pasta are world favourites for a reason. You won't be short of places to eat, but finding the real deal in this world tourist destination can be a bit harder. Don't skimp on price, look at where the locals are going and whatever you do, never go anywhere with signage that screams about "Authentic Italian Food!"

Next up was Paris. Iconic French fare like champagne and croissants have made their way around the world, but somehow frog legs and escargot never made it too far. The best food almost certainly stayed behind, in the country that's famously famously protective of its local dining traditions (and language).

Getting a local guide for your dining tour of Paris is probably a good idea. And let them do the talking, because one French mispronunciation might see you lose your shot at the top shelf food and wine.

There are clearly a lot of seafood lovers out there, with Tokyo taking third place.

If you're more into surf than turf, Tokyo should definitely find a place on your bucket list. Connoisseurs will point out that the same fish will taste different depending on where it came from, and has to be had as fresh as possible. With Tokyo's restaurants and fish markets seeing a fresh catch brought in every day, there are some things you can only taste in Japan... and some things like fugu that you probably only ever want to try in Japan.

Turf aficionados, meanwhile, will obviously want to make the pilgrimage for a chance of sampling some real Kobe beef. If you can't wait, Japan is just a reasonably priced overnight trip away.

Barcelona took the fourth position, and Spain has naturally made its own culinary mark on the world.

From gazpacho to paella to the roadside churros stand, and so many more, you'll find Spanish fare wherever you go.

The sheer range of options in Barcelona might be attracting a lot of people, but the rest of the country would almost certainly challenge its position as Spain's dining capital. A gourmet won't get bored in Spain, and you'll find a seemingly endless parade of fresh local delicacies around the Spanish coastline, and plenty of subtle local variations on each classic recipe.

With more quintessential establishments and award winning restaurants than any other individual city (probably), it's no surprise that New York made the list. You don't have to spend an arm and a leg on fine dining either, and can happily hunt for the world's best bagels, pastries and other snacks.

One of the best things is that you can't go really go wrong in New York, whatever you're after. You'll find outstanding food from all over the world in this melting pot... fondue included.