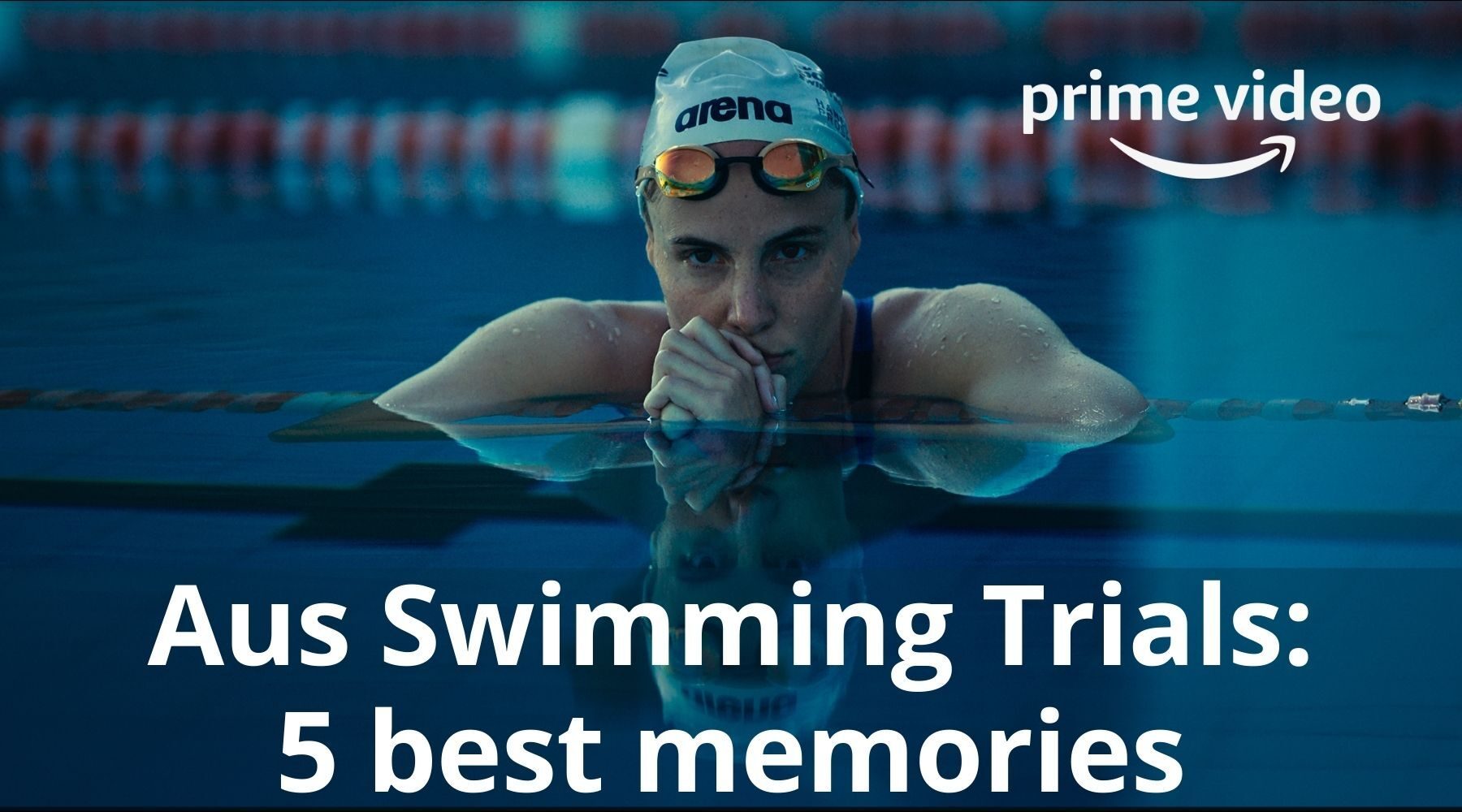 Ahead of this week's Olympic trials, here are 5 of the most infamous moments in Australia's swimming qualification history.

SUMMARY: The 2021 Australian Swimming Trials are exclusive to Amazon Prime Video. You can watch all the action and much more for no cost using this 30-day free trial.

With the heat on for places in the 2021 Tokyo Olympics swim team at this month's trials, Finder takes a look at some of the memorable moments at Australian trials and championships in the past, starting where it all began with the story of the great Fred Lane.

Fred kicks us off

Fred Lane's story is one of the more remarkable in Australia's sporting history, let alone swimming. Lane was Australia's sole representative in the 1900 Paris Olympics, in which he won 2 gold medals, including the 200m obstacle swim. In that race, Lane had to clamber over and swim under various barriers in the River Seine. Lane had taken up swimming at the age of 4 after he was saved by his brother from drowning in Sydney Harbour. He barely looked back from there, becoming a schoolboy champion and rewriting records at every age.

Susie O'Neill, Australia's own "Madame Butterfly", won 54 Australian titles (35 individual, 19 relays) between 1989 and 2000, the most by any swimmer. O'Neill missed a chance to make the Australian Olympic team in 1988 but set about becoming a legend, winning her first Australian title in 1989, the same year she made her debut in international competition at the Pan Pacific Championships in Tokyo, Japan.

Australia's greatest ever Olympics in the pool came at the 1956 Melbourne games when our swimmers dominated competition, claiming 8 of a possible 13 golds and 14 medals in all. It remains the only time the Aussies have topped the medal tally in the pool at an Olympics. Fast-forward to 2000 and the swimming trials on the eve of another home games, this time in Sydney. A veritable who's who of Australian swimming greats battled it out over 8 days in May for a place in Australia's 44-person swim team.

A youngster named Ian Thorpe broke 2 worlds records, while the aforementioned O'Neill finally claimed the 200m butterfly world record. More than 100,000 fans attended the meet, while the online audience showed it wasn't just Aussie fans interested in the trials with a massive American audience hitting the official selection website. The brilliance displayed at the meet was a sign of things to come as the Aussies took out 18 precious medals from the pool.

Aussie great Thorpe was sensationally disqualified after falling into the water while on the blocks before the start of a heat in the 400m freestyle during the 2004 Championships. Thorpe lost an appeal against his disqualification which saw debate rage about methods used to allow qualification for the games. The man who took Thorpe's place in the 400m, Craig Stevens, eventually withdrew, allowing Thorpe to compete in the event at the Olympics. Incredibly, he won, beating fellow Aussie Grant Hackett to the line.

The 2021 Australian Swimming Trials will be broadcast live and exclusive on Amazon Prime Video. All 67 events will be streamed live and exclusively at no additional costs to Amazon Prime members. We have a full guide to watching Swimming in Australia for you. You can warm up for the trials with Prime Video's new 4-part series, Head Above Water. It has stories on Ian Thorpe, Kyle Chalmers, Bronte Campbell and Cody Simpson.