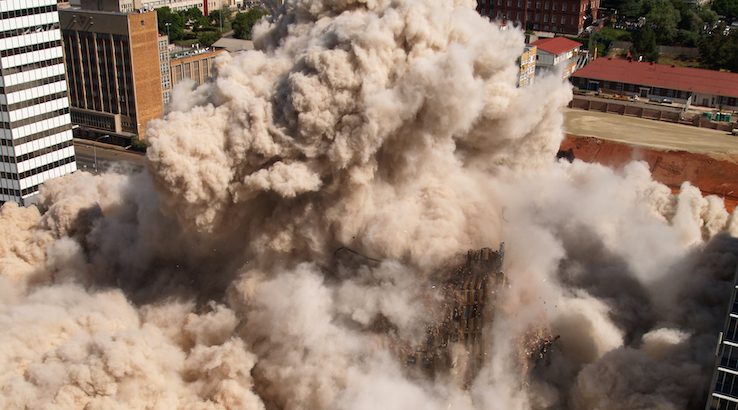 Oil prices are dropping, China is unhappy and Donald Trump is posting more threats over Twitter. It was another bad news day for Australian shares.

Australian stocks continued their downward spiral Tuesday, with the benchmark ASX200 index plummeting by almost 3% in the first 10 minutes of trading.

Typically, it follows a horror trading session overnight on Wall Street, with the major US indexes delivering their biggest falls of the year and wiping around US$766 billion from the benchmark S&P500 index – this less than a fortnight after clocking an fresh record highs.

What's happening to the stock markets?

Tuesday's story is a continuation of the events taking place over the last few days, triggered by Donald Trump's announcement Friday that he would impose 10% tariffs on another $300 billion of Chinese goods.

By the following week, the consequences of that became clear. On Monday, China's central bank responded by allowing the yuan to fall to its weakest level since 2008, sparking fears of a full blown US-China currency war as Trump accused policy makers of “currency manipulation.”

At the same time, news had trickled through that Chinese authorities had halted imports on all US agriculture goods until trade talks progressed.

It's not yet clear whether this is simply another game of political chicken, but if true, it marks the end of a month-long trade truce between the world's two biggest economies.

You may remember a couple of weeks ago Australia's All Ordinary index surged to an all-time high after news that US officials were heading to China to resume trade talks. Whatever optimism that situation inspired appears to have been dashed, at least, according to Trump's latest Tweet-fest:

Our representatives have just returned from China where they had constructive talks having to do with a future Trade Deal. We thought we had a deal with China three months ago, but sadly, China decided to re-negotiate the deal prior to signing. More recently, China agreed to...

...during the talks the U.S. will start, on September 1st, putting a small additional Tariff of 10% on the remaining 300 Billion Dollars of goods and products coming from China into our Country. This does not include the 250 Billion Dollars already Tariffed at 25%...

With oil prices also spiralling, Australia's mining and resources stocks have been among the worst affected. BHP Group and Rio Tinto both finished more than 3% lower Monday while Fortescue (FMG) dropped by over 7%.

Adding to the drama, it came as Australia prepared for Tuesday's RBA cash-rate decision, fuelling speculation that another rate cut was in the cards. While the decision was another hold, the central bank's Governor indicated that we should expect interest rates to stay low for some time to come.

You can check out Finder's RBA Cash Rate page for all the updates and news from the experts.