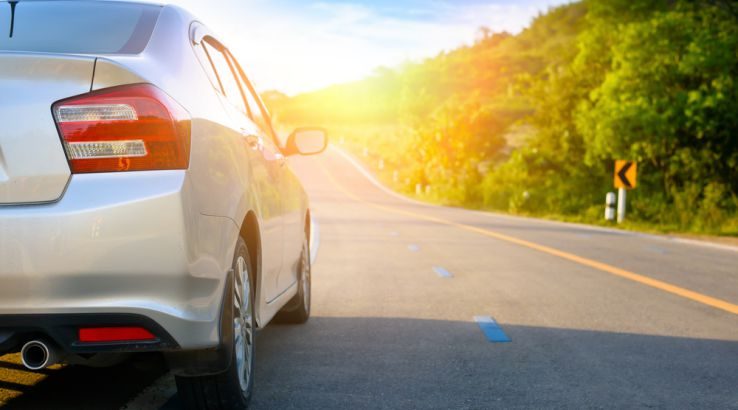 We're on target for another record year.

Sales of new vehicles in Australia are continuing at a record-setting pace, according to the latest November stats released by industry monitor VFACTS.

Over 100,000 cars were sold last month alone, which is another new record during an already unprecedented year of new car sales in the country.

"The momentum built in the market over the past few months appears to be continuing so we're on target for another record year," said Tony Weber, the chief executive of the Federal Chamber of Automotive Industries.

It's not all great news, though. It was the first month in history that not a single model in the top 10 sellers list was made in Australia. Instead, Japanese and Thai imports dominated the list.

The top seller was the Toyota HiLux, which beat another one-tonne workhorse, the Ford Ranger, for the number one spot on the November ranking. The always-popular Corolla came in at third, helping Toyota to cement its dominance as Australia's most popular new-car manufacturer, ahead of Mazda and Hyundai.

Old Aussie favourites Holden and Ford came in at fourth and fifth.

But there's no doubt that Australians are buying new cars at a very healthy rate. The November stats show that over a million new cars have been sold so far this year, which is up 2.5% on 12 months ago – and 2016 was already a record year.

By the end of the year, over 1.2 million new cars will have been sold in 2017 – an outright record for Australia.

In fact, every month this year has been a record-setter for new car sales, with the surging popularity of small cars, SUVs and 4x4 utes largely responsible for that.

The strength of the HiLux and Ranger shows that despite a dip in private buyers in November, confident businesses are buying plenty of SUVs as well as light commercial and heavy commercial vehicles. Government purchases, however, have dipped slightly.

Some passenger cars are also experiencing tough times. Not long after the last Holden rolled off the assembly line in South Australia, the once completely dominant Commodore had a bad month and slipped out of the top 10 sellers list for November.

It was an even worse month for another passenger car, the Toyota Camry, whose sales have plummeted by a massive 35% over the course of last year.

But the Japanese giant is still Australia's clear market leader and will easily sell more than 200,000 cars during the year for the sixth consecutive time.

Mazda can thank strong sales of its zippy Mazda3 and class-leading five-seat SUV, the CX-5, for its place as the second-best performing car manufacturer in Australia. But Hyundai is also doing well in third spot, powered by three models in the top three: the i30, the mid-sized SUV Tucson and one of Australia's best light cars, the Accent.

Mitsubishi takes sixth place, but the Japanese multinational is continuing to fight back and recorded an almost 14% sales increase in November alone. By the end of the year, Mitsubishi could overtake Ford for fifth spot on the top 10 list.

That is despite the fact the Ford Ranger, which was developed here in Australia, was the second-highest selling car across the country in November. But Ford doesn’t have any other models in the November top 10, with the Ranger and its similar Everest accounting for over 60% of all Ford sales.

Volkswagen continues to recover from “dieselgate”, with a second consecutive 10% sales increase for the month, even though it doesn't have a model in the top 10 list.

Nissan is struggling, with November sales down almost 20%. To date, the Japanese manufacturer has sold just over 50,000 cars, which is almost 10,000 units down on 2016 and just a quarter of Toyota's surging sales.

Kia may be only ninth overall, but South Korea's second-biggest car manufacturer continues to grow, while Subaru rounded out the top 10.

Thinking of buying a new car? Get on the road for less by finding the best deal on your new car loan.