What’s in store for the housing market in Australia in 2021? 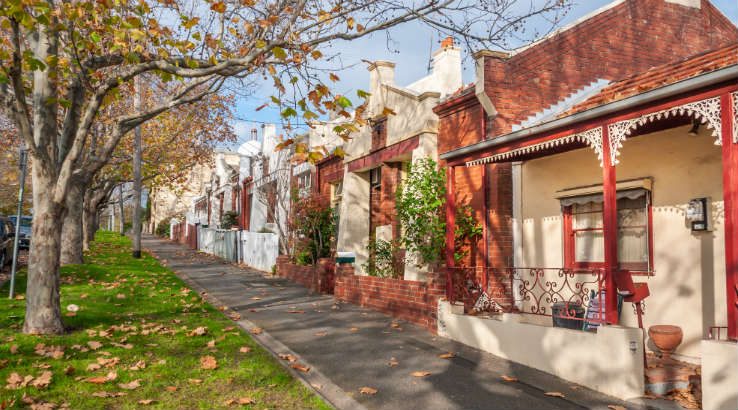 While the RBA's November cut will prove a boon to many homeowners, the future of the housing market in Australia remains fairly uncertain. The market has generally held up pretty well during the COVID-19 pandemic, but there are several factors at play which could determine if 2021 will be a year of growth or if the recent price increases are merely a dead cat bounce. Here, I'll round up four positive and negative indicators for the Australian housing market.

The latest CoreLogic data shows that, despite predictions of up to 15% drops in value earlier in the year, house prices in Australia have so far proved resilient against the dreary economic environment. Prices increased in all capitals bar Melbourne in October and were significantly higher compared to October 2019 in all cities bar Perth, which saw a marginal price increase of only 0.04%.

However, these numbers need to treat with some caution. House prices experienced a significant dip in late 2019 and recovered in the early half of this year, as can be seen in the average index of the five largest capital cities below. House prices are certainly on the way up, but they have a long way to go.

Australians borrowed almost $16 billion in September to purchase or build homes. This is the largest monthly amount ever – a huge 36% increase on the same figure in 2019. The combination of lower prices, rock-bottom interest rates, more generous government incentives and a relatively soft investment market has led to a frenzy of borrowing for owner-occupiers. There is also likely to be an element of fear-of-missing-out here, with many hopeful buyers not in a position to take advantage of the low prices towards the end of 2019 and eager to grab a bargain before prices rebound. This could be a very good sign for the housing market in Australia.

Positive #3: The RBA signalled that we may be coming out of recession, and cut the cash rate

RBA deputy governor Guy Debelle hinted before this week's cut that the economy may already be on the way out of recession, saying: "At the moment our best guess it looks like the economy probably recorded positive growth rather than negative."

This was further backed up in the RBA's post-cut statement this week: "In Australia, the economic recovery is underway and positive GDP growth is now expected in the September quarter, despite the restrictions in Victoria. It will, however, take some time to reach the pre-pandemic level of output."

The RBA's take suggests that the negative effect Melbourne's hard lockdown has had on the rest of the economy might be less than expected, with other regions performing better than expected. Things should improve further here as the country opens up, but we will be eagerly awaiting more numbers on this towards the end of the year.

On top of this, November's 15-basis-point cash rate cut will mean that borrowing becomes even cheaper for homeowners, which should provide a further gentle boost to the housing market.

Positive #4: Australian borders are opening up

After going through over 100 days of one of the hardest lockdowns in the Western world, Melbourne triumphantly emerged from its coronavirus fight last week. Despite the efforts of anti-mask conspiracy theorists, it looks like Melbourne may have done the impossible and eliminated COVID-19 (for now). It is refreshing to see how well Australia, New Zealand and several of our neighbours handled the threat of the virus.

If all goes to plan, we could be looking at Australian state borders opening up fully by Christmas, a trans-Tasman bubble early next year and a potential Oceania and Asian travel window later in 2021. While Australia's handling of the virus will be positive bait for investors, the increased movement of people will certainly benefit the economy.

So that's it for our list of positives, but there are two sides to every story. Here are several factors painting a grimmer picture for the economy and housing market.

The number of mortgage deferrals reported by major bank Westpac has fallen by 66% since the height of the COVID-19 pandemic. Great, yes? Not so fast. The reserve bank previously estimated that only 15% of customers would be struggling with their home loans at this stage. Thanks to Tarric Broker's Twitter feed for the tip on this one.

If this pattern plays out across other lenders too, it could be the case that the number of homeowners who struggle to repay their loans could be significantly higher than the RBA presumed. This could, of course, lead to increased mortgage defaults and a flood of emergency sales which could, in turn, be accelerated by the disappearance of JobKeeper.

Negative #2: JobKeeper is set to disappear

The federal government's JobKeeper payment of $1,500 per fortnight for full-time employees was reduced to $1,200 from 28 September. This will be cut again to $1,000 from 4 January until 28 March, after which the payments will, if the government sticks to its current plans, discontinue completely.

Australian businesses will need to be able to support themselves by the second quarter of 2021 or be forced to let employees go. Some industries such as hospitality and tourism will receive a significant boost if Australian and especially some international borders are opened in the first quarter of next year, but will this be enough? Watch this space.

Australian wage growth hit a new low in the June quarter with the average wage only increasing by 0.2%. What's more, the private sector component of that figure rose by only 0.1%. The likelihood is that wage growth for the September quarter could dip into negative territory, but we won't know this for a few more weeks.

We survey over 40 leading economists every month as part of our RBA Cash Rate Survey and ask them, among other things, if they have a generally positive, negative or neutral outlook on five different economic metrics. The positivity for wage growth in the survey over time is shown above. A turnaround in early 2021 is looking increasingly unlikely.

Negative #4: The rest of the world is heading back into lockdown

With the number of COVID-19 cases globally now approaching 50 million and not showing any signs of slowing down, countries around the world are closing up. Below is a list of all the list of European countries either introducing curfews or heading back into lockdown:

With cases skyrocketing in the United States and some level of restriction looking inevitable there, it looks like many countries will be facing further economic strain. With Australia relying heavily on international markets for tourism, labour and export, it may be a long, long time before things begin to approach normal again.

So there you have it, a positive and pessimistic look at what could affect the housing market in Australia. For more, check out our YouTube videos on this page or follow me on Twitter.

If you happen to be currently looking to buy a home or refinance for a better deal, the Finder app can help you find a better deal.