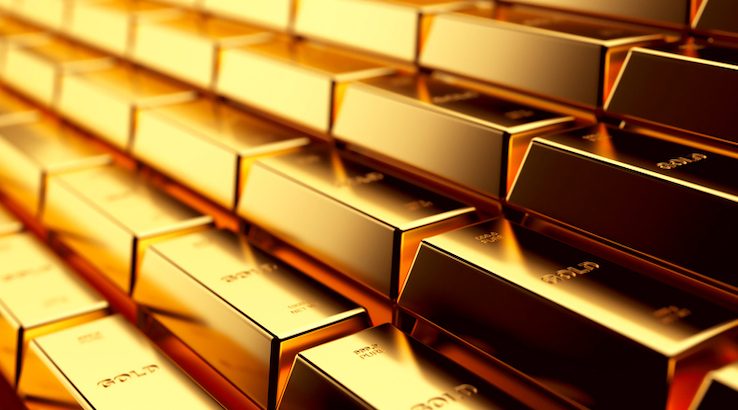 More than $200 million have poured into the fund in just weeks as the trade war sends investors flocking to "safe haven" investments.

At the end of July, funds under management (FUM) sat at $790 million, according to ASX data, which means an astonishing $210 million must have poured into the account in the last few weeks alone. As of Wednesday, funds had reached $1,016m.

It's the first commodity ETF in Australia to surpass the $1b milestone and the 14th ever exchange traded product (ETP) to do so on the Australian Securities Exchange (ASX).

It joins the ranks of dominant players such as BlackRock's iShares S&P 500 ETF and the Vanguard Australian Shares Index ETF.

Commodity ETFs, such as gold-themed ETFs, are a relatively low-cost way to invest in a commodity without actually having to buy and store it. Instead of physically owning the gold, investors track its price movements in the market.

As with most major market movements in the last 12 months, it's a combination of recession fears, the US-China trade war, falling interest rates and a market that is highly sensitive to what unpredictable world leaders post on Twitter. Such as the following:

On June 10th, the United States will impose a 5% Tariff on all goods coming into our Country from Mexico, until such time as illegal migrants coming through Mexico, and into our Country, STOP. The Tariff will gradually increase until the Illegal Immigration problem is remedied,..

Or a similar tweet from Donald last month that saw around US$766 billion wiped from Wall Street's benchmark S&P500 index and left our ASX200 index clocking its worst session in over a year.

During periods of economic uncertainty, it's not uncommon for investors to flock to safe-haven investments such as bonds and gold.

So far this year, more than $1.4 billion have moved into Australian bond ETFs, while hundreds of millions of dollars have poured into Australia's five gold-themed ETFs in recent weeks:

In the last 12 months, gold prices have rallied, with the commodity hitting a record high of around AUD$2,200 an ounce.

Those stock prices have come down in recent weeks, but ETF Securities chief executive Kris Walesby said he expected gold prices to continue climbing as fears of a recession dominate the market.

"The erosion in bond yields is a good indicator of the level of nervousness globally. The lack of any resolution to the U.S. China trade wars, unrest in Hong Kong, the cloud over Brexit, and signs of a slowing global economy mean investors are looking to shield their portfolios from volatility,” said Walesby.