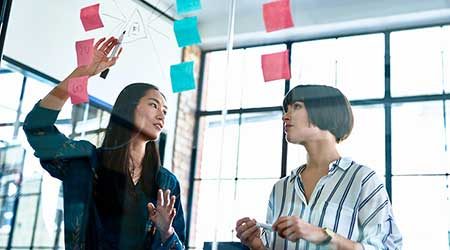 Judo Bank, Airwallex and Afterpay are all in the top 50, but there are notable changes from 2018.

A number of Australian fintech companies have been included in the Fintech 100, an annual ranking of the top innovative companies in the world. The report is produced by Fintech Innovators, a collaboration between Australian venture capital firm H2 Ventures and KPMG Fintech.

Three Australian fintech companies were listed in the top fifty and four in what is called the "Emerging 50". Cross-border payment startup Airwallex was the highest-ranked Australian company at #32, followed by Judo Bank at #33 and Afterpay at #47.

A spokesperson from Judo said the bank was delighted to be ranked in the top 50, calling the ranking "a testament to our passion and commitment for reinventing the craft of relationship banking".

"Starting a bank from a blank piece of paper has allowed Judo to outmanoeuvre the incumbent banks and challenge the status quo by leveraging cutting-edge modern technology to rejuvenate the dying craft of artisan business lending," they said.

This year was quite different from Australia's 2018 ranking, where Airwallex was number 49 and Afterpay was number 26. They were the only two Australian companies to make it into the top 50 that year.

The ranking is based on extensive global research and analysis with data relating to five factors: total capital raised, rate of capital raising geographic diversity, sectorial diversity and for the emerging companies ranking, the "X-factor" (degree of product, service and business model innovation).

Key highlights from the 2019 report show the flow of capital continues to fuel innovation in financial services and that leading fintech players attract a greater share of capital.

"Globally, we have seen a rise in companies from across the Asia Pacific (including China) which represent the top 6, and 7 of the top 10 fintech companies in 2019 with China again securing the most top ten positions," said Pollari.