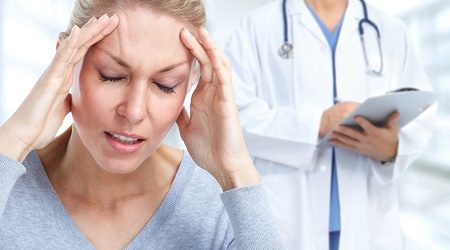 More than 5,000 Australians are diagnosed with lymphoma each year.

New studies have revealed Australians suffering from lymphoma, a deadly form of cancer affecting the body's immune system, suffer the highest levels of financial stress in the world.

The research was carried out by the international Lymphoma Coalition, consisting of more than 4,000 diagnosed patients from 72 countries.

Lymphoma is the fifth most-common cancer in adults and the third most-common childhood cancer. Given there are 50 sub-types of lymphoma, a lack of knowledge and awareness of symptoms can lead to late diagnosis, resulting in financial distress.

Survey results showed one in three Australians reported financial stress relating to their cancer, compared with just a quarter of respondents globally.

Australians were also significantly worse off than the rest of the world in terms of loss/reduction in employment (30% compared with 22%) and depression (41% compared with 33%).

Financial stress was almost a certainty for Aussies undergoing treatment (91%), while less than one-fifth (19%) experienced money problems prior to treatment.

"It is hard enough undergoing treatment for lymphoma without the additional stress of paying for vital medicines while being unable to work due to illness," Lymphoma Australia CEO Sharon Winton said.

While most Aussies believe they're in tiptop shape, studies show we don’t get enough exercise, we need more veggies in our diet, heart problems are increasing and chronic disease affects one in two adults.

More than 5,000 Australians are diagnosed with lymphoma each year – that's one every two hours.

And yet, with cancer so prolific in our society, it can be very difficult for sufferers to obtain travel insurance in order to enjoy a holiday. Use our comprehensive guide to find the best policy for you.

The average cost of medical procedures and prescription drugs for Australian hospital patients is often significantly higher than in other countries, resulting in pricier health insurance premiums

If you find yourself in tough financial circumstances, don't torture yourself. You're not alone. There are some simple steps you can follow to get your finances back on track.