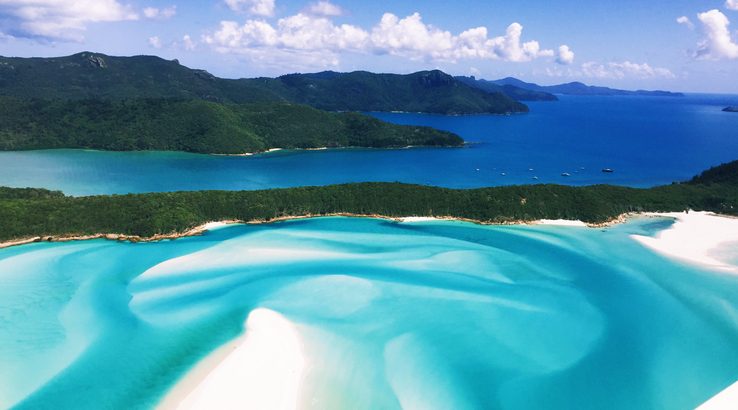 From shining sands to crystal waters.

A new survey of more than 600 travel agencies, journalists, editors and writers has assembled a list of the world's best beaches, and Australia's shining sands are definitely shining among the results.

Two of the top ten sit on Australia's coast, and four Australian beaches feature in the full list of the top 50.

Only the USA had more, with a total of five beaches in the top 50, including seasides in the Virgin Islands, Puerto Rico and Hawaii.

Beaches were judged on their beauty, sand and water quality, weather and remoteness. The result is a list of picture perfect beaches that feel great underfoot, and you might be able to have all to yourself.

Australia's best beaches in the world

Australia's best were ranked at number 2 to 29 in the world.

Whitehaven Beach in the Whitsundays was rated as world's second best. The pristine white sand picks up where the forests end, drawing you into the crystal clear water. With the Great Barrier Reef offshore you get plenty of sea life, and it's big enough that you can find a corner of it all to yourself.

"Whitehaven Beach has oh-so-white sands, deepest green rainforests, and crystalline waters. It’s a wild island, part of the Great Barrier Reef, and is by far the most beautiful location to experience." says Sharron Livingstone of The Travel Magazine.

Hyams Beach lies on the south coast of New South Wales, along Jervis Bay. If you believe the Guinness World Records it has the whitest sand in the world, and offers a perfect experience on the shore and in the water.

"Hyams Beach had the whitest sand I’ve ever seen against a beautiful backdrop. I almost couldn’t believe it to be true." said Jemma York of Academy Travel.

Despite that, Jervis Bay remains one of the best value beach escapes in all of Australia.

Western Australia's Lucky Bay impresses 150,000 visitors a year (for a 7 out of 10 remoteness score), but what it lacks in solitude it more than makes up for in friendly and curious wildlife. Visit, and get visited, by kangaroos on the beach or meet some of the slipperier locals underwater.

You can fly there in a couple of hours from Perth, letting you find a wild escape near civilisation.

"Lucky Bay is one of the most stunning untouched landscapes featuring azure waters, blindingly white sand and the occasional visit by local kangaroos." said Rebecca Chisholm of the Rottnest Island Authority.

Western Australia's Turquoise Bay lives up to its name, with some of the most vivid water anywhere in the world, accented by the pristine white sand. It's just a 2.5 hour flight from Perth and a twenty minute walk from Exmouth airport after landing.

Get up early and you can even make a day trip from Perth to paradise.

It's been recognised as one of Australia's top beaches before, and now it's finding a place as one of the world's best.

"The beach is wide, remote, and with very few people meant for a serene day in the tropics. The underwater marine life makes this beach even more spectacular with the astounding Ningaloo Coral Reef" said an expert from Uncornered Market.

17. Half Moon Bay, Antigua and Barbuda